Another year of the ACM Awards is in the books and while it wasn’t like events of the past, it brought together the Country music community and provided some much needed live performances.

If you got lost in the performances or the big winners from the evening, we don’t blame you. After all, these are the best and brightest in Country music.

1 The Entertainers of the Year… Well… Entertain

The 2020 ACM Awards kicked off as each Entertainer of the Year nominee performed from various Nashville locations. Luke Bryan, Eric Church, Luke Combs, Thomas Rhett, and Carrie Underwood all delivered short snippets of hit songs as the award show did a beautiful job seamlessly transitioning between different locations.

2 Keith Urban Opened The ACM Awards With A Powerful Monologue

Keith Urban served as the host of the 55th ACM Awards and delivered a powerful opening monologue. He sent his thoughts to those affected by the wildfires out West and the hurricanes in the South. Urban also delivered a message about the two pandemics the country is currently facing. "And of course we are still in the midst of trying to fight two pandemics: COVID-19 and social injustice. Far too many lives have been lost to both. The example set by our essential workers, our first responders, along with the voices crying out for equality in all walks of life, have echoed around the world and right here in our country community. They inspire us to come together, and work together, to address these challenges."

.@LukeBryanOnline brought the heat for his performance of #OneMargarita at the #ACMawards! 🔥 You do NOT want to miss any more, turn on @CBS now. pic.twitter.com/Ff8GUbG2zs

3 Luke Bryan Takes Us To The Shore

Luke Bryan brought us back to the beach with his performance of "One Margarita" live from the Grand Ole Opry in Nashville -- looking like a Hawaiian Tropic advertisement with all of the waves, umbrellas and the smell of shots in the air.

4 Miranda Takes Us To the Honky Tonk

Superstar singer and 2020 ACM award winner Miranda Lambert took us out of the arena and back to her roots with a stirring, stripped-down performance of "Bluebird" live from the iconic Nashville venue the Bluebird Cafe. 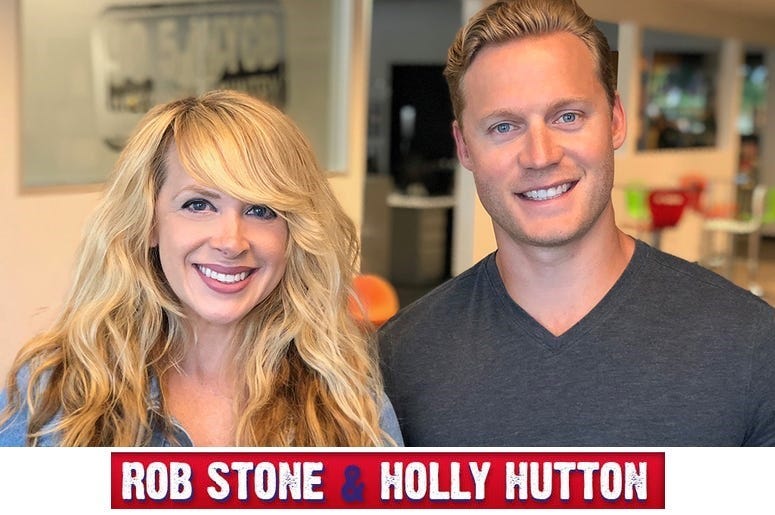 5 Rob and Holly Get Some Love

Rob Stone and Holly Hutton of RADIO.COM’s “The Rob + Holly Show" received a shout out during the 2020 ACM Awards right after Old Dominion was announced as the winner of Group of the Year. Congrats guys!

We've been itching to see this celebrity couple take the stage for what seems like forever, and their acoustic version of "Happy Anywhere" from the Bluebird Cafe with a little movie magic thrown in scratched our need perfectly.

“Patsy and Loretta, Martina and Barbara, Reba and Dolly.” That was Carrie Underwood’s introduction before she performed a tribute to Country music’s iconic female artists with an incredible medley of songs. It was powerful, it was beautiful, and it was one of the best performances of the night.

Kane Brown delivered his hit "Worldwide Beautiful" live from Nashville complete with a gorgeous sounding choir, belting it out from the balcony of the iconic Grand Ole Opry.

We'll have you, and we want you, @taylorswift13! It is so great to have Taylor back on the #ACMawards stage. Tune-in to @CBS to watch the show now! pic.twitter.com/nchgiiYzAV

9 Taylor Swift Is Back and Better Than Ever

Bathed in light on the iconic Opry stage, Taylor returned to the ACMs after a seven year absence, performing an acoustic version of her latest single "betty" leaving fans wondering when they'll get another chance to see her bring folklore to a truly live audience. “Yeah, I showed up at your party.” We’re glad you did Taylor.

.@TheTimMcGraw always knows how to pull on our heart strings. You can stream the entire #ACMawards on @CBSAllAccess! pic.twitter.com/uF7M0XZqZ4

10 Tim McGraw Called Mama and Shares How Women Inspire Him

Don’t mind that tear that’s rolling down our cheek. Tim McGraw took the stage at the Bluebird Cafe and performed his emotional song “I Called Mama.” A perfect song for the moment as it reminds all of us to not take anything for granted. Prior to introducing Mickey Guyton, McGraw shared an inspirational message about supporting women. “As a son, a husband, a proud father, and as a human I am enlightened and inspired by women every single day.”

If you aren't watching the #ACMawards right now, you're missing out! @MickeyGuyton just gave us a tear-jerking performance at the @opry. Turn on @CBS right now! pic.twitter.com/HGUYP7Q5zk

Mickey Guyton made history as the first Black female artist to ever perform at the ACM Awards. She donned a beautifully flowing white gown for an emotional performance of her single "What Are You Gonna Tell Her," accompanied by your host for the evening Keith Urban on piano.

12 The Bull Takes Home An ACM

Congrats are in order to RADIO.COM station 100.3 The Bull in Houston as they took home an ACM Award for Major Market Station of the Year!

From two different time-zones, Keith Urban and pop star P!nk performed their duet "One Too Many" from Keith's latest album The Speed of Now Part 1 in front of giant green screens, but you'd never know it -- It felt just like they were in the same room with us!

Who better than @trishayearwood to honor the legends that the Country Music community is grieving this year. ❤️ May we never forget the legacies these men and women have left for us all. #ACMawards pic.twitter.com/R3xUCasr37

14 Trisha Yearwood Tributes Those We Lost

"If you wander too far into the great unknown, you know I will find you, I'll carry you home." Saluting the close friends who were lost this year, from well-known artists to the songwriters behind the scenes, Trisha gave a candle-lit performance of her song "I'll Carry You Home" from the Opry stage.

How lucky are we! This year we have not one, but TWO winners for Entertainer of the Year. Congratulations to @ThomasRhett and @CarrieUnderwood! #ACMawards pic.twitter.com/txKWXIiwmW

15 A History Making Entertainer of the Year

In an ACMs first, there was a tie this year for the Entertainer of the Year trophy -- Thomas Rhett and Carrie Underwood BOTH shared the night's biggest honor. We couldn't say it any better than Carrie... "2020, man!"