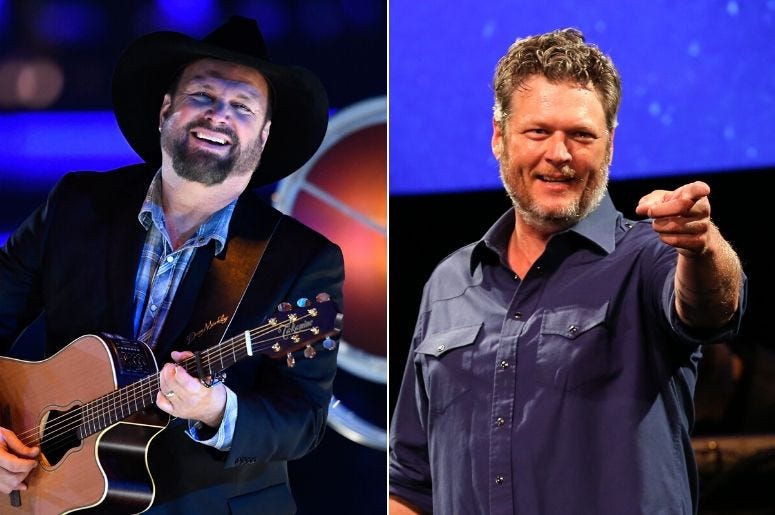 For the first time in over a decade, Garth Brooks is back in a music video.

The Country icon once again teamed with Blake Shelton on the video for “Dive Bar,” the duo’s hit collaboration which was released this summer. The pair officially dive into the deep end at 10AM ET on Friday November 1. 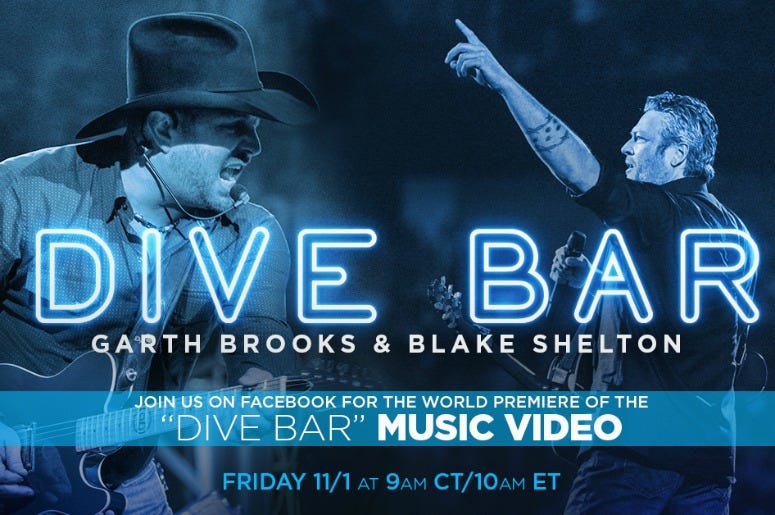 “I keep saying that this is the most fun I’ve ever had on a video shoot,” Brooks explained in a released. “I couldn’t stop laughing, just pure joy. The band, crew, Blake… everyone made this one an unforgettable experience. It’s been a while since we’ve done a music video and I hope everyone agrees this one was worth the wait.”

The video for “Dive Bar” arrives just days before Shelton and Brooks are set to take the stage at the 2019 CMA Awards. The pair will perform the song together for its television debut. Garth is also once again nominated for Entertainer of the Year.

RADIO.COM is proud to join Garth Brooks for the Facebook World Premiere of the “Dive Bar” video featuring Blake Shelton. You can watch the video right here and on our Facebook page, commenting along with your friends, just like at your own local “Dive Bar.”

Of course Garth has been celebrating the single at dive bars all across the country, taking a break from stadiums to play spots like The Dusty Armadillo in Ohio earlier this week. Stay tuned, you never know where he’s going to pop up next.

Garth Brooks is also making his music available on vinyl for the first time with his 5 album Legacy Collection arriving on November 1. Brooks shattered pre-sale records with 20,000 packages sold in under 18 hours earlier this year.