Garth Brooks spent the summer entertaining fans in stadiums across North America, and he’s sure to draw an enthusiastic crowd to Neyland Stadium in Knoxville, TN in November.

Brooks sold tens of thousands of tickets over the past few months and kept crowds on their feet with standards like “Friends in Low Places” and “The Thunder Rolls,” along with the fun new song he recorded with Blake Shelton – “Dive Bar.”

But none of those crowd-pleasers are the song Brooks enjoys playing the most. The 57-year-old told Martina McBride on her podcast his favorite is more of a deep cut he borrowed from The Oak Ridge Boys: “Callin’ Baton Rouge.”

“It’s the one that kind of flies under the radar,” Brooks said. “When you go to a concert of Garth’s, you’re thinking ‘Friends in Low Places,’ ‘Thunder,’ ‘Shameless’… and then ‘Callin’ Baton Rouge’ just catches you off guard and the whole crowd goes to another gear and they don’t come down from there.” 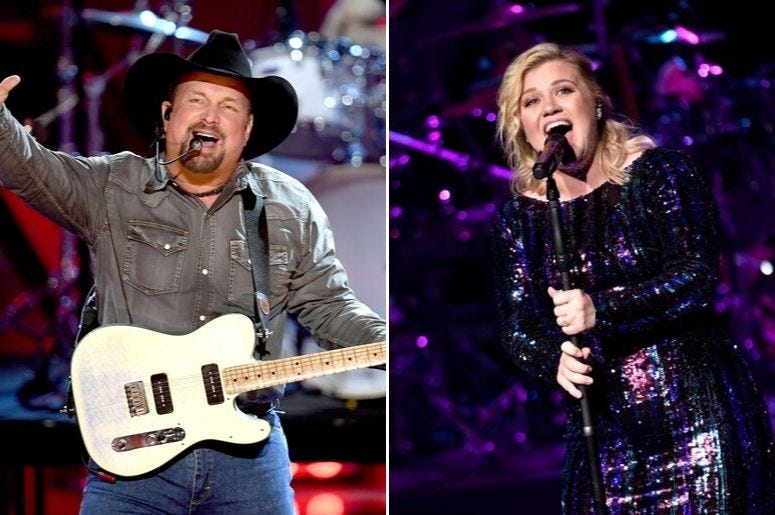 Brooks was honored with the inaugural George H.W. Bush Points of Light Award for Caring and Compassion this week. Former presidents Jimmy Carter, George W. Bush, Barack Obama and Bill Clinton served as honorary chairs for the gala in New York. Brooks was singled out for his charitable work, which includes his own Teammates for Kids Foundation and Habitat for Humanity.

"The fact that this award is a reflection of 41, his beloved Barbara, and the work they believed in is the greatest honor," Brooks said when the award was announced. "An award is only as good as its recipient – my hope and goal is to make the Bush family and the honorary chairs proud that Garth Brooks is the first name on this award for caring and compassion."