If HARDY's "Rednecker" was his breakout hit in 2019, it's his collaboration with fellow country stars Lauren Alaina and Devin Dawson in 2020 that shot him and his cohorts into living rooms and playlists nationwide.

Hopping on a video call, the trio came together in one (chat) room with RADIO.COM's Coop over the weekend to get into the fine details of the number one hit, and give fans a little bit of insight into how it all came together.

The track, which serves as a reminder about life's ups and downs was originally sent by HARDY to his publisher, with no intent to record it himself. "I didn't even know that it was going to be for me at the time," he explained.

"And then my manager calls me and he's like, 'dude, what the hell are you doing... Why did you not send this to me? ...This song is a hit!' That was when I started thinking like, 'holy crap, I guess this song is for me.'"

After deciding to record it put it at the end of his Hixtape, Vol. 1 project, a specific vision began to take shape. "I wanted to sing the verses and kind of be the storyteller," he says, "and I wanted a couple. I know that Lauren and Devin aren't a couple, but I wanted a male and female voice to sing the chorus to kind of represent the two people that the song is about."

Lauren remembers the first time she heard the song while out on the road in Denver. After hearing the track and getting the invite to be a part of the project, she immediately called HARDY back to tell him, "this is a smash!"

"You want me to be a part of this," she recalls asking excitedly. "I'm in!"

The lyrical theme of the track focuses on finding light in the darkness; something going seemingly wrong but turning out to be a great thing. For each of the singers, the trope is well-known.

Devin remembers touring with a metal band just out of high school, hitting the road in a broken trailer to chase their dreams. After an accident on a snowy Wyoming highway that set the band back, Devin took the time to refocus on songs that he had written himself, which eventually led to his solo career. "It seemed like the end of the world," says Devin, "but now I can't imagine the world not spinning!"

Lauren thinks back to her American Idol experience at the age of sixteen, where she came in second place to Scotty McCreery. After being given a record deal and moving to Nashville, she remembers sending songs to Country radio and not getting the response she hoped for in return. Followed immediately by a manager who stole from her and the need for vocal cord surgery, she thought her career had ended before it even began. "But I stuck it out. I had the vocal cord surgery," she says, "and that surgery ended up like doubling my range. I got my manager that I have now, Trisha, who is wonderful... and right after that I wrote 'Road Less Traveled,' that whole album, and that album changed my life obviously."

HARDY's story is similar to Lauren's, but could be chalked up to "impatience more than anything else," he says. He thinks back to his time as a songwriter making $1,000 a week with a publishing deal that had not produced any finished recordings, while at the same time not wanting to take another job in order to stay dedicated to his craft. "The lesson behind it was that, I thought my songs were good enough to get cut, and the hindsight thing is that I didn't give up and I kept writing, and I got better... I realized that they weren't good enough... and that I just had to keep going. I literally considered moving home, I didn't know what I was going to do. I just stuck it out and everything kind of worked out. The next year I got a cut and then the year after that I got 30."

Watch the full interview above as HARDY, Devin, and Lauren discuss even more, including the "One Beer" video shoot which Lauren was woefully unprepared for in her white boots. HARDY on the other hand came to win, offering up not just one beer but many for everyone to chug down before stepping in front of the cameras.

"We drank like five beers a piece and then went out there and did the shot," HARDY remembers. "Probably the most fun I've had shooting a video so far. It's more fun when you've got other people with you." 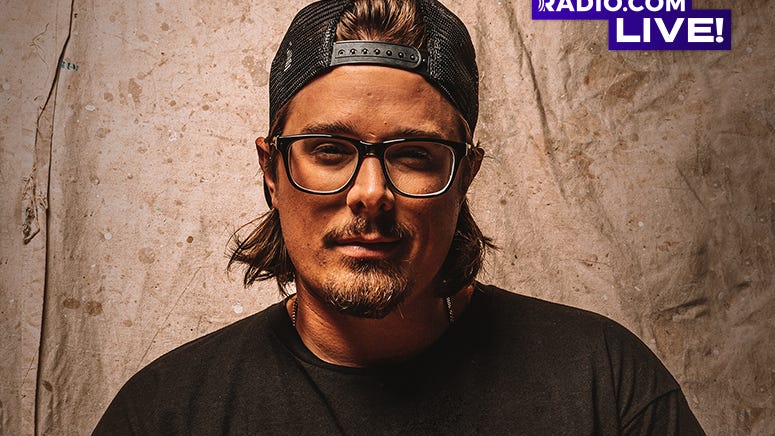 RADIO.COM LIVE: HARDY relives the 'stoner realization' of 'A ROCK'

HARDY released his debut album, A Rock, earlier this year, co-writing the 12-songs over the last several years and finishing it up while under quarantine. “It feels good, it's been a long time coming," he told Coop. "I’ve put out projects in the past, but nothing that's kind of been like, you know, my baby, my first real solo record.”

Party with Coop each and every Saturday night from 7PM to Midnight on RADIO.COM with the most fun allowed by law! Country stars, listener check-ins, hot phones, fun social media... it’s all part of Coop’s Rockin’ Saturday Night!