Jake Owen clearly has what it takes to be a dad – and a rapper too.

The country star showed off his parenting skills and vocal versatility at the same time in a heart-warming Instagram video he put together with his 7-year-old daughter, Pearl.

The informal clip recorded in a makeshift studio features an anti-bullying message, with the father-daughter team providing words for young people to live by.

"Never be a bully, that ain't cool, especially when you’re going to school," Owen sings, before Pearl adds her own verse.  Jake continues: "I send you to school down in Florida, hopin' there be no bullies there for ya.”

Pearl assures “we only have two bullies in our class.”

The video was actually posted before Jake broke his wrist trying to teach Pearl another lesson. Last month, the “Barefoot Blue Jean Night” singer ended up in the hospital when he apparently took a spill. He said he was trying to show his daughter how *not* to skateboard when his demonstration proved to be too prophetic.

Owen says he should be all healed up in time to hit the road with Lady Antebellum this summer. He and Maddie & Tae will serves as openers on Lady A’s Ocean tour. It begins on May 21st in Albuquerque and runs through September 12th in Nashville. 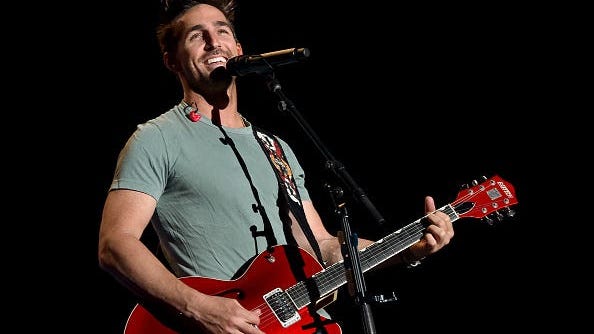