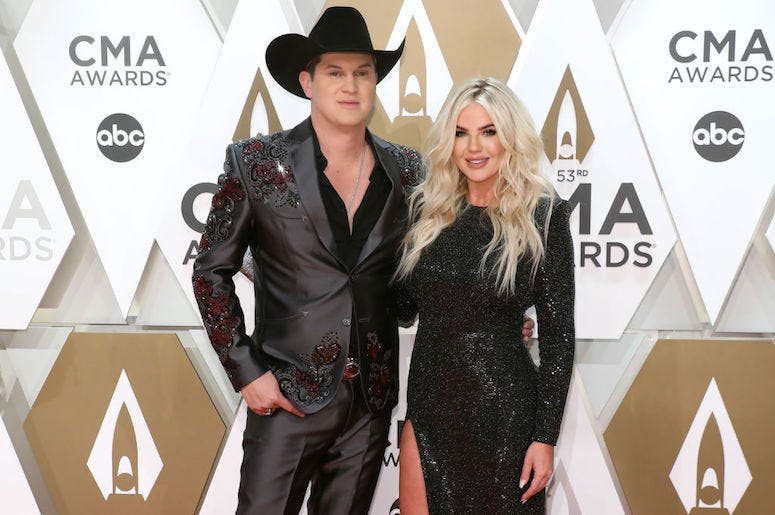 Moooooove over Rover, there’s a new pet in town.

The newlywed Jon Pardi and Summer Duncan are getting set to celebrate their first Christmas as a married couple and Jon is making sure it’ll be one they remember for the rest of their lives.

In an interview with Taste of Country Nights, Pardi revealed the unusual gift he has planned for his wife… A cow.

"I was supposed to go look at this cow," Pardi said. "[Summer] really wants a Highlander cow. I don't know if you know what a Highlander cow is, but they're big, fluffy cows, and they're very tame. Basically, they're really great in a petting zoo, and she really wants one."

Unsurprisingly, there’s a lot of work that goes into owning a cow and that’s giving Pardi a bit of a pause on his purchase.

"It's just one more thing I gotta do. Then I gotta build the damn pen, build a little shed for him, run water, and like … you can't just buy a cow."

"Then you gotta get him a buddy, that's the other thing. So it's either gonna be a donkey, or a miniature donkey… I would like a goat," he continued. Whatever animals Jon ends up purchasing, we’re looking forward to the opening of the Pardi Pet Farm (patent pending).

If you’ve been a fan of Jon and Summer’s web series “Pardi Time,” then this story won’t surprise you. The ever-entertaining couple constantly gets creative with their relationship, something that’s helped them out during the COVID-19 pandemic.

Speaking with RADIO.COM's Rob + Holly earlier this month, Jon offered advice on how couples who are constantly together due to quarantine can keep from "killing each other." His recommendation might just surprise you.