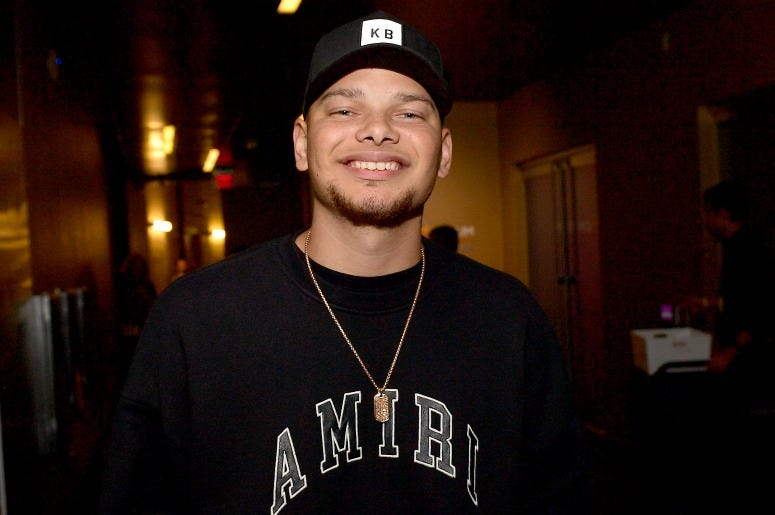 It’s been a heavy few weeks for Kane Brown.

The “One Thing Right” singer has been dealing with the death of his longtime drummer, who died in a car accident earlier this month. In the aftermath, Brown has cancelled shows and offered a tearful tribute to his friend, Kenny Dixon. Now, there’s finally a bit of bright light for Kane to come home to.

“We have had some super rough days lately… but this puts a smile on my face,” Brown wrote on Instagram as he toured the nursery for his unborn daughter, Kingsley.

Brown takes a tour of the nursery, filled with plenty of animals and crowns fit for a King. The white and blue room features its own flatscreen TV and her name in neon.

Brown has previously shared that the car seat is already in the car and he’s been reading up on all the best baby books. Earlier this year, Kane also told RADIO.COM about plans to baby-proof the tour bus. "We're gonna customize it," he said. "Our new bus has a bench in the back, so we're gonna cut half of it out and put a crib right by our bed."

Kenny Dixon was just 27 years old at the time of his death. The two had worked together for years before Brown’s career began to take off. "Love you so much dude! You started all of this with me from the start in 2015 when nobody else believed we would make it out of Chattanooga,” Brown wrote after his passing. “I know you will be watching over us with that redneck accent that we all love and you will never be replaced bro! I promise u that!"