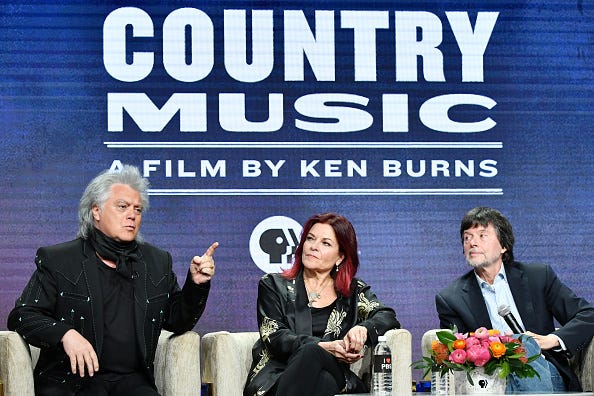 Filmmaker Ken Burns has a new documentary out and its timing is perfect for International Country Music Day this Tuesday.

According to The Hollywood Reporter, Burns goes through the history of country music and how the genre evolved and rose to popularity in America.

Beginning in the early 1900s, Burns traces the roots of country and where its influences originated from — Africa, England, Scotland and Ireland — and other genres it borrowed elements from to help create the unique brand of country that we are familiar with today.

He dives into the legendary icons who helped popularize the genre in America, such as Johnny Cash and others.

Despite the lengthy run-time, The Hollywood Reporter noted that “Country Music” wraps up around 1996, failing to cover the more “modern” country scene.

Still, it’s a journey through the history of country music and the fascinating and incredible artists who have helped shape the genre that should make any country fan interested in tuning into the film.