The woman at the heart of Luke Bryan’s seductive new single is in control, and he’s not going to stop her.

"She wants my hands on her body. She wants to burn like she’s made of fire," Bryan sings on the chorus that neatly sums up “What She Wants Tonight.” The passionate lyrics propel a song that has a bit of a rock feel to it. Bryan co-wrote it with Ross Copperman, Hillary Lindsey and Jon Note.

“I have wanted to get together with this group of writers for a long time,” Bryan said in a statement. “We came up with some really infectious hooks for this song and I think women listeners are going to like that the girl in the song controls the dynamic of the situation. I’ve been wanting to get a big rocking tempo out for some time and this is certainly it.”

The accompanying video brings the scenario to life – with a shocking twist at the end. 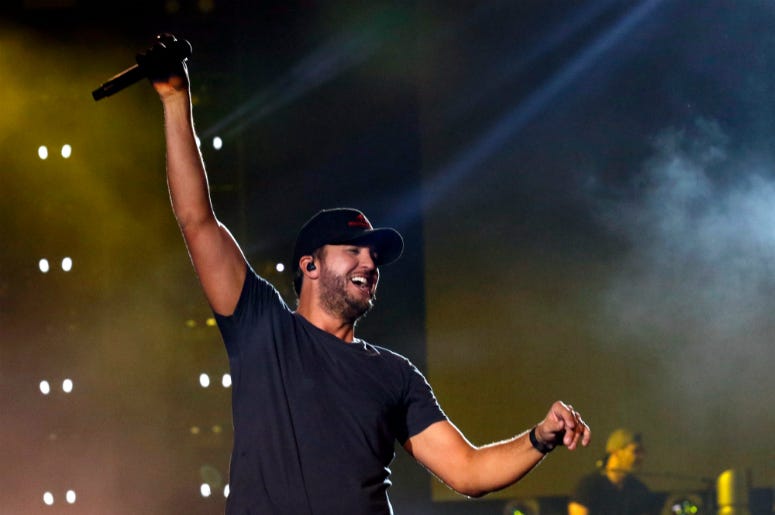 The Songs Luke Bryan Has Played Live the Most

Another one of the lyrics in the new song is “I get to be what she wants tonight,” which also perfectly describes Bryan’s upcoming Halloween situation. He said his wife is in charge of picking his costume and he won’t know what it is until she gives it to him.

"I heard that it's feathery this year," he joked to reporters backstage at the Grand Ole Opry this week. “My tradition for Halloween is Caroline picks the outfit," Bryan added last year. "I never know what I’m wearing… One year I dressed up as the old lady, and she dressed up as, she called herself a dirty old man. So, she went around acting like an old man saying snide comments to everybody. That was a fun one. The main thing is Caroline, she loves Halloween and always has.”