2020 has been a unique year to say the least. For Luke Combs, he’ll have plenty of reasons to look back on it fondly.

To date, he’s released a handful of songs, got married, hosted a fundraiser to help bartenders that have been out of work from the COVID-19 pandemic, and held numerous livestreams to keep his fans entertained during quarantine.

Now, he’ll be able to add a deluxe album to his list of accomplishments this year.

On October 23, Luke Combs will release a brand new deluxe album called What You See Ain’t Always What You Get.

The album serves as an extension of his 2019 record What You See Is What You Get as it features all 18 songs from the album along with five new tracks. 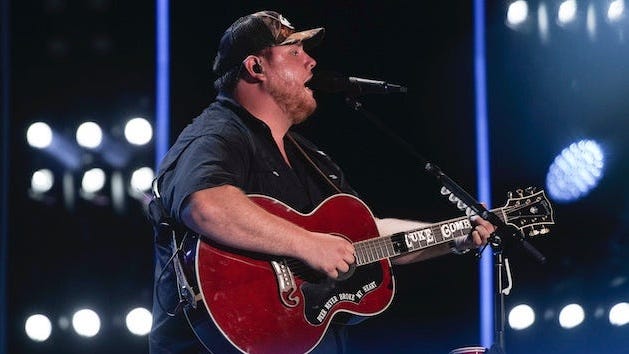 It hasn’t been confirmed whether or not his quarantine songs such as “Cold As You” or “Six Feet Apart” will be included in the deluxe album.

Either way, it marks a continued celebration for Combs’ smash album What You See Is What You Get. The album made history as Combs became the first artist to have his first two studio albums spend more than 25 weeks at the number one spot on the Billboard Top Country Albums chart.

His 2017 debut album This One’s For You has spent 50 non-consecutive weeks at the number one spot, tying the record for the longest duration atop the chart with Shania Twain’s Come On Over in 1997.