Luke Combs and Miranda Lambert are engaged in some friendly chart competition with Carrie Underwood. Both country superstars have released albums that are rivaling the success of the “Southbound” singer.

Combs’ What You See is What You Get boasts the biggest first week sales for a country album since Underwood’s Cry Pretty in 2018. The album also soared to #1 on the Billboard 200, giving Combs’ his first #1 on the all-genre chart with his sophomore effort.

Lambert is also elbowing her way into Underwood territory with Wildcard.
The album entered the Hot Country Albums chart at #1 – her seventh consecutive album to do so. Only Underwood has matched the feat in the chart’s 55-year history. 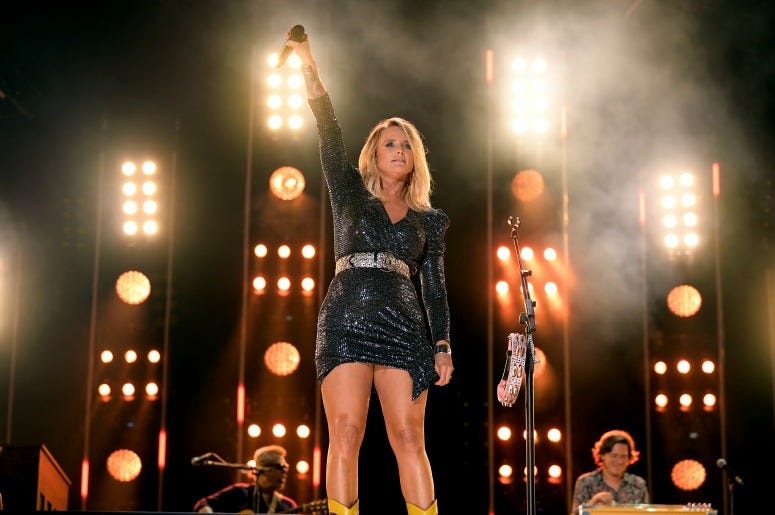 Our 10 Favorite Miranda Lambert Instagram Moments of the Year

Combs recently hosted RADIO.COM’s coverage of the 2019 CMA Awards, when he had a chance to ask Underwood what gets better every year as host?

“The comfort level gets better,” Underwood answered. “You kinda realize your role in the whole situation. Sometimes in the beginning I remember things would kinda be coming together last minute and everybody’s panicked and is like ‘oh my gosh we’re never gonna get this’ and ‘what’s gonna happen? We don’t know.’ Now we’re like, ‘meh, we’re fine.’”

Underwood was joined as host this year by Reba McEntire and Dolly Parton. Look back at our extensive exclusive coverage here.