Miranda Lambert and Maren Morris aren’t happy about what he’s done, but they aren’t going to give up their freedom over it. That’s the tongue-in-cheek story behind their new duet.

The country music veteran and the rising star joined forces on “Way Too Pretty for Prison.” They’re commiserating over a cheating boyfriend and it starts to get a little dark before they pull back, if only to avoid those orange jumpsuits.

“He cheated, he's a villain; And you know I'd help you kill him,” Lambert sings on the chorus before Morris chimes in: “But we're way too pretty for prison; Hard time ain't our kind of livin.’”

Lambert says the song was inspired by a wine night she had with Little Big Town’s Karen Fairchild.

“I always tell people ‘don’t leave if you’ve been drinking cause you’re way too prison,’” Lambert explained. “The Love Junkies and I turned that into a song and Maren Morris sang her ass off on it.” 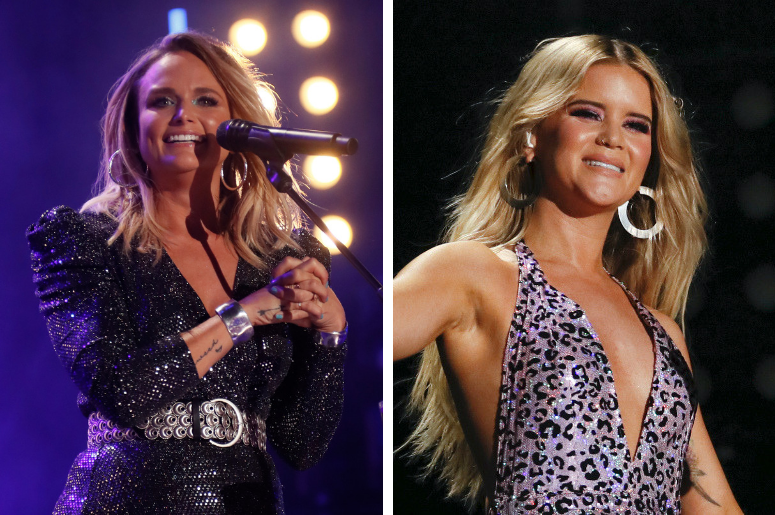 “Way Too Pretty for Prison” is the latest preview of Lambert’s forthcoming new album. Wildcard is set to be released November 1 and also features the previously-released songs “Bluebird,” “It All Comes Out in the Wash,” “Locomotive” and “Mess With My Head.”

We have to assume Lambert and Morris will take the opportunity to perform their new duet live when Maren joins Miranda on select dates on her Roadside Bars & Pink Guitars Tour. Their first joint date is October 3 in Lafayette, LA.