Miranda Lambert is in a good mood as she gets set to kick off a big North American tour, and she has her husband to thank for that.

The “Bluebird” singer was in stealth mode as she filmed Brendan McLoughlin during what he thought was a private moment in the kitchen. The NYPD officer was whipping up a nice meal while singing along to Guns ‘N Roses’ “Sweet Child O’ Mine.” Miranda liked that he was shirtless too.

“Happy 2020 y’all! This is our last Friday night off for a bit! Starting rehearsals for the #Wildcard tour with @codyjohnson and @lancomusic. Kicking off on 1/16 in Tupelo MS! See y’all out there! House husband shirtless promo volume 4,” she wrote.”

Lambert added: “P.S. who looks like this after holidays in Texas? We ate a $hit ton of Tex Mex. WTH?” 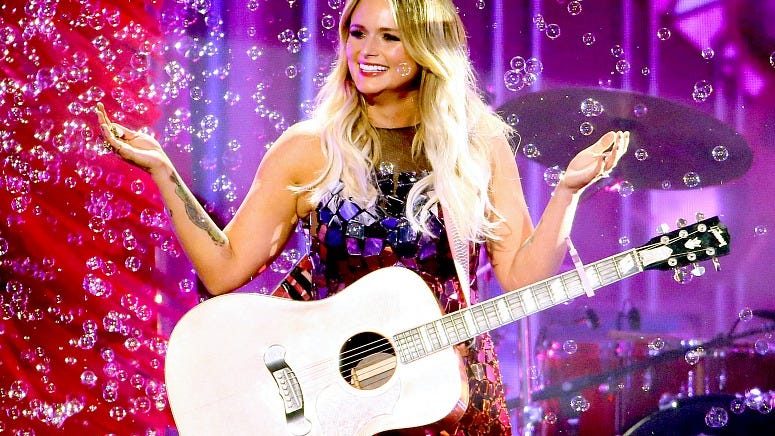 This isn’t the first time the eyes of the world have been on McLoughlin as he did chores. Back in July, he became a built-in promo for Lambert’s new song “It All Comes Out in the Wash.” Instead of cooking shirtless, he was doing the laundry shirtless.

Lambert released her seventh studio album Wildcard in November. She called it personal and hopes fans take something out of it.

“When people listen to this record, I want them to know that I see them and hear them,” she said. “I feel you, because I’m just a girl from East Texas, writing about all the things that go on in my world and in the worlds of people around me. I want people to get along, you know, just be who you are, own it and move on from the moments you couldn’t live in.”