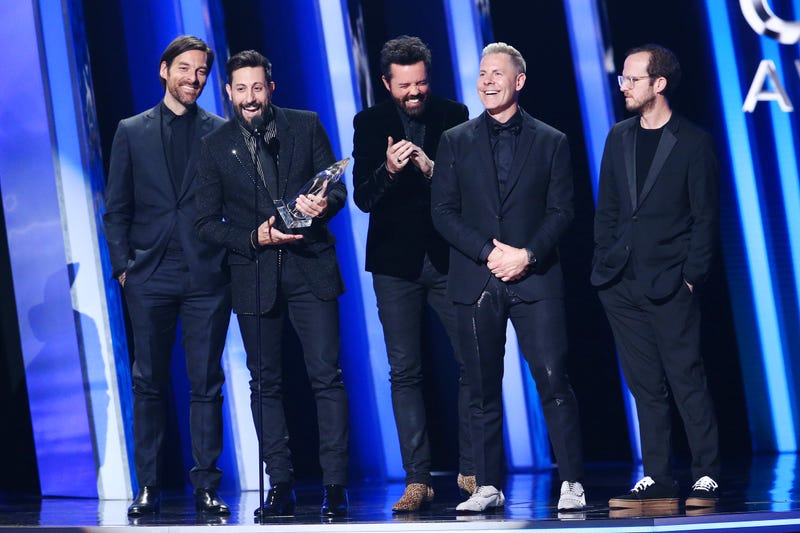 Coming off multiple wins at the ACM Awards and heading into the CMA Awards, Old Dominion stopped by RADIO.COM's Coop’s Rockin Country Saturday Night to give us some insight into how 2020 has been going for them.

While the band hasn’t been able to tour or perform much this year, Old Dominion has been sweeping the award shows and “sitting on top of the world… at home,” jokes the group.

The music video for “Never Be Sorry” has just debuted and fans are loving it, but at first Old Dominion revealed that they weren’t sure they wanted to take the song on. When they first heard the song during a studio session the band was having a hard time finding the right vibe around the song.

“The one just took an especially long time to lockdown. We tried it in a lot of different ways,” explains the Nashville based band. However, after overcoming frustrations and changing tempos, chords, and the general feeling of the song, the five members of the band settled on exactly what we hear now.

The band’s latest self-titled album has been well received by fans. This year at the 2020 CMAs, Old Dominion is nominated for both Group of the Year and Album of the Year. Trevor Rosen shares his favorite CMAs memory and tells us, “as a songwriter, I remember The Band Perry, I wrote a song called 'Better Dig Two' and it was the first time I was ever at any award show and I got invited to go down there with Brandy Clark and they debuted that song on the CMAs. That was a really cool moment for Brandy and I.”

WATCH MORE: Old Dominion once punk'd us all during an ACM performance and we had no idea!

Old Dominion members have written many songs for various Country artists, and the band shares that there are some songs the band wishes they could have for themselves, but at the same time many of these songs that they have written have lead to the upward trajectory of their careers. “We wrote a song for Dierks Bentley called 'Say You Do' that we used to play in our live set all the time and it was a very Old Dominion song… It really helped our career when Dierks cut it and put it out…” explains the band.

Now the band is seeing so much success and getting credit where credit is due. They joke that they know they’ve made it since they could “meow a whole album” in reference to Old Dominion’s must-see “Meow Mix” viral moment.