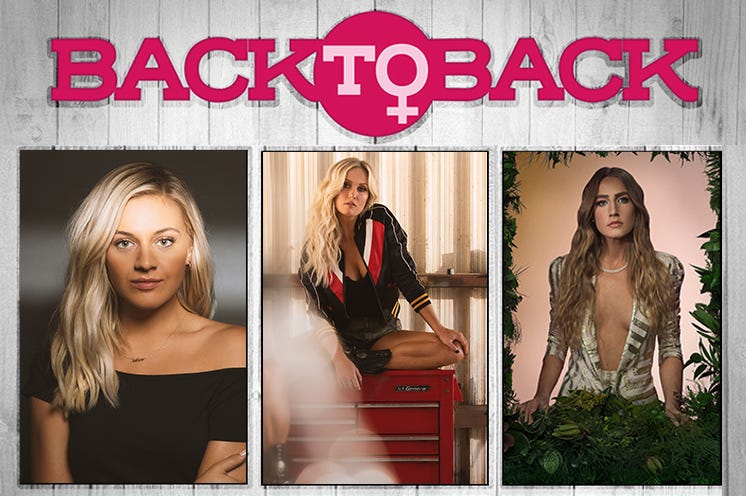 Kelsea Ballerini - Hole In The Bottle

GRAMMY-nominated Kelsea Ballerini's new single "Hole in the Bottle" is just a good old fashioned drinking song and what we needed for 2020 (well, and 2021). Kelsea says that she was pretty much finished with the album when they started writing this song for fun and realized it was something special and decided to add it to her record, kelsea.​

This week on Back to Back, meet Country music newcomer, Meghan Patrick. A Canadian and former snowboarder, Meghan was training and on track to one day compete in the Olympics but after a serious injury began to pursue a career in Country music. Featured this week is her debut single, "My First Car."

After the success of her number-one debut single "More Hearts Than Mine," Ingrid Andress is back with the next single and title track of her 2020 album, Lady Like. In it, Ingrid addresses outdated stereotypes and her version of being "Lady Like."