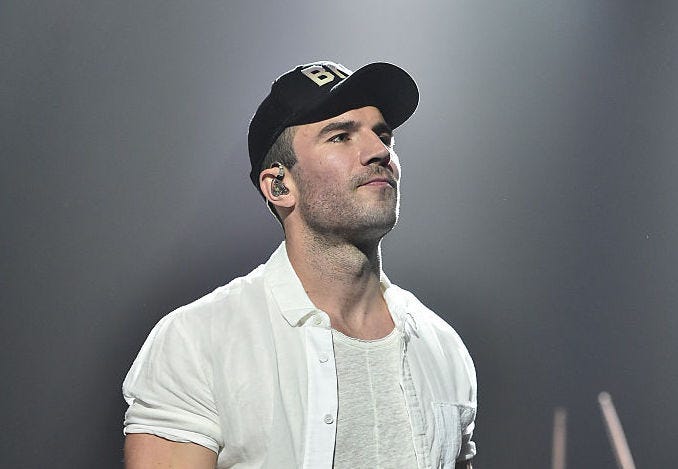 Sam Hunt released a statement on Friday afternoon regarding his DUI arrest in Nashville on Thursday.

Thursday night I decided to drive myself home after drinking at a friend’s show in downtown Nashville. It was a poor and selfish decision and I apologize to everyone who was unknowingly put at risk and let down by it. It won’t happen again.

"Thursday night I decided to drive myself home after drinking at a friend's show in downtown Nashville," Hunt began the tweet. "It was a poor and selfish decision and I apologize to everyone who was unknowingly put at risk and let down by it."

Hunt was arrested Thursday for driving under the influence and violating open container law in Nashville.

E! News reports that the 34-year-old country singer was in Metro-Davidson County Detention facility around 6 am and was released on a $2,500 bond just after 9 am. He is set to appear in court on January 17, 2020.

According to the arrest warrant, Hunt was spotted driving down the wrong side of the road. After swerving in and out of his lane, police officers pulled the driver over, reported E! News.

He was the only person in the vehicle at the time it was pulled over, and officers claimed “there was an obvious odor consistent with alcoholic beverage.” They also reported that the singer had “red bloodshot and watery eyes.” Hunt had two empty beers next to him in the car, according to the arrest warrant, reported E! News.

The singer failed to complete standard sobriety tests and showed “numerous signs of impairment on all tests conducted.” His breath test showed a blood alcohol content of 0.173, above the legal limit of 0.08, per the arrest warrant.

news
Fauci says US has ‘done worse than most any other country’ on COVID pandemic
sports
Texans' AFC South opponents, NFL donate $200,000 to Houston winter storm relief
news
38-year-old father of 7 dies of COVID-19: ‘That was my other half’
sports
Bucs QB coach: Tom Brady wanted to emulate what Peyton Manning did in Denver
sports
Luke Voit on Domingo German: 'He's skating on thin ice'
sports
Bucs rookie standout trying to redeem himself after Super Bowl taunting fine