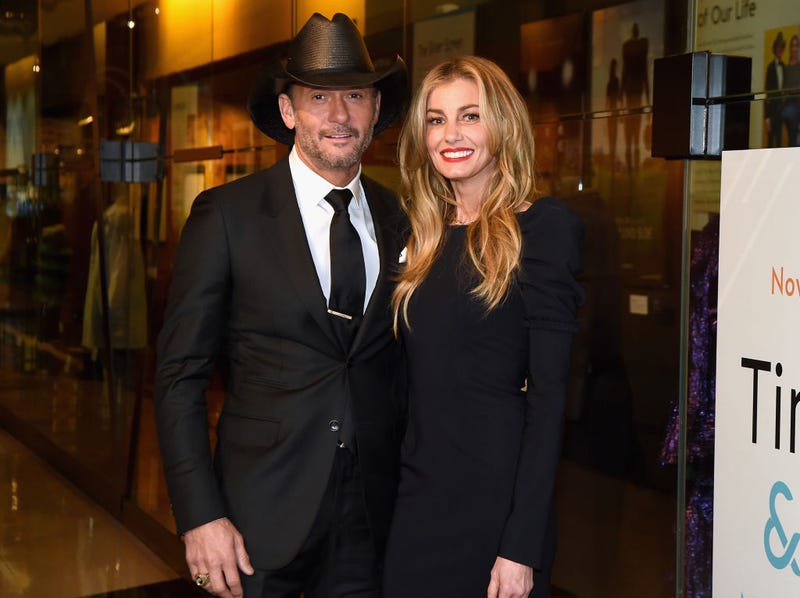 Country superstars Tim McGraw and Faith Hill just celebrated 23 years of marriage! The couple who tied the knot in 1996 shared sweet tribute posts over the weekend.

McGraw shared a photo of the couple from the 1997 American Music Awards with a caption that said “Happy anniversary baby!!” He then said that he can’t wait for the next 50 years being married to Hill.

Hill also shared a sweet picture of the couple and said, “to my one and only, Happy Anniversary, my love,” she wrote alongside a throwback photo of the couple striking a silly pose together. “Love you 💗❤️.”

The couple frequently posts loving messages for each other on their social media accounts. In September when Hill turned 52, McGraw praised his wife and called her “my best friend.”

According to People, the couple first met while performing on their 1996 Spontaneous Combustion tour. “We were young and silly and goo-goo-eyed in love,” McGraw told People about falling for each other.

The couple is known for participating in charities. In April of 2018, both Hill and McGraw joined several celebrities in an Earth Day initiative.

In 2017 both McGraw and Hill dropped their first album together, The Rest of Our Life.

In a RADIO.COM EXCLUSIVE interview, McGraw and Hill shared everything from the reasoning behind the album title, why they feel so humble knowing their new music will be a soundtrack to a lot of their fan’s lives, and more.

The Rest Of Our Life track list features eleven new songs and nine of which McGraw and Hill produced.