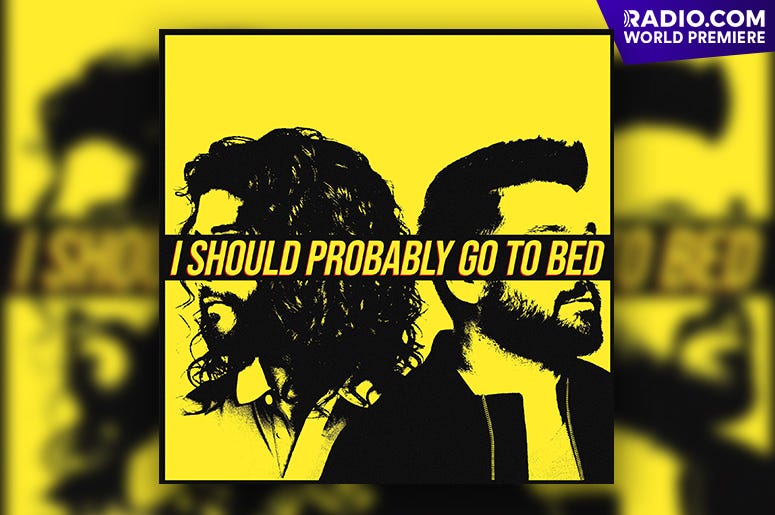 Dan + Shay aren’t afraid that it might be time to hit the hay with their brand new single “I Should Probably Go To Bed.”

The song will likely be a part of the Country duo’s upcoming fourth studio album and you can hear the World Premiere of it this Friday July 31 starting at 12AM ET, all day on your favorite RADIO.COM Country station and on the RADIO.COM App.

Dan + Shay teased the song throughout the week on their social media accounts. On Monday, they asked fans what they thought #ISPGTB stands for before they revealed the title and single art.

what does #ISPGTB stand for?

On Instagram, the duo teased the song with a short clip featuring people in 70’s era clothes and cars getting out of their vehicles to look at something in the sky.

Afterwards, the group shared a tweet from RADIO.COM’s Alek Halverson who said “trust me when I tell you…. This song is song of the year material.”

The last video Dan + Shay shared was a short clip on Instagram with a voice whispering “I should probably go to bed” followed by music from a string section.

The collaboration with Justin Bieber marked the first work the group has done together after several years of friendship.

“This song means a lot to all of us, and we hope that this song resonates as much to our fans as it does to us,” Shay Mooney said at the time.