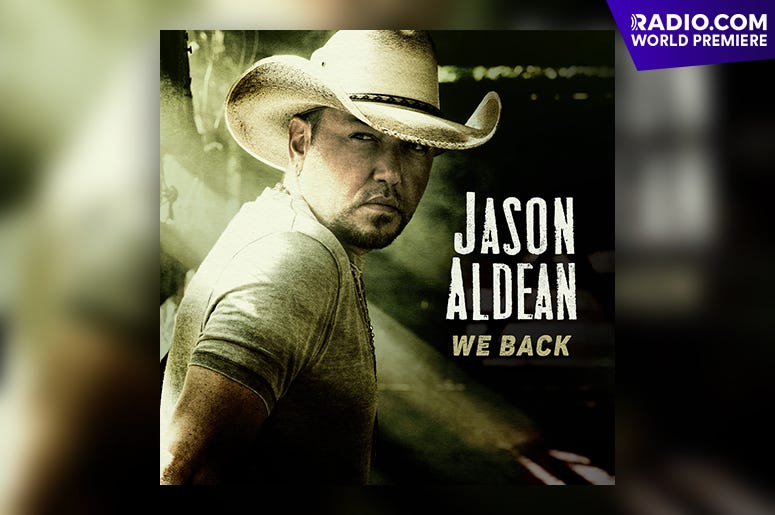 Despite just landing his 23rd number one single with “Rearview Town” a few weeks ago, Jason Aldean is already set to storm your speakers with another one.

“We Back” is a cranked up ode to the good old days, and the good old boys with dirt on their boots and Marshall Tucker in the truck. With a crunchy riff and a howling guitar, Aldean proves her never left, muscling up another smash.

“We Back” is a RADIO.COM World Premiere, which means you can hear it here and stream it on the RADIO.COM app all throughout the day on Monday September 9.

Jason currently has a lot to juggle, with a new baby at home and a tour making its way across the country for the next month, yet he’s still at work on a new album. Earlier this year, Aldean posted a photo from the studio with his son Memphis helping him out. “Back in the studio this week working on a new album with some help from lil’ man,” he wrote as he puts in time for album number 9.

In April of 2018, Aldean released Rearview Town, his fourth consecutive album to land at number one. In August, the title track earned him his 23rd number one single.

You can find a complete list of upcoming tour dates for Jason Aldean here.