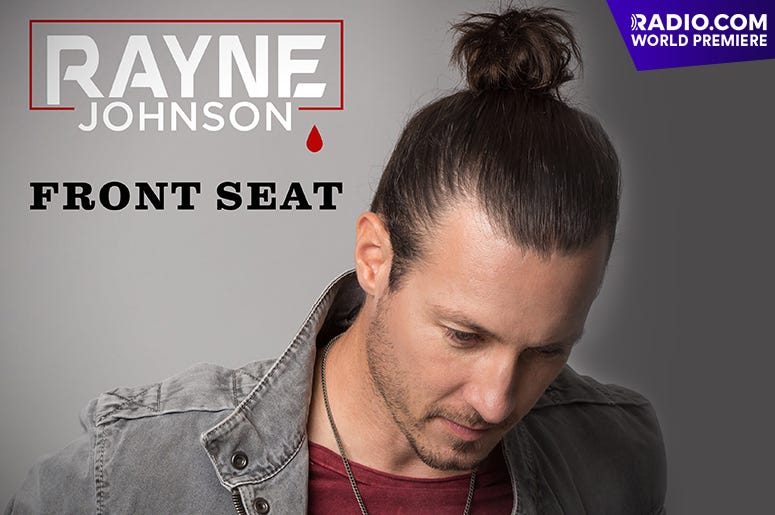 There’s nothing presumptuous about “Front Seat,” the latest single from rising Country star Rayne Johnson. On this tender ballad, Johnson simply explains that a Queen deserves to be treated as such, honored with affection and attention, and never ever relegated to the backseat. He’s not saying he needs to be the one, but everyone should be on the right side of the right person.

“Front Seat” is a RADIO.COM World Premiere, which means you can hear it here and stream it on the RADIO.COM app all throughout the day on Monday September 23.

“Front Seat’ was written to encourage women — no matter what age or background — to look into themselves and recognize their true worth,” Johnson told CMT earlier this year. “Also for guys to check themselves and say, ‘I wanna be the good guy.’ It’s impossible to fit the hundred of things women go through so we landed on ‘less than mediocre relationship’ to tell the story.”

Johnson, who started as a demo singer, has proven that his talents are ready for the main stage. Opening for some of Country’s biggest names, it quickly became apparent that he was destine to set out on his own. The early examples show Rayne mixing soul and pop into his brand of Country for a promising start with a batch of strong songs.

Rayne Johnson has a few performances lined up for the end of September and into October, with plans for more on the way. You can find out more about Rayne at his website, RayneJohnson.com.