Ed Sheeran and longtime girlfriend Cherry Seaborn were rumored to have tied the knot months ago. After tons of speculation he was officially off the market, the singer-songwriter has finally confirmed it!

Ed is fresh off the release of his No.6 Collaborations Project album. The unique release is his second collaborations project, and is filled with genre-bending tracks and A-list features that take the “Shape Of You” singer well outside of his comfort zone. 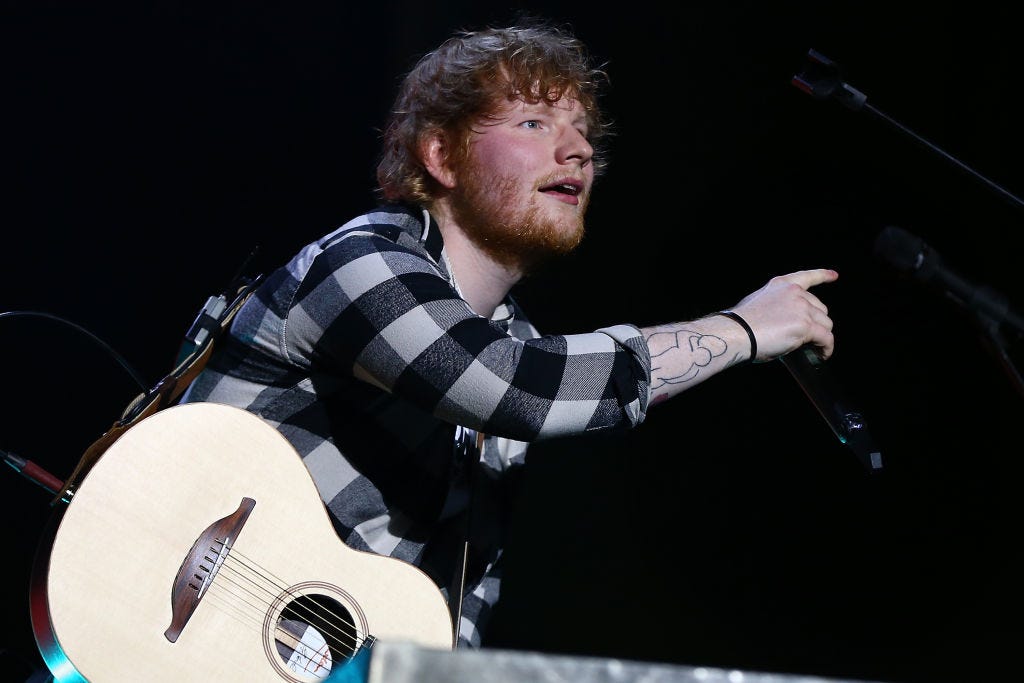 In a 50-minute interview with Charlamagne The God, Ed dives into the album. The in-depth interview was filmed in his go-to recording studio and gives fans a look into the space where some of his best work was created.

Along with diving into the brand new release, Sheeran also sneakily confirmed that he’s married!

One of the most unexpected pairings is on “Remember the Name,” a track that features 50 Cent and Eminem. Ed revealed the lyric “Watch how the lyrics in the songs might get twisted / My wife wears red, but looks better without the lipstick” was written before he actually had a wife.

“It was actually before me and Cherry got married, and I knew that we’d be married by the point that the song came out,” said Sheeran. “Someone’s gonna hear that and be like, ‘Oh, they’re married!’ I didn’t know how that would be construed. But obviously it’s already come out.”

The two reportedly wed shortly before Christmas. “It was very quiet — just Ed’s oldest school pals, limited family and the priest,” The Sun reported in February.

Congrats to Ed and Cherry! Listen to his brand new album here.