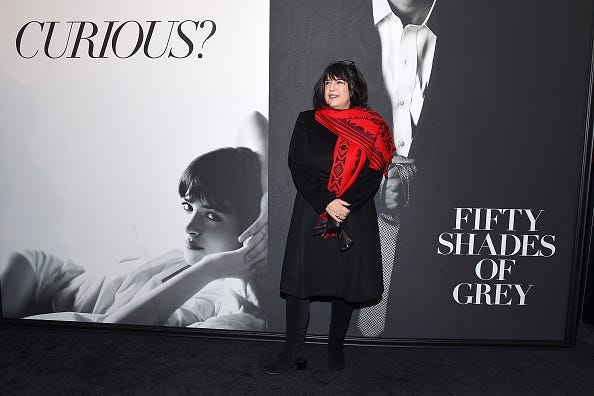 Fans of “Fifty Shades of Grey” have a new reason to get excited.

While “The Mister” has nothing to do with the “Fifty Shades” franchise, it should delight audiences that enjoyed the original romance dramas.

The 2019 novel was on the New York Times Bestsellers List and follows a handsome British aristocrat who falls in love with his immigrant housekeeper, who is trying to elude human traffickers.

Casting details and a date for when the film might hit theaters have yet to be announced.

Just arrived! The US edition of #TheMister - I am so excited to share this love story with you guys.

The original novel “Fifty Shades of Grey” was released in 2011 and quickly became a bestseller.

It spawned two follow-ups, “Fifty Shades Darker” and “Fifty Shades Freed,” which were both released in 2012. The entire book series has sold over 125 million copies worldwide.

Readers around the world quickly became intrigued with the sultry storyline and the infamous “red room of pain.”

Curious for more? Own the Unrated #FiftyShades with Alternate Ending on Digital HD May 1 & Blu-Ray May 8.

The movie earned over $570 million worldwide and enabled the two sequels to be adapted for film audiences.

In total, the film franchise earned over $1.3 billion at the global box office.

Not bad considering James first originated the characters and storyline from “Twilight” fanfiction.