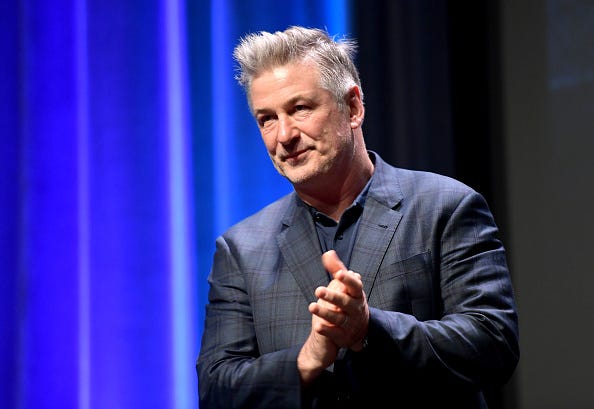 Alec Baldwin and his family signed up for a Statue of Liberty tour they would never forget…because it almost took them to New Jersey.

Baldwin took to Instagram on Sunday to voice his frustrations over being scammed by a touring company near Battery Park. Baldwin shelled out $40 for each ticket.

As he and his family geared up to see the Statue of Liberty by boat, he couldn’t help but notice the fine print on the ticket. The family was being shuffled towards a bus that would then take them to New Jersey for a “see NY from the water” tour.

“NO ONE EVER MENTIONED F------ NEW JERSEY,” the caption of the Instagram reads.

He closes out the post with some advice of his own. “Take the SI Ferry. It’s the best ride in NY,” he writes.

Luckily, the ferry ride to Staten Island is free, so he wasn’t hustled out of any more cash.

This isn’t the first report of scammers near battery park. According to Page Six, there were reports in 2015 of bamboozlers charging unsuspecting tourists up to $200 to ride the free Staten Island Ferry.

According to a post on Hilaria Baldwin’s Instagram page, the family was able to have a good time nonetheless, posing for a windy photo on their ferry ride.