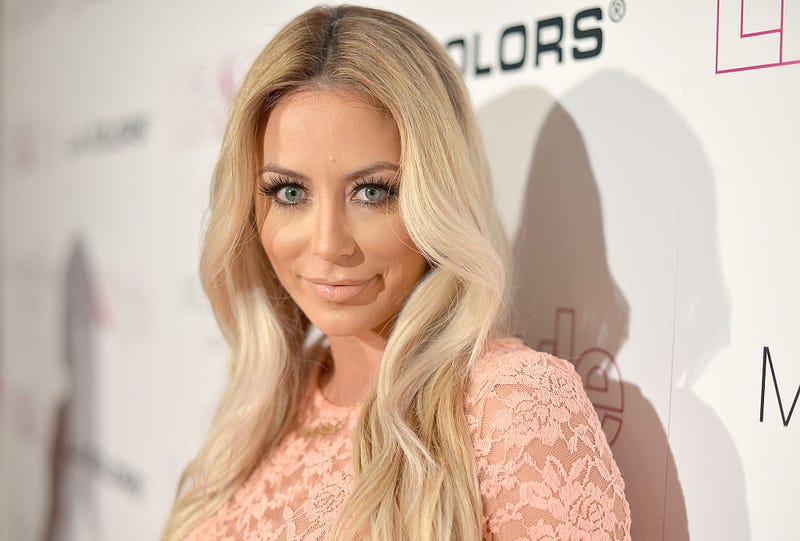 Aubrey O’Day, singer and best known for being in "Danity Kane" accused an American Airlines flight attendant of forcing her to take her shirt off “in front of the entire plane.”

On Thursday, O’Day voiced her concerns on Twitter and shared the claim. “Never have I flown & had the steward treat me like a punished lil child in timeout the entire flight,” O’Day said.

never have I flown & had the steward treat me like a punished lil child in timeout the entire flight.. including making me undress in front of the entire plane because he didn’t like my shirt & made me turn inside out in order to fly. @AmericanAir JAMES RUSSO NEEDS TO BE FIRED.

The singer continued to explain the incident and said she was allegedly told to undress because the flight attendant “didn’t like her shirt.” O’Day wrote on Twitter that he made her turn the shirt “inside out in order to fly.”

TMZ is reporting that witnesses on the flight said she was wearing a black shirt with bold white letters across the front, spelling out the world F---. Sources also tell TMZ that she was asked to change it, but she said she was going to complain about this on Twitter.

yeah. I was SHOCKED. I literally had to have my breasts in a bra out in front of everyone around me in order to not get kicked off. The girl next to me held up her blanket cuz she felt bad. https://t.co/V2ERy83gQt

O’Day claimed the flight attendant did not like her and that he was not nice to her.
She continued to write on twitter that “I don’t believe his feelings were handled correctly.”

According to People, a spokesperson for O’Day did not comment further about this incident. People also reported that it is not clear when the incident happened.

In response to this incident, American Airlines tweeted O’Day back and told her that the company will look into this. O’Day refused to continue the discussion.

I gave you his name. I literally have no interest in dealing with your airline any further. I’m that offended and disturbed. I wish I took @JetBlue https://t.co/DwmXvOrBpV

Fans tweeted on Twitter and offered support to the singer.