Fans of “The Mandalorian” got their first glimpse of what’s in store this upcoming season.

Disney+ has unveiled the trailer for the highly-anticipated second season of the "Star Wars" franchise TV series.

Following the events of the inaugural season, the new clip finds Din Djarin (aka the Mandalorian) on a journey to return The Child (aka Baby Yoda) to his own people after the demise of the Galactic Empire.

"Wherever I go, he goes." Watch the brand new trailer for #TheMandalorian and start streaming the new season Oct. 30, only on #DisneyPlus. pic.twitter.com/0E3mtUcZO9

"You expect me to search the galaxy and return this creature to a race of enemy sorcerers?” the Mandalorian asks after being instructed with his task.

There’s plenty of action as the duo travel to new planets, meet new friends and even more enemies. Fiery crashes, shoot-outs, X-wing fighters, stormtroopers and a mysterious hooded figure flash across the screen. At one point, the pair even come across an intergalactic wrestling match ensuring fans an unpredictable slew of new episodes.

Returning for season two are Pedro Pascal as the Mandolarian, Gina Carano as Cara Dune, Carl Weathers as Greef Karga, and Giancarlo Esposito as the evil Moff Gideon. 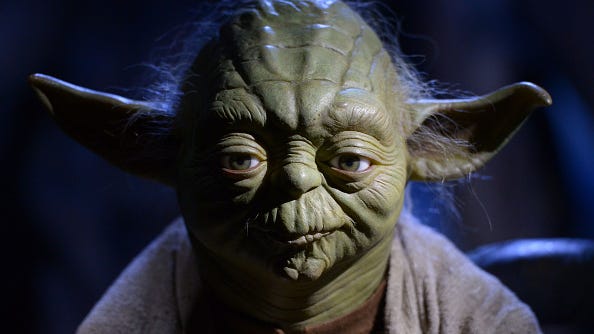 Missing from the trailer are two characters many had been hoping to see, Ahsoka Tano and Boba Fett. Earlier this year, it was announced that Rosario Dawson would join the series as Ahsoka Tano, while Temuera Morrison, who played Jango Fett in “Star Wars: Episode II - Attack of the Clones,” was cast as Boba Fett.

To finally lay eyes on the new characters and all the action, fans will have to wait until season two of “The Mandalorian” starts streaming October 30th on Disney+.