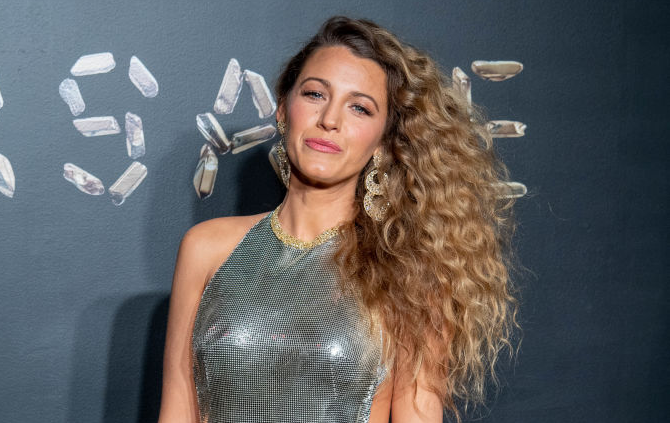 There are some people in this world that can pull off any type of hairstyle and still look like a million bucks.

One of those people is Blake Lively.

Even when she’s not trying to look good, she looks good.

The actress’s signature wavy, golden locks date back to the time when she starred as Serena van der Woodsen on The CW’s teen drama “Gossip Girl.”

So, it’s not entirely surprising that fans had a slight panic attack when she posted a drastic hair transformation on Instagram that made them question if she really cut off her hair.

"Facetune broke," she captioned a photo of herself in a bold bowl cut.

Facetune broke. @therhythmsectionmovie (Both makeup looks by the incredible @vivianbaker 💄)

Well, don’t be alarmed, it seems like the “Simple Favor” star opted for a wig instead of permanently chopping off her sandy strands.

The look hails from her upcoming role in the film “The Rhythm Section.”

Lively had to don a variety of different looks and hairstyles for the movie in which she stars as Stephanie Patrick, a woman who goes on a quest to get revenge and punish those responsible for a plane crash that killed her whole family.

In order to get said revenge, Lively’s character goes undercover by assuming different looks including a variety of hairstyles that range from the shaggy and blond bowl cut featured on her Instagram to a black-haired pixie.

Lively even showed off another ‘do from the film that looks like it was inspired by Jessica Rabbit.

She may look unrecognizable, but she's still effortlessly gorgeous.

Don’t miss all of Lively’s transformations when the film hits theaters on July 31.