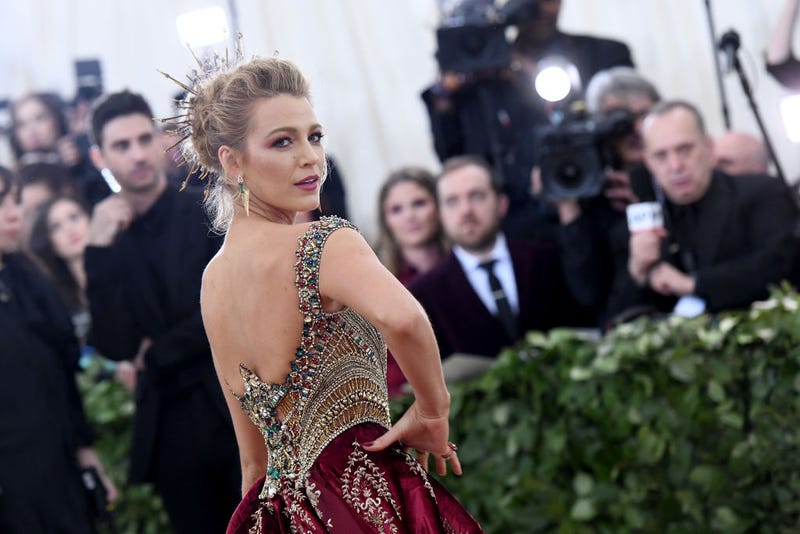 Blake Lively is revealing what it's like to have three children!

Lively was interviewed on Good Morning America to talk about her film "The Rhythm Section." This has been her first movie since her 2018 role in "A Simple Favor."

During the interview, the actress talked about welcoming her third daughter with Ryan Reynolds and hectic the transition has been from two children to three.

#BlakeLively says having three children under 6 years old is like going from “2 to 3,000!” #TheRhythmSection pic.twitter.com/FGCmrMwv1w

“At one point, we had three [kids aged] four and under,” Lively said. Their oldest daughter, James, turned five in December, while their middle child Inez turned three in September.

The GMA co-host Michael Strahan asked her what it was like to have three children. Lively responded, “It’s like going from two to 3,000. [We] have so many children. It’s pretty [crazy]. We’re outnumbered. It’s a lot.”

“People say that from two to three, it’s the same, it’s kind of easy. Those people do not have three kids," Lively said. “It is crazy. But I’m here!”

This week, the mother of three stepped out on the red carpet for a screening of her film "Rhythm Section" at Brooklyn Academy of Music in New York City. The former “Gossip Girl” actress looked stunning in a black velvet strapless gown. She also accessorized with black leather gloves and vintage high boots.

Back in October, her husband posted the first picture of Lively and their baby girl. While the couple did not announce the sex of their youngest child and blurred the baby's face out with a drawn-on smily face, fans are concluding the newborn is a girl.

Lively then confirmed it was a girl via Twitter.