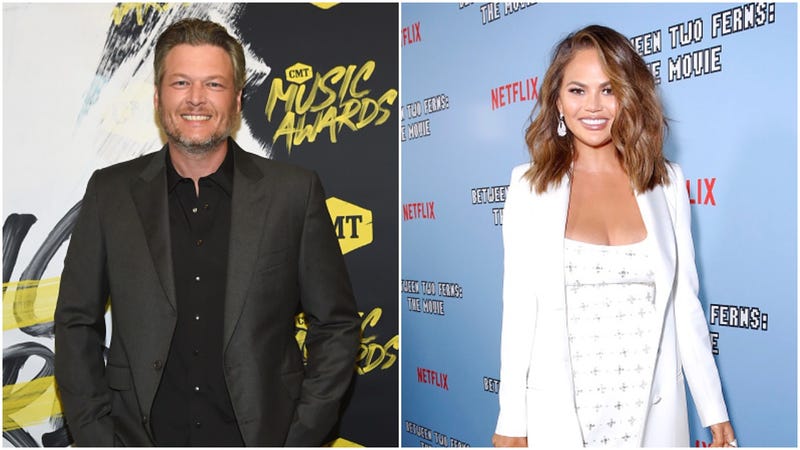 If you come for Chrissy Teigen’s cooking, you’re gonna get burned!

Blake Shelton is slowly finding this out after he jokingly poked fun of the “Lip Sync Battle” host’s culinary skills, according to Us Weekly.

The couple rivalry we never knew we needed until now. 😂 https://t.co/GzGZtKcTGI

It all started over the Thanksgiving holiday after Shelton and girlfriend Gwen Stefani decided to make a hearty beef stew on an outdoor fire.

The former No Doubt singer shared a clip of their simmering concoction and took the opportunity to take a jab at Teigen, who is well known for documenting many of her delicious recipes on social media.

“Tell Christie Teigen to take that!” Stefani said as she purposely mispronounced her first name.

Shelton also got in on the fun by chiming in, “Yeah! Suck that, Christie. Suck it!”

The scandalous video came up again a few days later when Stefani, Shelton and Teigen’s husband John Legend were all on set for a taping of their show “The Voice.”

Shelton was very concerned to know if Teigen ever got around to seeing the clip.

I dunno what Blake did but I could never be mad at him!! https://t.co/YuXPJKqZOQ

“I just want to know if she’s mad or not,” he asked Legend in a backstage video that the “Hollaback Girl” songstress shared on her Instagram Story.

But instead of giving him a straight up answer, Legend devised a more ingenious plan.

“We’re going to have you guys over for dinner … and you’ll know if she’s upset or not,” the “Glory” singer said.

Putting two and two together, Shelton asked: “So if I get food poisoning I’ll know she saw it?”
“Yeah,” Legend replied with a mischievous laugh.

But it appears Shelton’s fears were all for naught as Teigen tweeted, “I dunno what Blake did but I could never be mad at him!!”

Regardless, let’s hope they all still get together and share clips of the epic meal. And fingers crossed that no one will need any Tums!