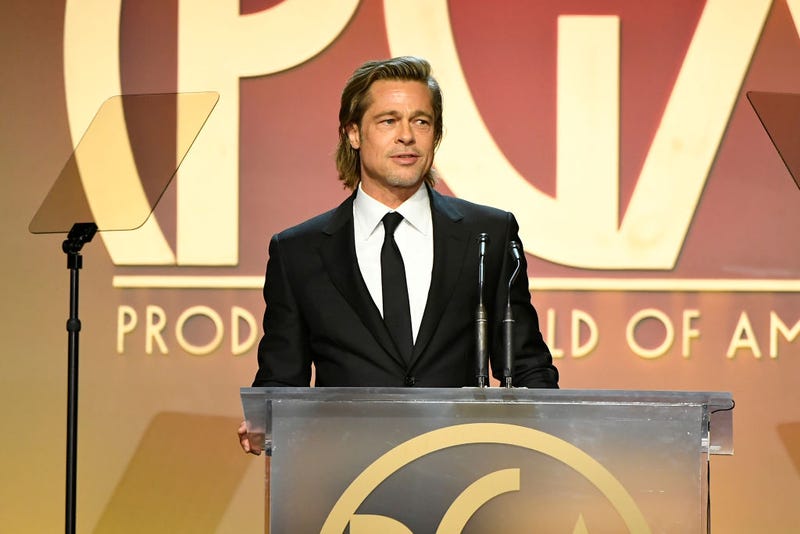 Brad Pitt has been busy receiving awards, attending awards ceremonies, but most importantly, he hasn't forgotten that he is a father.

In an interview on the 2020 Producers Guild Awards red carpet, the actor opened up about his plans on how he would celebrate the post-awards season with his children.

"Really, it hasn't been a lot of time to celebrate, you know? It's like, they call it a season for a reason. So we'll do that when it's all said and done, I'm sure," Pitt said.

Pitt also talked about the success of "Once Upon a Time in Hollywood." The actor shared, "You never know what's going to land." "It's always fun when the film really speaks to a wide audience. The older I get, the experience is every bit as important, and those guys were just -- it was a good time, you know?"

Earlier this month, he won a Golden Globe for his role in "Once Upon a Time in Hollywood."

During Pitt's acceptance speech for the best supporting actor for his role in the movie, Jennifer Aniston smirked while Pitt made his speech. The 56-year-old actor made a joke on why he doesn't bring his mother to award shows.

"I wanted to bring my mom, but I couldn't because anyone I stand next to they say I'm dating. It'd just be awkward," he said as cameras captured Aniston's reaction.

As for the 2020 Oscars, Pitt has been nominated for supporting actor for his role in "Once Upon a Time in Hollywood."

Hollywood’s biggest night will air on Feb. 9 on ABC. The upcoming 2020 Academy Awards are going for round-two without a host following the success of last year’s trial run.