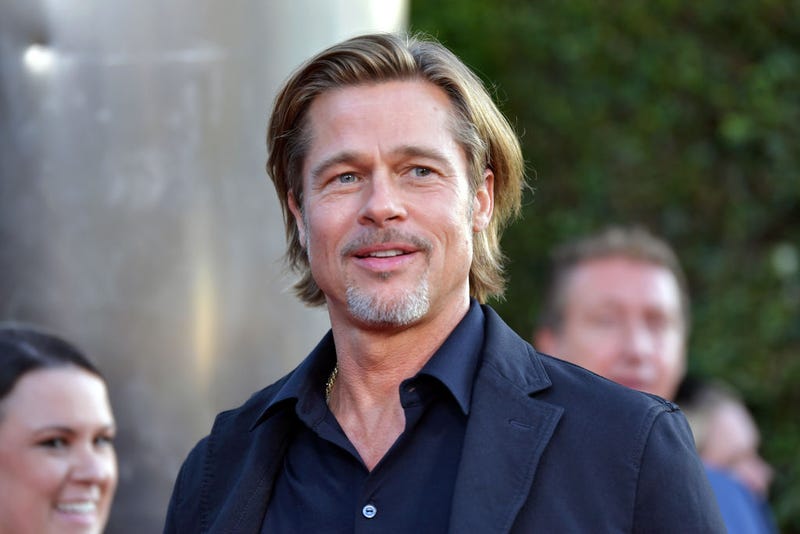 The company that Brad Pitt keeps is all flashing lights.

The actor recently opened up about his surprising friendship with Kanye West.

In an interview with Extra at the Los Angeles premiere of his outer space thriller “Ad Astra,” Pitt spoke about his admiration for West’s willingness to push boundaries.

“I love that there’s a Kanye out in the world, like, messing things up, you know?” the 55-year-old actor said.

Pitt commented on the provocative rapper mogul artiste’s tendency to be ahead of his time.

“Envisioning the future and, you know, we can’t forget his music,” Pitt said. “He was one of the first to come out and be raw and open -- he should always get credit for that.”

The “Ad Astra” star said their acquaintance-turned-friendship was a slow burn, developing over time “just running [into each other] over the years.”

The actor admitted he has even attended one of West’s huge Sunday Services, saying, “It’s really beautiful… I think what he’s doing is pretty special. It’s this real celebratory thing of people and it’s a really loving vibe and it’s beautiful -- it’s huge, so beautiful. I find it really special.”

It’s been a period of self-reflection for Brad Pitt. On Wednesday, the actor opened up about past drinking and his divorce from Angelina Jolie in an interview with CNN.

“What I realized is that I was running to avoid tough feelings, painful feelings,” Pitt said.

“I just didn't know how to deal with them. Anything I found that I used for escape," he went on. "Those kinds of em... those kinds of difficult feelings, I don't know how better to describe it. It can be anything, drugs, booze, Netflix, snacks. Anything. I don't want at this point to be running from anything.”

During the interview with CNN, Pitt also discussed his confrontation of scandalized film producer Harvey Weinstein in the 90s, after the actor’s then-girlfriend Gwyneth Paltrow told him about a meeting she had with Weinstein that allegedly “ended with Mr. Weinstein placing his hands on her,” according to a 2017 New York Times report. (Weinstein has pleaded not guilty to multiple sexual assault charges.)

“At that moment, I was just a boy from the Ozarks on the playground,” Pitt said, commenting on his willingness to challenge the powerful Hollywood producer. “That’s how we confronted with things.”