Cameron Diaz is opening up about her decision to retire from Hollywood.

During a chat with Gwyneth Paltrow on her “In goop Health: The Sessions” series on Wednesday, Diaz revealed what inspired her to leave her successful acting career behind.

"I just decided that I wanted different things out of my life. I had gone so hard for so long, working, making films and it's such a grind," Diaz admitted.

"I didn't really make any space for my personal life,” she added.

When Paltrow asked Diaz what she felt after walking away from the acting business, Diaz said she felt “a peace.”

“I got a peace in my soul,” she said, adding, "I finally was taking care of myself." 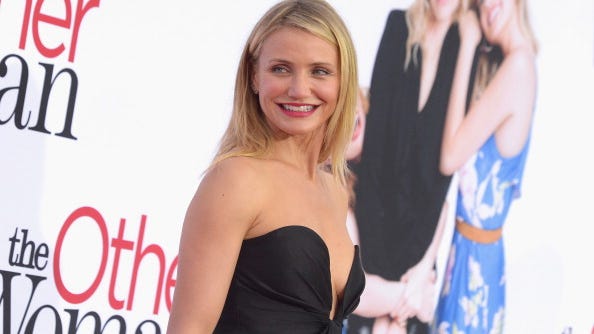 Cameron Diaz Is Loving Life in Quarantine with New Baby

Since she sacrificed so much of her personal life for her career, she said she decided to invest her time in embracing relationships with family and friends.

"When you're making a movie, it's a perfect excuse -- they own you. You're there for 12 hours a day for months on end and you have no time for anything else," she said.

The “Charlie’s Angels” actress also took issue with actors being “infantilized.”
“We're put in a position where everything is taken care of for us,” she said, explaining that she wanted to become “self-sufficient” and prove that she can handle being an adult on her own.

The first thing after retiring was to put “all the pieces of my life together the way that I wanted it to be put together, not how other people thought it should go."

Diaz also wasn’t a fan of how “intense” being in the public eye was.

"There's a lot of energy coming at you at all times when you're really visible as an actor and doing press and putting yourself out there," she admitted.

Introducing @avaline! 🌟 It all started two years ago on a beautiful Los Angeles afternoon in the backyard with @katherinepower. We realized that we knew the contents of everything that went onto and into our bodies—why not wine? Our journey to answer that question led us to create @avaline, a range of clean wines. I’ve always believed that the key to wellness is balance. ⚖️ Creating a clean wine that is full of natural goodness and free from dozens of unwanted and undisclosed extras helps me find that balance when I’m enjoying a glass of wine. It’s wine at its purest, created for those who embrace the pleasure of a whole life and a relaxed approach to wellbeing. 🍷✨ Link in bio. Cheers to that! CD #avaline

The collection, “Avaline,” is described as "vegan-friendly, made with organic grapes and free of unnecessary extras like sugars, colors and concentrates."