The Oscar-winning actress celebrated the day by hosting a virtual party during the pandemic with some of her closest friends and family.

This included her two daughters, 8-year-old Jackson and 5-year-old August, who she usually keeps out of the public eye.

Theron shared a screenshot of the birthday party festivities on Instagram giving fans a rare glimpse at a more intimate moment of her life.

"My first virtual birthday party...I think my mom fell asleep 5 min in. Thank you to everyone for the bday wishes!" she wrote. "2020 has been a rough one but today was a bright spot for sure."

The celebration may have been virtual, but the ladies were altogether. In the lower right-hand side of the photo, Theron is seen beaming from ear-to-ear with the giggling girls. 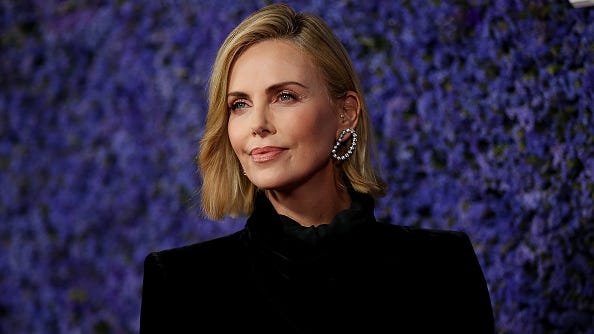 Charlize Theron Wants to Get Her 'A–– Kicked' in WWE Ring

Theron has remained very private about her family since adopting her children in 2012 and 2015.

The photo marks the third time she's posted anything about her children on social media, according to "Today." Previously, she posted a photo in August 2019 with her daughter's face obscured from view.

The “Mad Max” actress was also showered with well wishes from many A-list stars in the comments section.

“Happy Birthday to the fiercest Queen of them all!” Reese Witherspoon wrote.

And former “Friends” star Courteney Cox shared, “Happy birthday to the everything girl.”

Theron can currently be seen in the Netflix film "The Old Guard."

The action movie has seen massive success having reached 72 million households within four weeks of its release on the streaming platform on July 10th.

The mother of two recently addressed prospects of the movie getting a sequel.

“We’re still pushing this one out,” Theron told Variety. “Let’s have a little resting period, but just given the fact that all of us really want to do it, I’m sure when it’s the right time, we’ll start the conversation.”