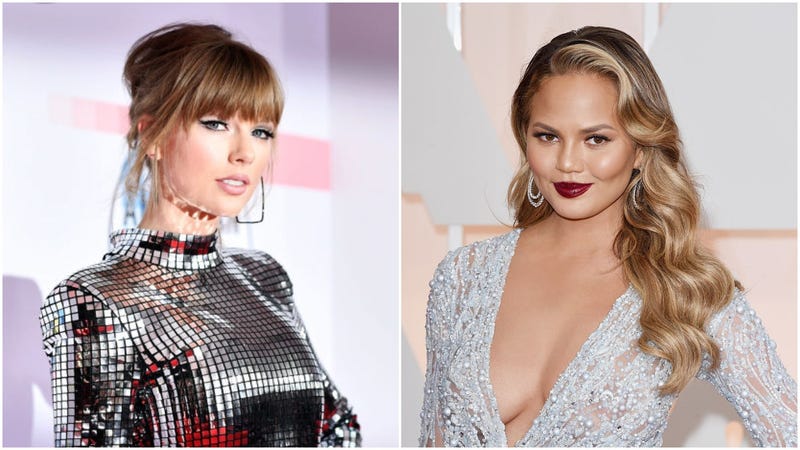 Chrissy Teigen has continued unchallenged in her role as the unofficial queen of the Twitter clap back.

I can’t believe Taylor Swift is about to turn 30 - she still looks so young!

It’s strange to think that 90% of her eggs are already gone - 97% by the time she turns 40 - so I hope she thinks about having kids before it’s too late!

"I can’t believe Taylor Swift is about to turn 30 - she still looks so young!" wrote alt-right YouTube personality Stefan Molyneux.

Needless to say, the completely random and unnecessary comment got much push back as many questioned why a middle-aged man was concerned with Swift’s fertility.

By the time it got the attention of Teigen, she succinctly commented by saying what everyone else in the world was thinking, suggesting the guy was "weird" in an expletive-laced tweet.

Although Swift hasn’t said anything about the bizarre tweet, she previously spoke out saying women are more than just “incubators” while addressing how childless female celebrities are constantly asked when are they going to start a family.

"It's good that we're allowed to say, 'Hey, just so you know, we're more than incubators,'" the “You Need to Calm Down” singer told People. "You don't have to ask that of someone just because they're in their mid-20s and they're a female."

Meanwhile, prior to getting pregnant with her two children, Teigen had been very open about her own fertility struggles.

“You hear stories about IVF working the first try. But you’ll hear a lot more stories about when it takes a few times,” the 34-year-old told The Cut. “Ours didn’t work the first time, and it was devastating.”

Now a mom to three-year-old daughter Luna and one-year-old son Miles, Teigen is proving she can also be a mama bear when internet trolls try to come for A-list female pop stars.