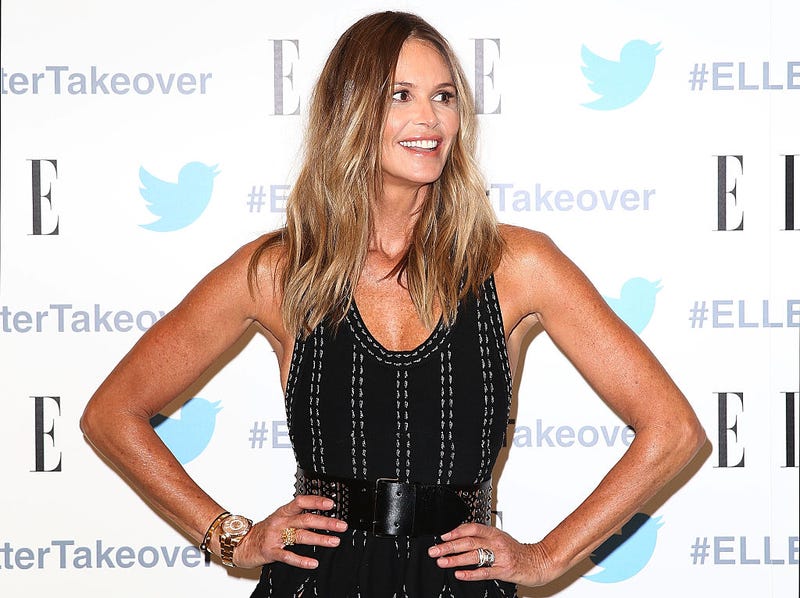 Supermodel Elle Macpherson is spilling the tea on how she maintains her flawless figure.

The ageless 55-year-old, who was nicknamed “The Body” in the ‘80s, shared a photo flaunting her enviable physique in a sexy bikini and disclosed some of her beauty and wellness tips.

Being Australian , I’m at my most comfortable by the sea. Im so blessed to live in Miami close to the Bahamas where this photo was taken. People ask me what I do to keep in shape. First of all I start on the inside with @welleco super greens , it’s a one and done evolution of the multivitamin and mineral , a beauty support right down to your mitochondria. 💚. I use our clean lean nourishing plant protein as a snack in between plant based meals welleco.com -and I spend as much time as I can in nature swimming , walking - and drink loads of filtered water. Meditation/ reflection/ prayer is a important to me, it only takes 10 mins a day but is a non negotiable. I love @sheilamsperez unique method for lymph drainage and which is key for my well-being. You can check her out on line.and in between body sessions at home @therasage infra red sauna for immune systems , detox - my favorite spa in nyc for all things face @justageless and in Sydney @allsaintsclinic ...hair @joshwoodcolour in London and @dafnebeautylounge @goddesslashes in miami @Frankrizziri for hair in nyc.💚

“People ask me what I do to keep in shape, “ the mother of two began the caption before promoting a couple of products from her WellCo line of health supplements.

“First of all I start on the inside with @welleco super greens, it’s a one and done evolution of the multivitamin and mineral, a beauty support right down to your mitochondria.”

As far as physical exercise, she tries to “spend as much time as I can in nature swimming, walking - and drink loads of filtered water.”

Her routine also includes staying mentally fit with meditation, reflection and prayers which she said was “nonnegotiable.”

Besides facials, Macpherson also disclosed she partakes in innovative techniques such as lymphatic drainage massage and infrared saunas.

While her post got a ton of comments with most fans praising the Australian bombshell, one person complained that a lot of the items in her routine were too expensive for the average person.

But Macpherson was quick to reply to the critique.

What an incredible month it’s been ! Thanks to the team @vogueaustralia for this fabulous reminder of our cover story out now and Thankyou to my incredible boys Flynn and Cy @cyfly08 @cybusson - and 🎥 @nicolebentleyphoto and all the cool people who helped pull this shoot together for us including our wonderful team @welleco

"Hi there. Most of the things I find most beneficial are free like prayer and meditation,” the former Britain’s Top Model host wrote. “Fresh air and walking, dancing laughing sleep, hydration, breathing, yoga, plant food (much cheaper than meat).”

And as far as the products from her line being out of reach, she added, “our super elixir is less than a Starbucks per serving."

While Macpherson rose to stardom in the era of the ‘80s supermodels alongside the likes of Cindy Crawford, Christy Turlington and Naomi Campbell, she recently added to her slew of fashion spreads by appearing on the cover of Australian Vogue with her two sons.