And what better way to show your respect than dressing to impress?

Celebs dazzled on the red carpet at the ceremony’s 26th annual event.

At the peak of awards season, the winners of the SAG Awards serve as a barometer for Oscar sentiment, especially on the heels of the Golden Globes earlier this month.

Robert De Niro was celebrated for his 54-year career with the Life Achievement Award, presented to him by Leonardo DiCaprio.

See what celebrities are wearing to the awards below. 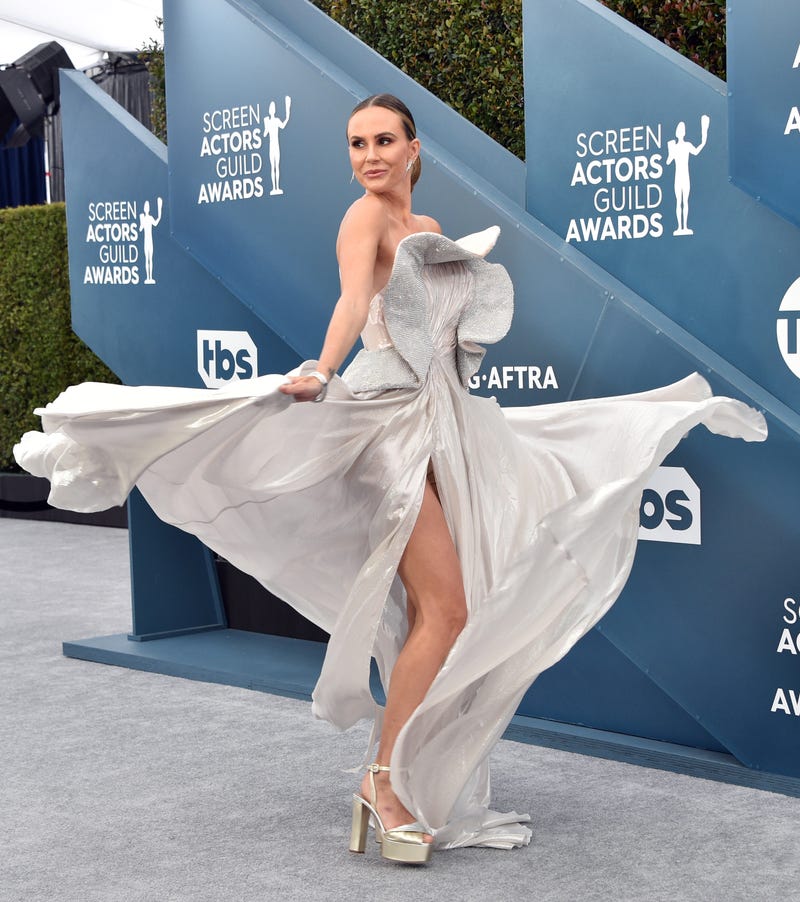 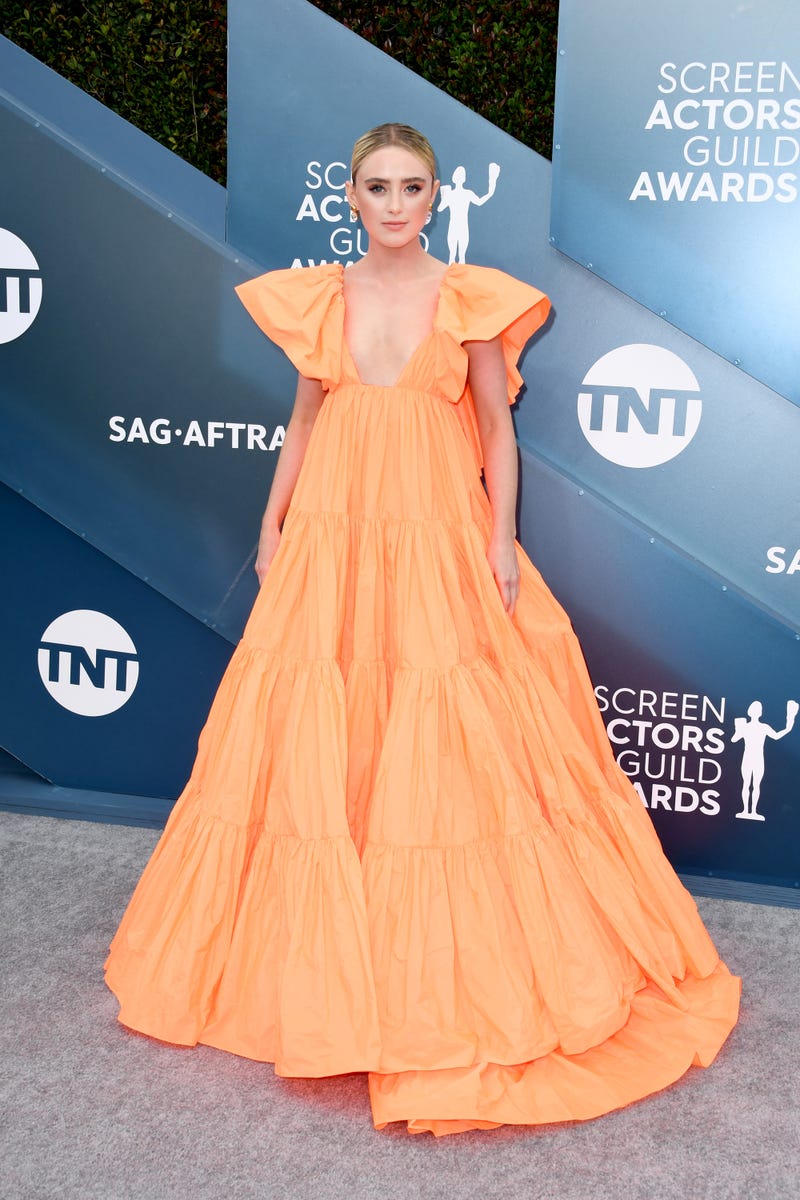 The actress from Netflix's "The Society" turned heads in this whimsical ruffled orange dress. 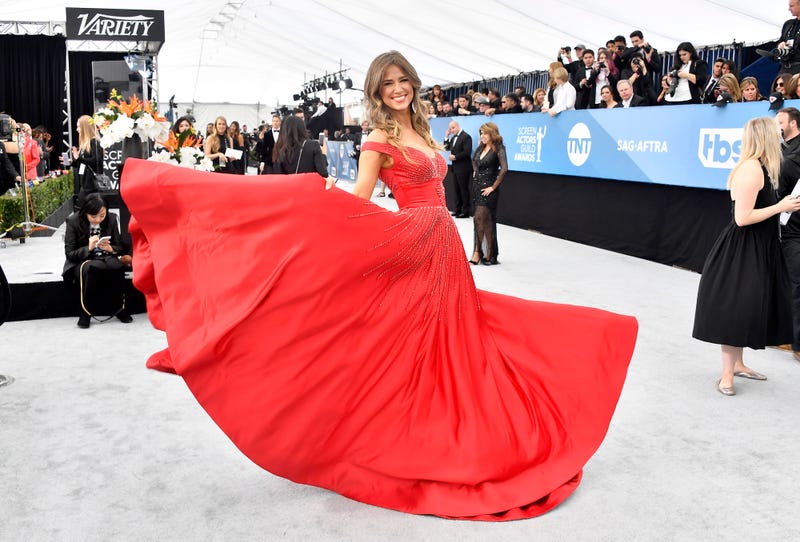 The "Any Given Sunday" and "The Holiday" actress showed off her classic red gown with a dramatic swing through the air. 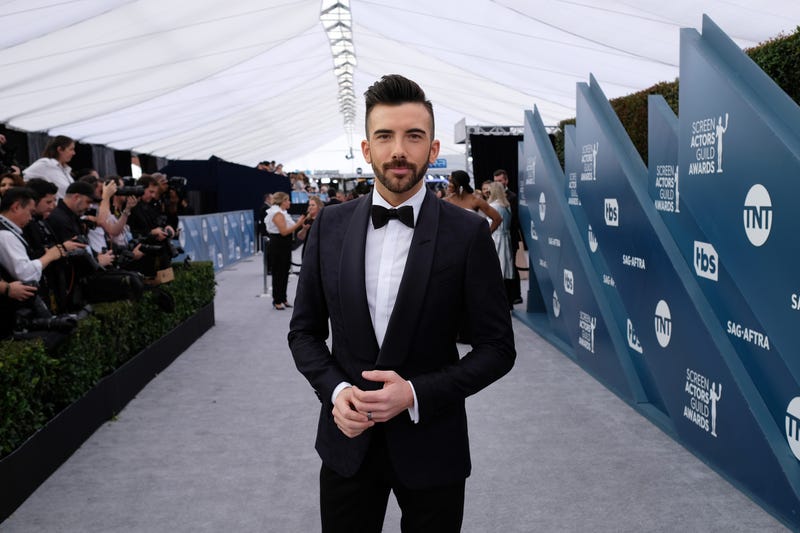 PeopleNow host Jeremy Parsons gazing deep into the camera's eyes, ready for the big night in a classic tux. 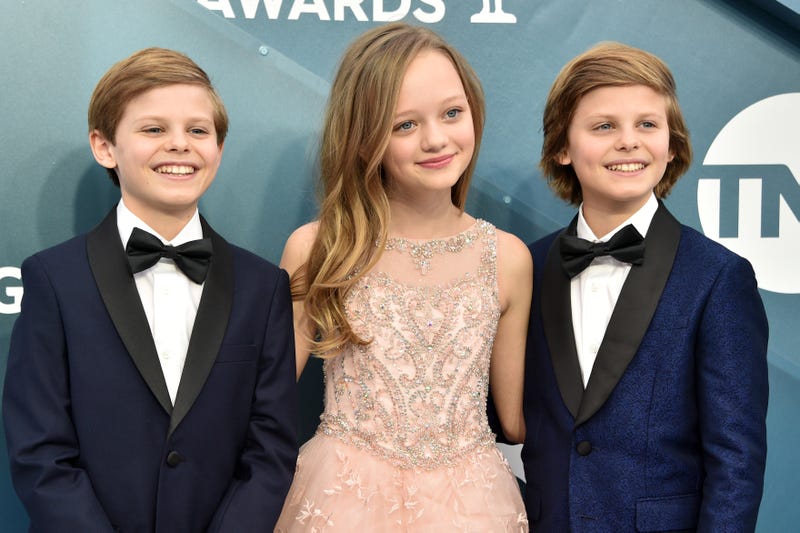 The "Big Little Lies" child stars are looking adorable among their peers, with the Nicholas and Cameron Crovetti respectively in black and blue tuxes and Ivy George in a sparkly pink dress. 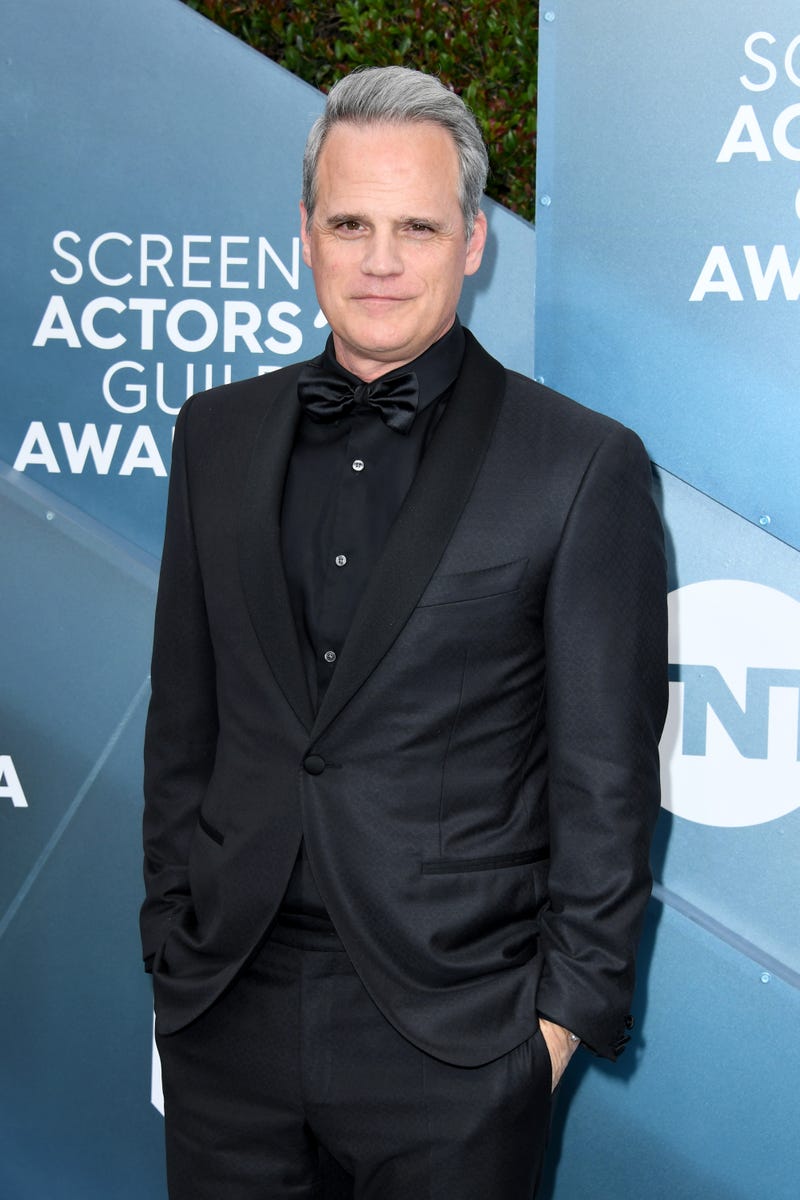 "As the World Turns" vet Michael Park is going dramatic in this all-black tuxedo. 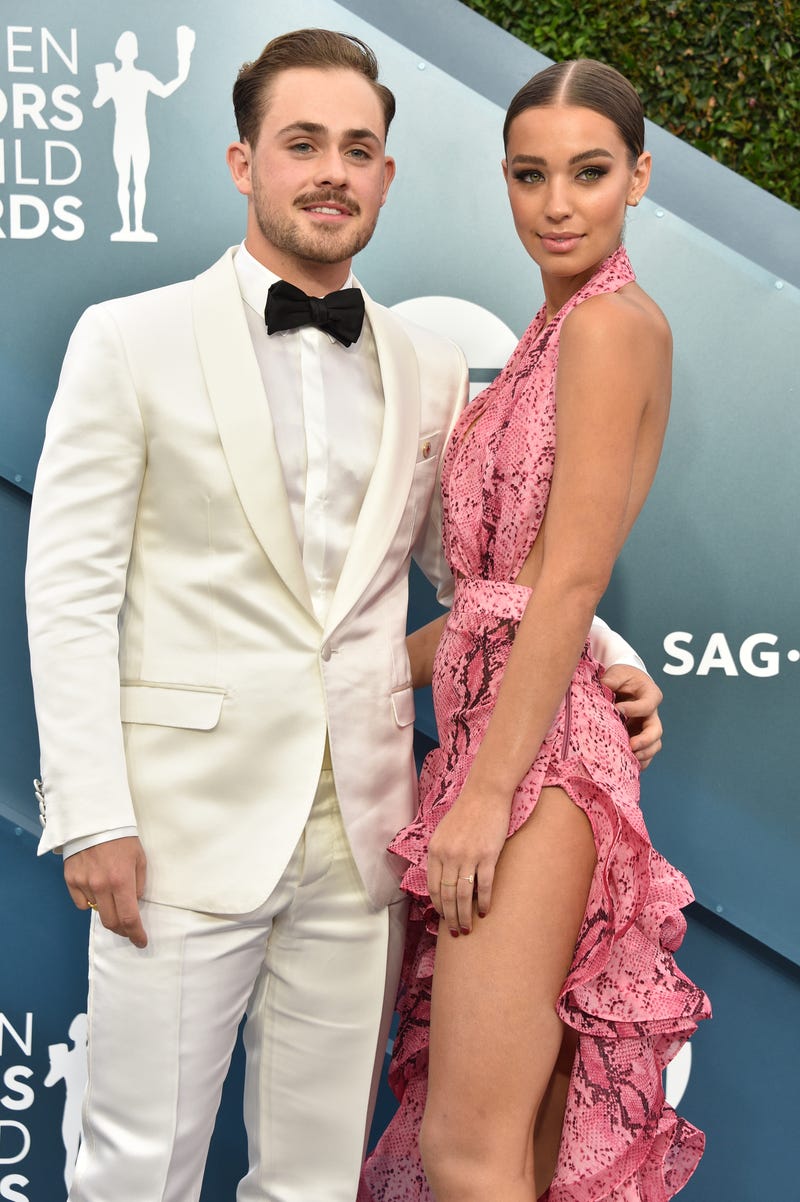 The "Stranger Things" star is looking more '30s than '80s in this white tuxedo, and timeless next to his flawless girlfriend, Australian model Liv Pollock. 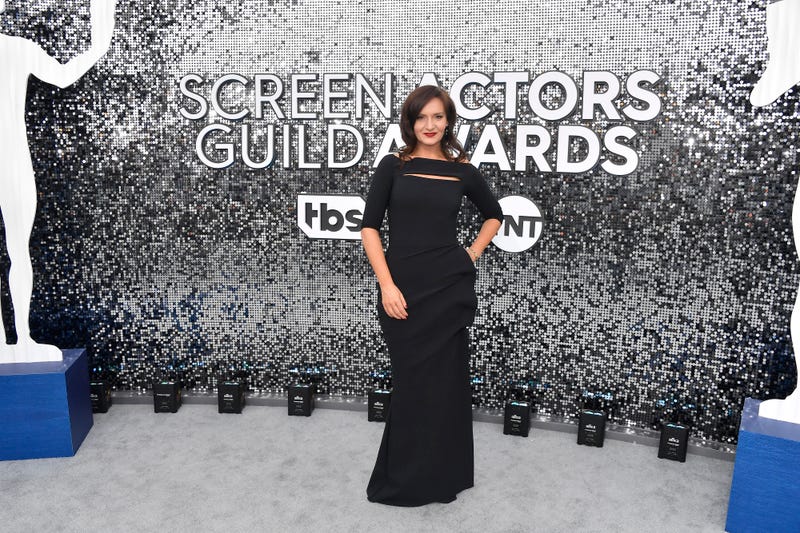 The British actress best known for portraying the Countess of Rothes in James Cameron's "Titanic" stuns in this black medium-sleeved dress with an elegant slit neckline. 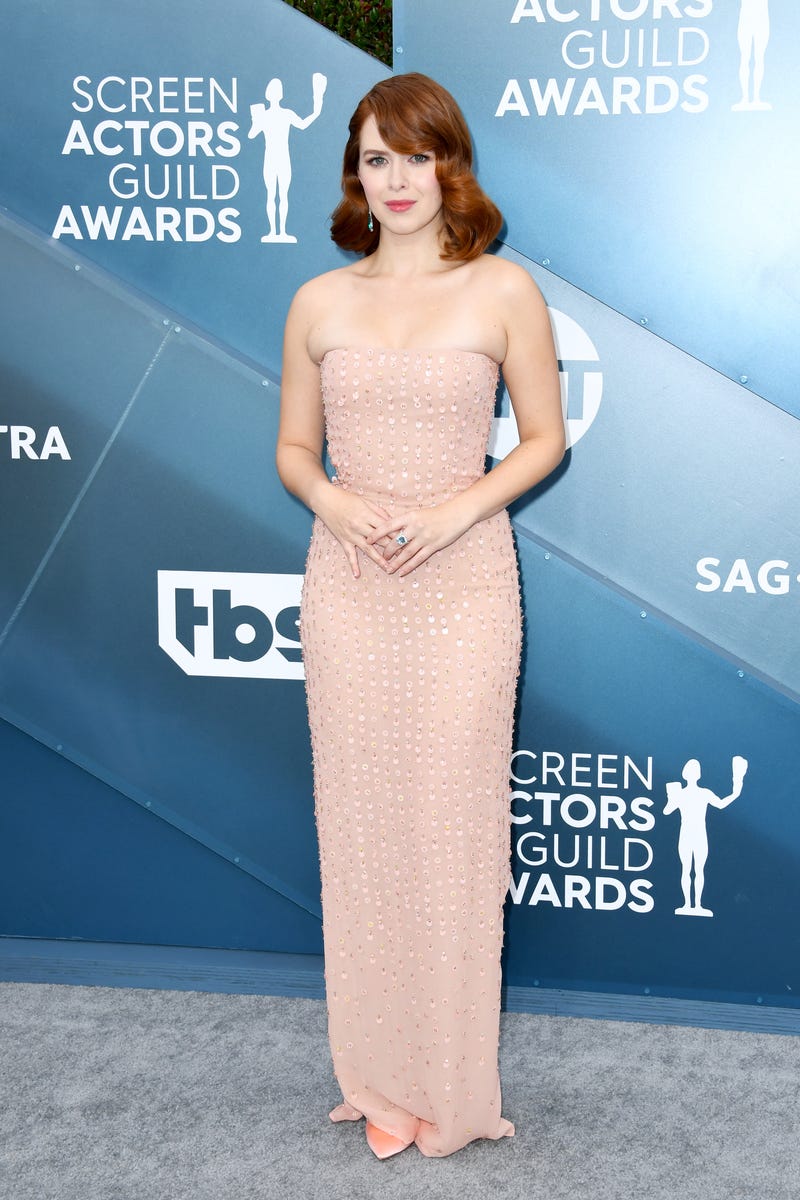 The "Hand of God" star is understated but beautiful in this pale nude form-fitting gown. 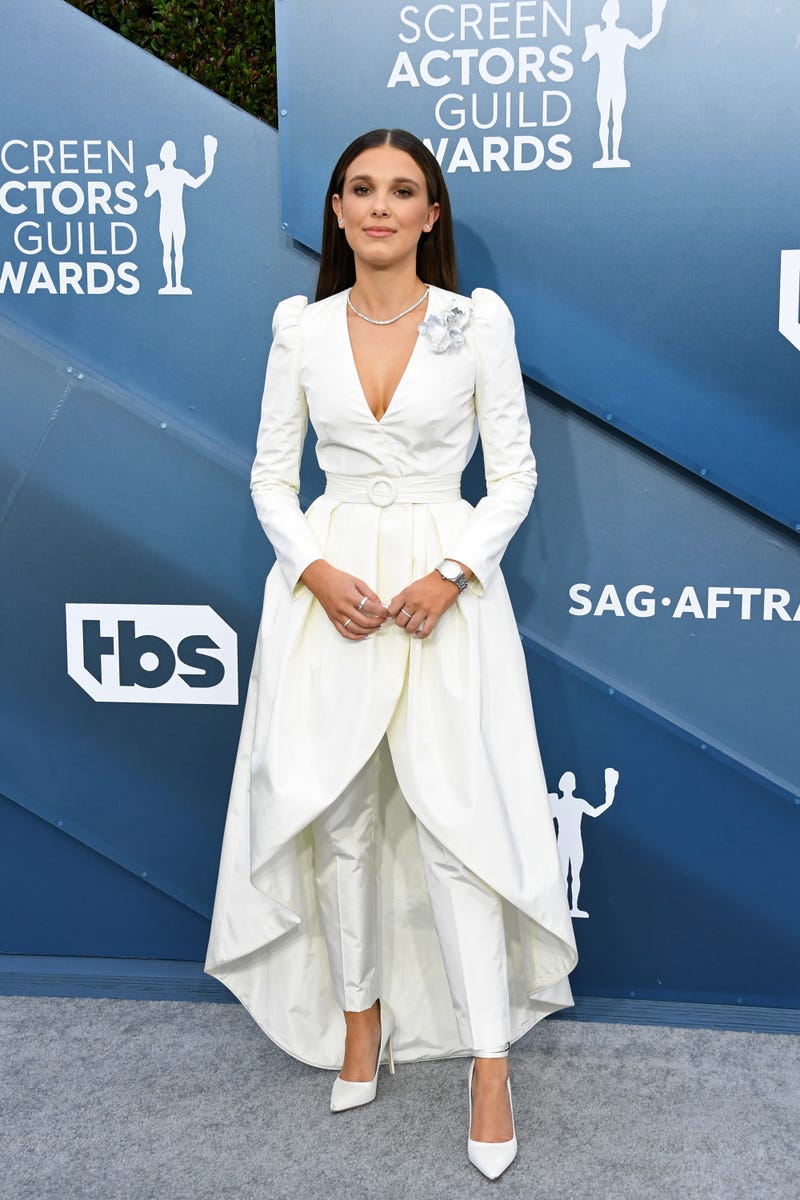 Eleven is all smiles! The "Stranger Things" star looks too cool in this all-white ensemble, rocking a long-sleeved gown with a bottom slit revealing funky white pants and classic white slippers. 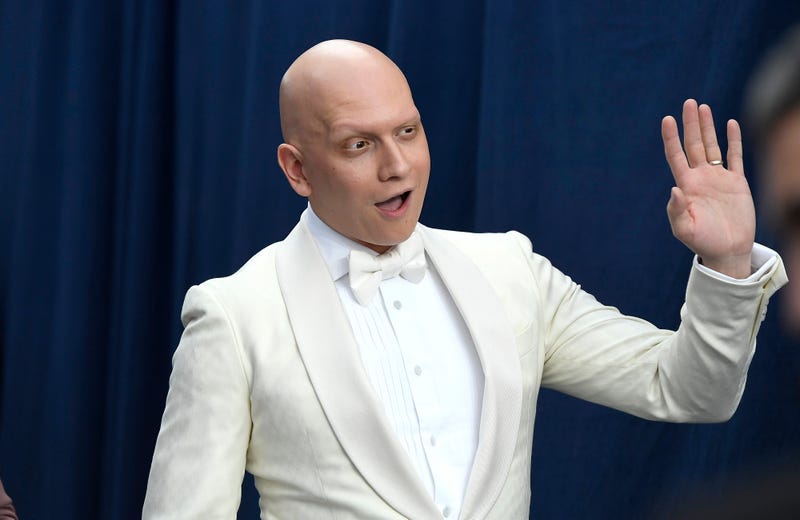 The "Barry" actor is spiffed up and loving it, greeting fans and press in this all-white tux. 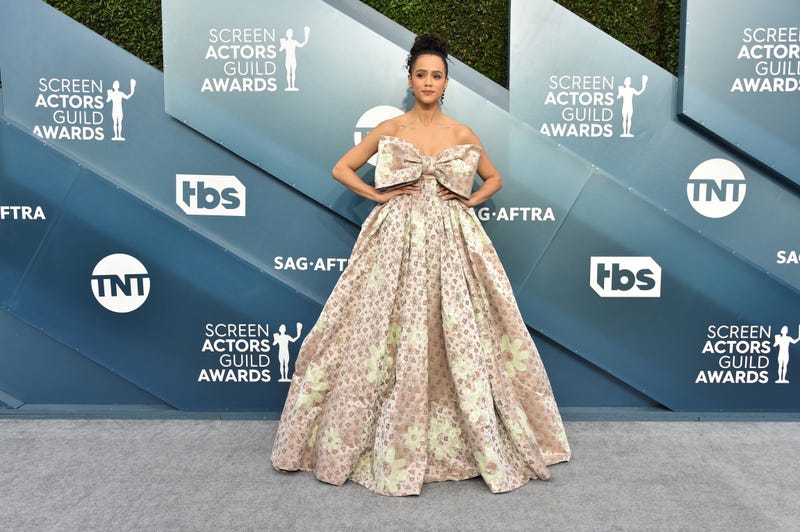 Missandei's presence is a present. The "Game of Thrones" actress donned a floral ruffly dress, punctuated with a giant bow across the chest. 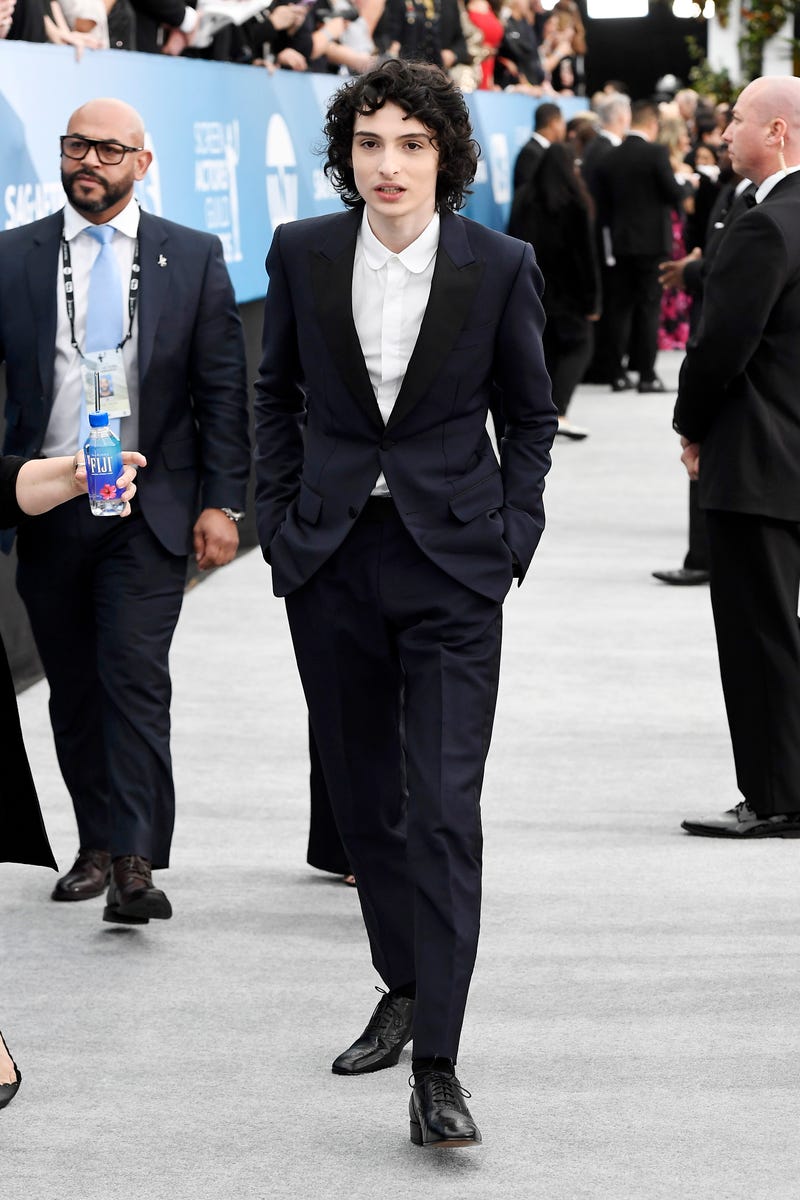 Finn can really clean up! The "Stranger Things" regular and star of the horror thriller "The Turning" is looking sharp in this tie-less tux. 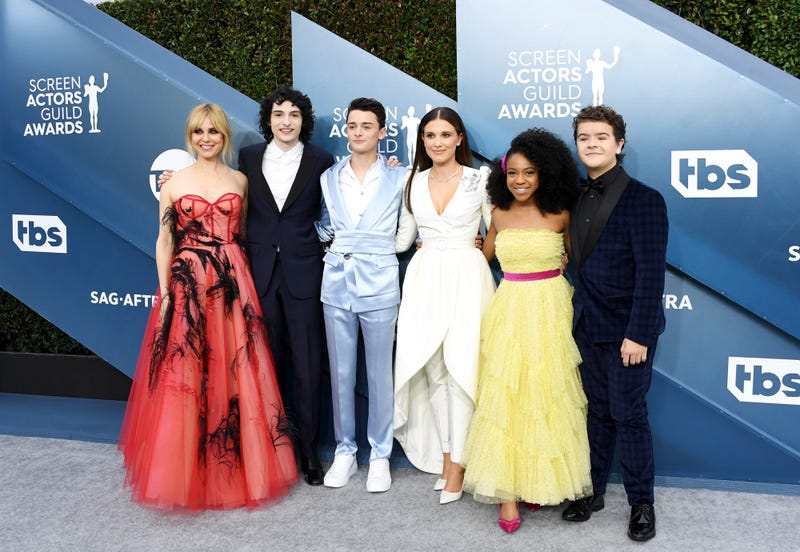 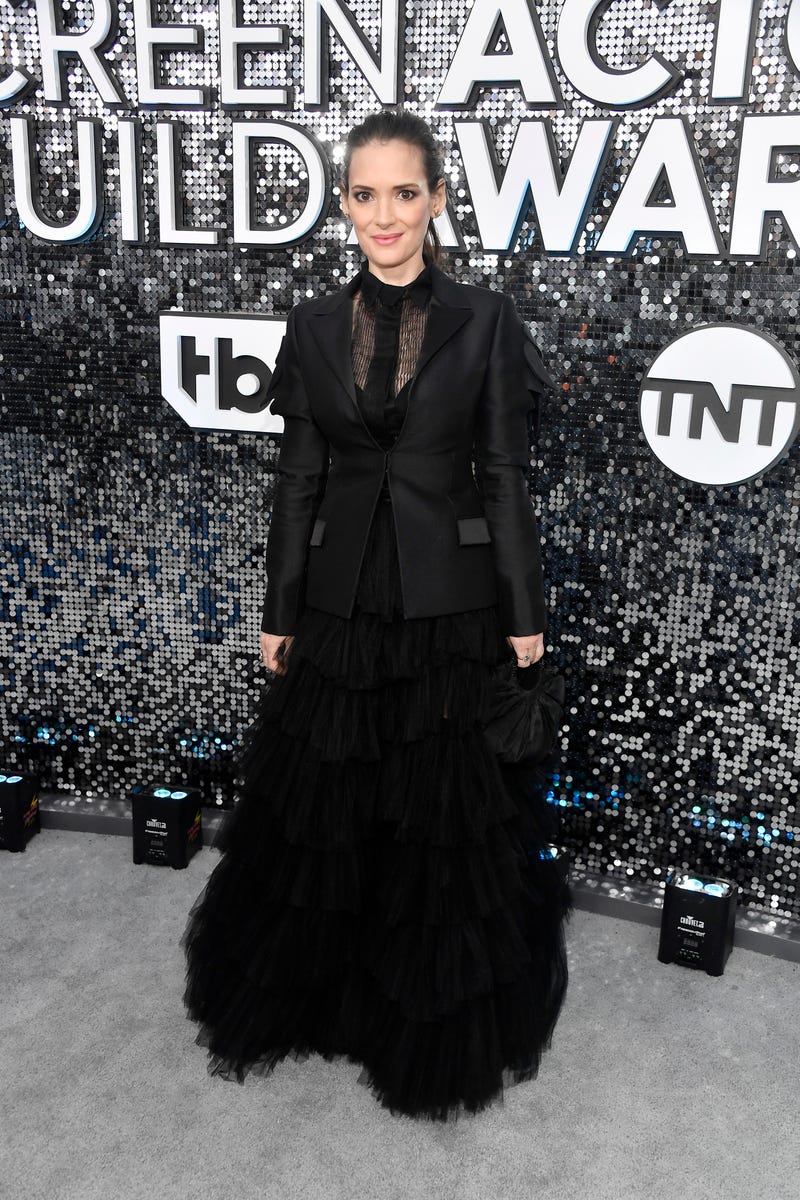 Winona Ryder looks more "Beetlejuice" than ever in this black jacket, dress, and sheer shirt combo. 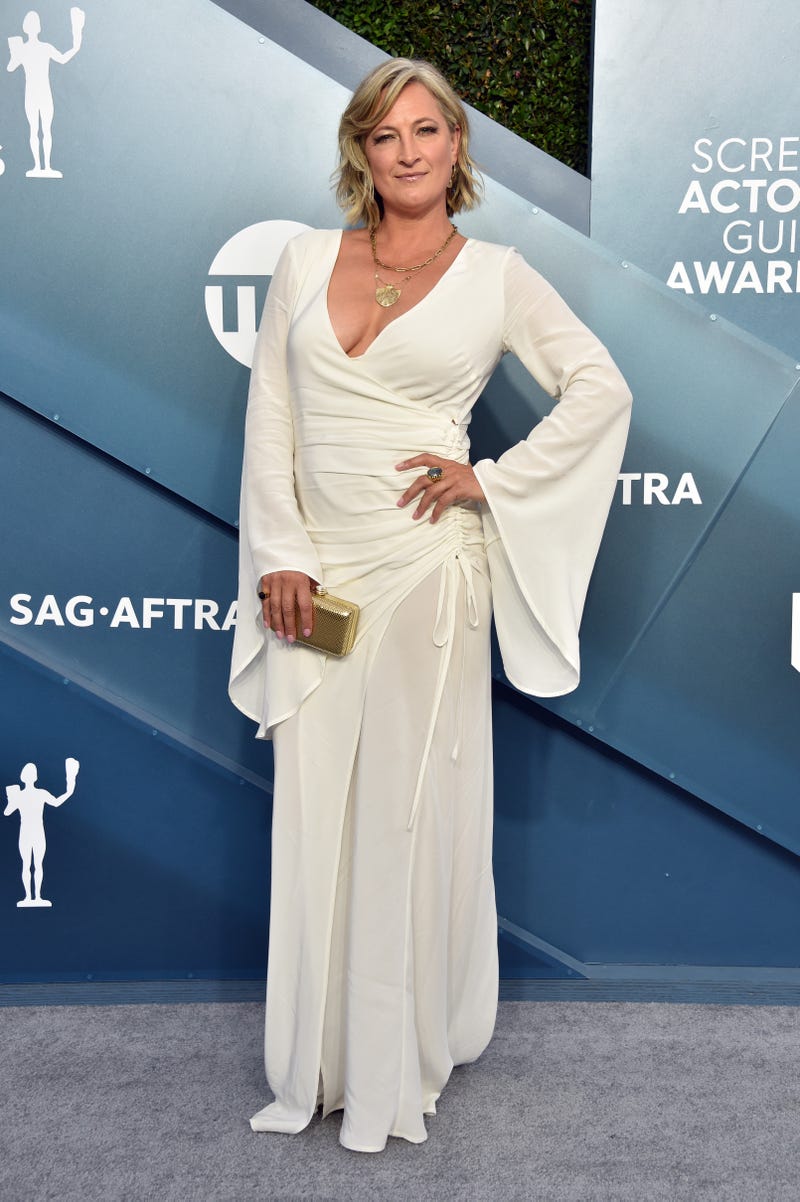 No stunts here! The "Xena: Warrior Princess" and "Kill Bill" stuntwoman proves she doesn't need a double in this breathtaking white dress. 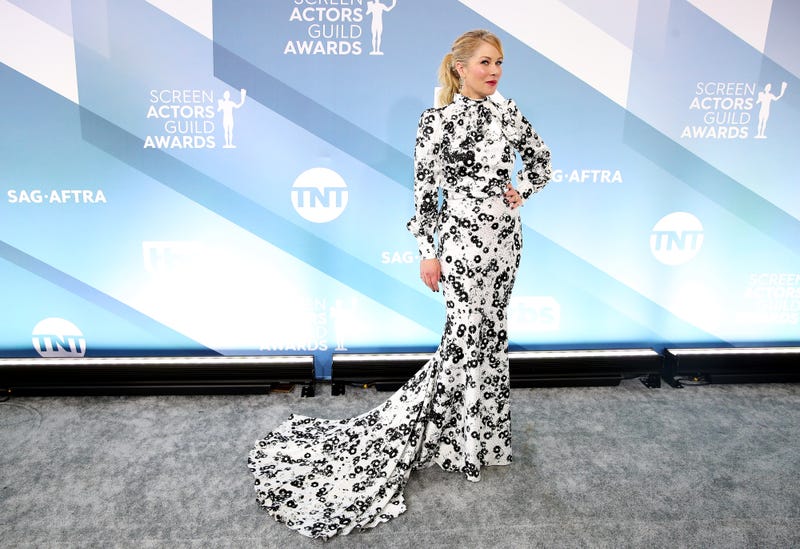 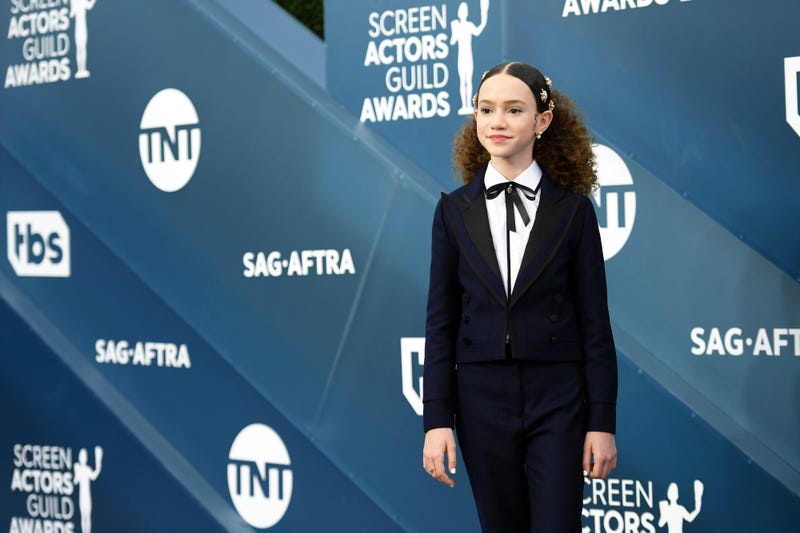 The "Big Little Lies" big little star is making a statement with a bolo tie and voluminous curls tied back by diamond hair clips. 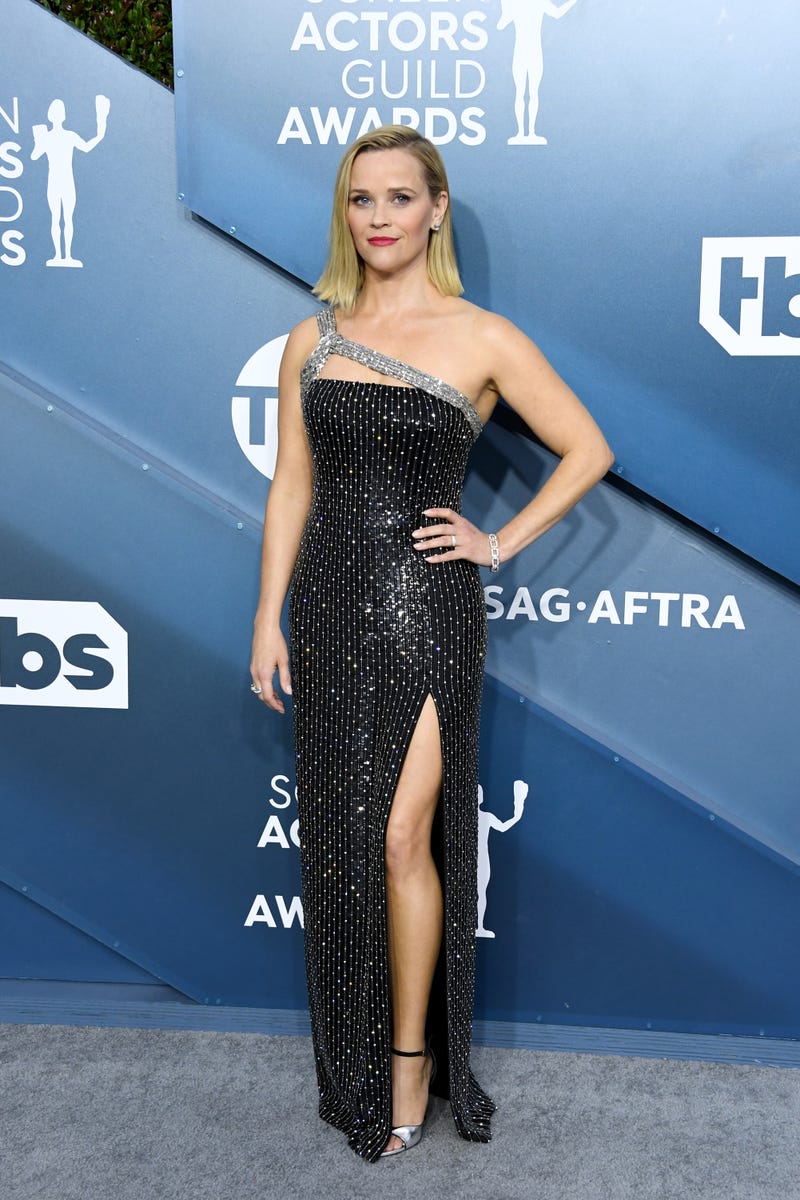 Witherspoon is captivating in this sparkling number, held up by a one-sided diamond-studded strapped. 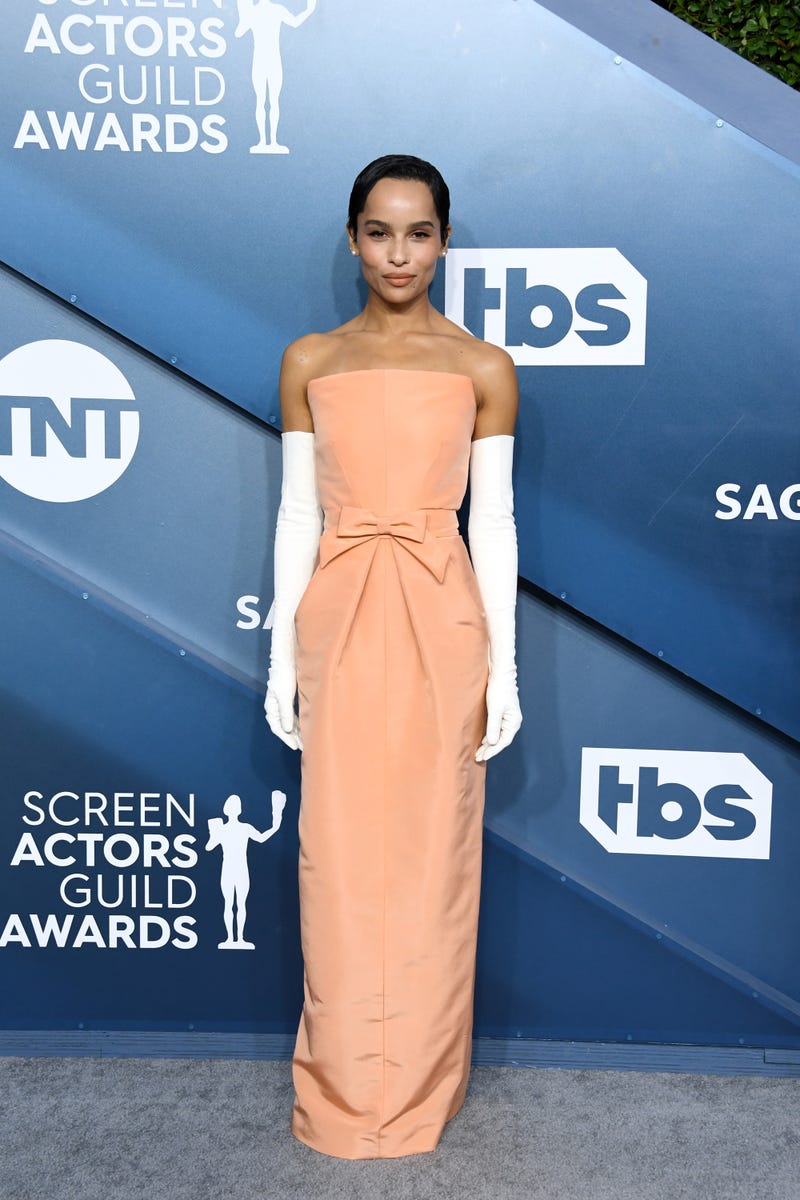 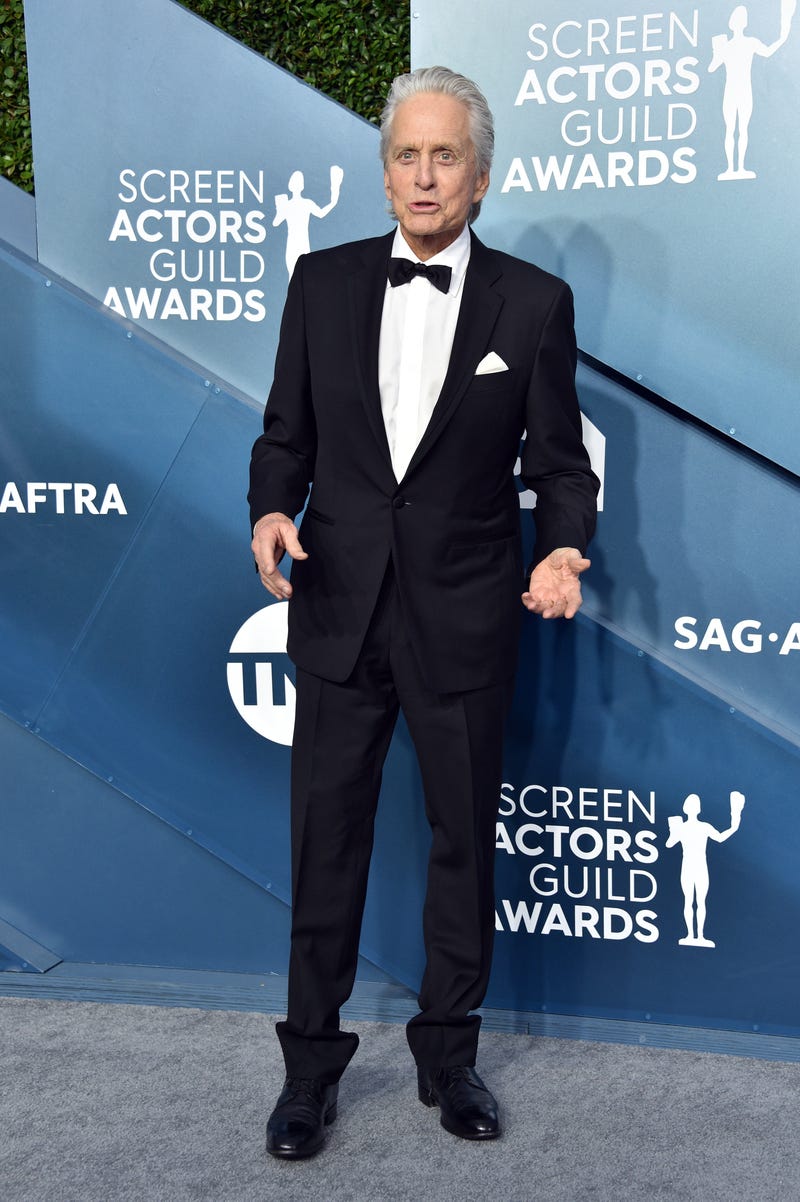 Movie legend Michael Douglas is killing it in this sharp black tux. 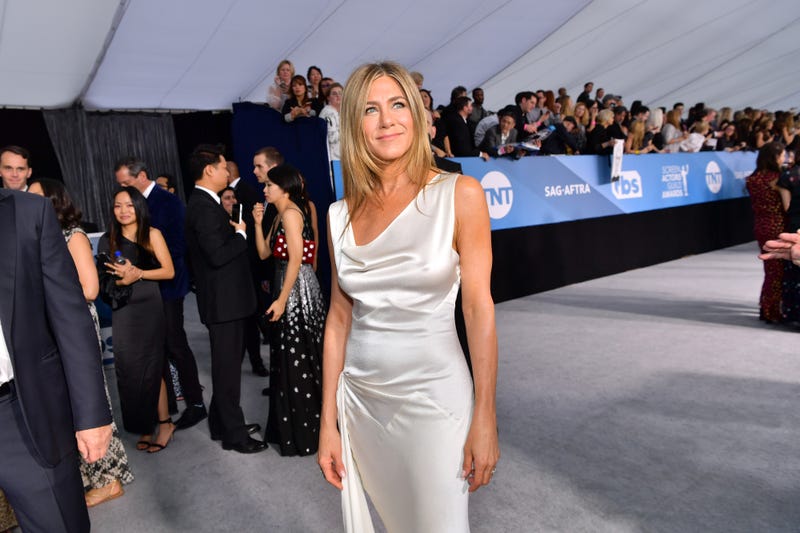 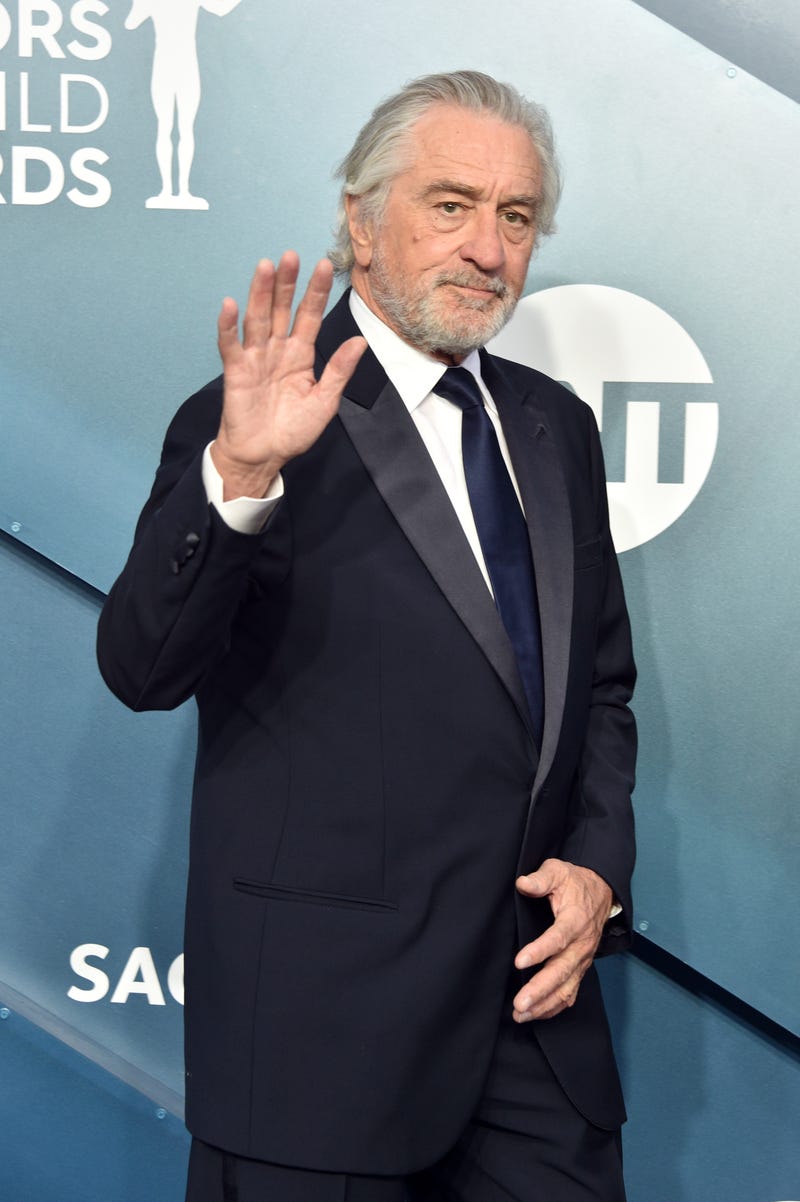 This guy. Look at this guy. This guy is being presented a Life Achievement Award for his legendary 54-year career. 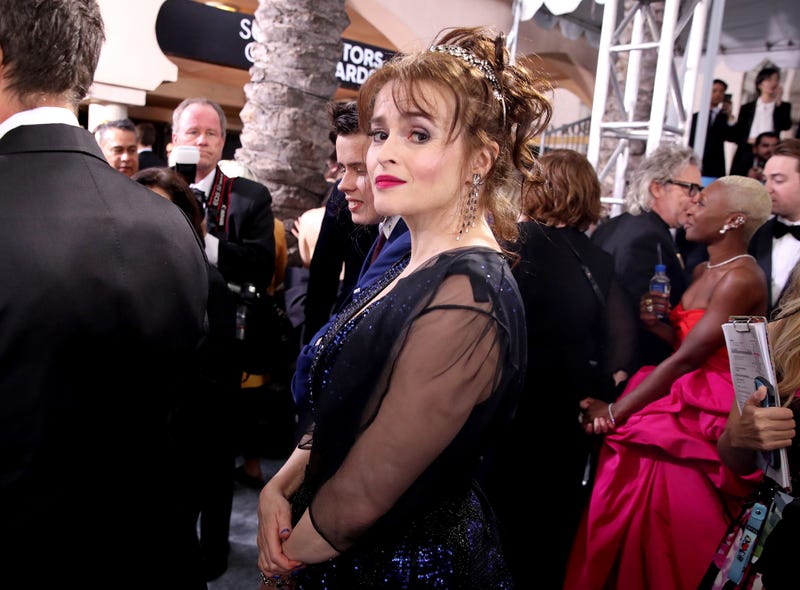 The "Crown" star is looking regal in this beautiful blue dress accessorized by a dazzling tiara. 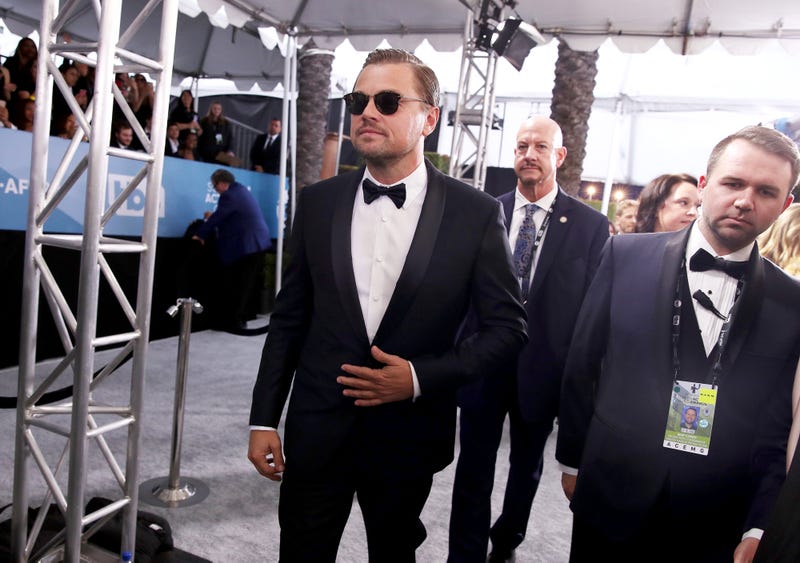 Leo is ready to present a Life Achievement Award to his buddy Bob De Niro. 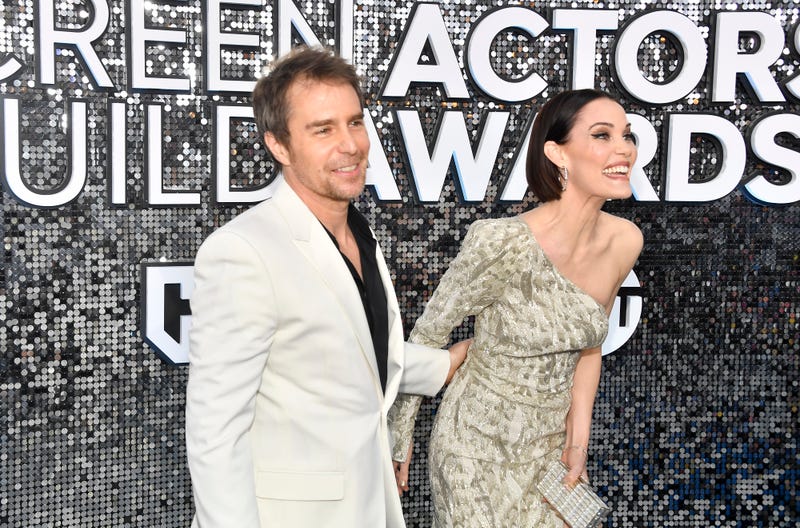 Sam Rockwell and Leslie Bibb have been an item for over a decade, and they were looking comfy and amazing on the red carpet together.