Breakups are difficult, especially when they are happening in the very public eye of Hollywood.

Some breakups were necessary, some messy, some cordial, and a select few completely blindsided us.

Check out the full list of couples that experienced heartbreak in 2019. 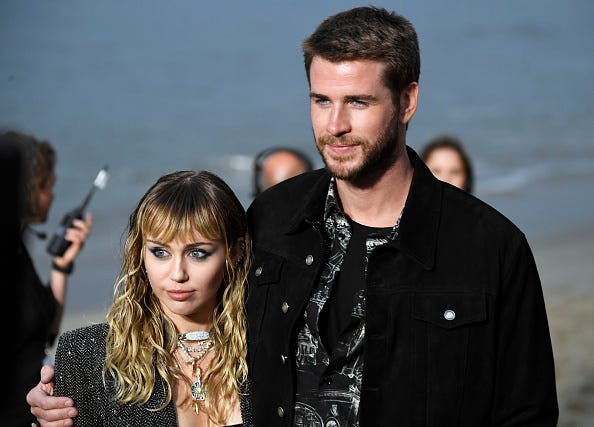 Miley and Liam split after less than a year of marriage, Miley’s rep confirmed on August 10. Before the breakup was official, Miley was spotted getting cozy with Brody Jenner’s ex-wife, Kaitlynn Carter in Italy, though the two broke up in September. Liam and Miley dated on and off for ten years.

After six years of keeping their relationship under the radar, Katie Holmes and Jamie Foxx split in May. 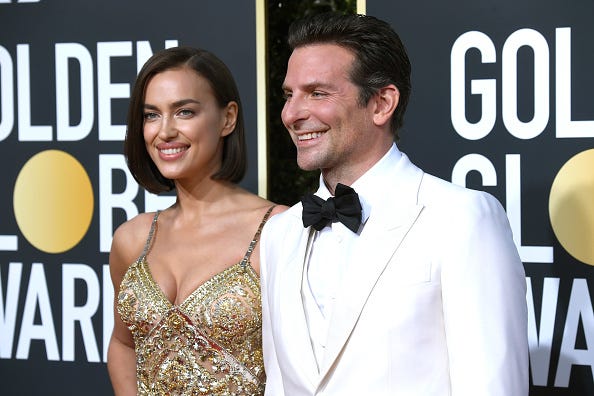 The “A Star is Born” actor and the supermodel split in June after four years of dating. They are amicably working out shared custody of their daughter, Lea De Seine. 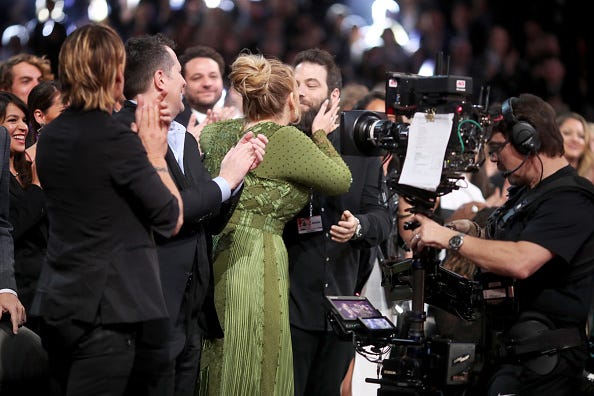 The singer and her partner of seven years seperated in April after just two years of marriage. The singer’s rep said, “They are committed to raising their son together lovingly." 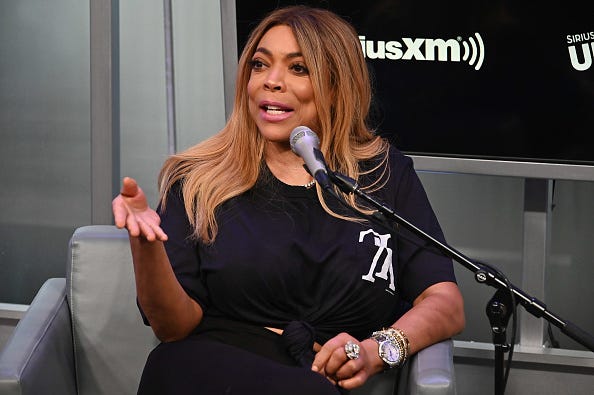 The daytime talk show filed for divorce in April from her husband of 22 years. "Infidelity is one thing, a full baby is a whole other topic," Williams said about her husband's affair. The two share 19-year-old son Kevin Jr.

The makeup mogul and the “Astroworld” rapper decided to end things back in October. They first sparked romance rumors in April 2017 and welcomed their daughter, Stormi, in February 2018.

The reality star and the basketball player’s relationship has been plagued by scandal and infidelity. In June, they called it quits for good when news broke that Tristan allegedly cheated on Kardashian with her sister Kylie Jenner’s best friend, Jordyn Woods. 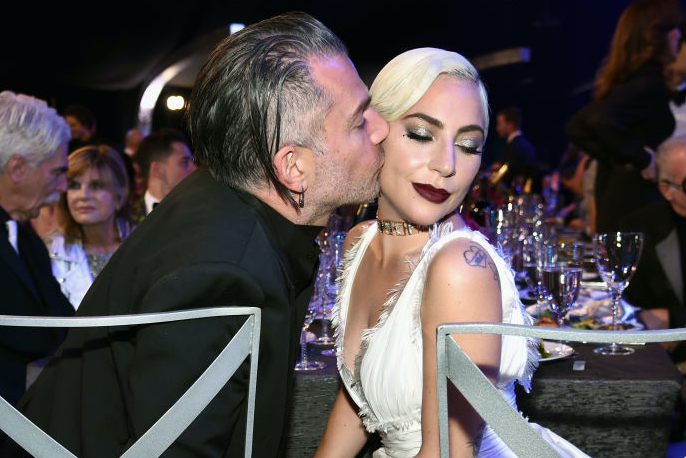 Speculation that the singer and her fiancé broke up began when she didn’t bring him to the GRAMMY Awards. Her reps confirmed the split shortly after. 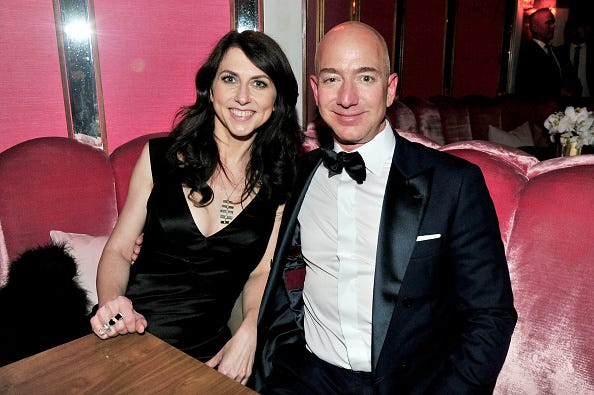 Bezos announced his divorce from his wife of 25 years in a tweet on Jan. 9. The Amazon CEO said they will continue on as friends. The share four children. In the divorce settlement, MacKenzie got 25% of the couple’s Amazon stock, which is roughly $38 billion. 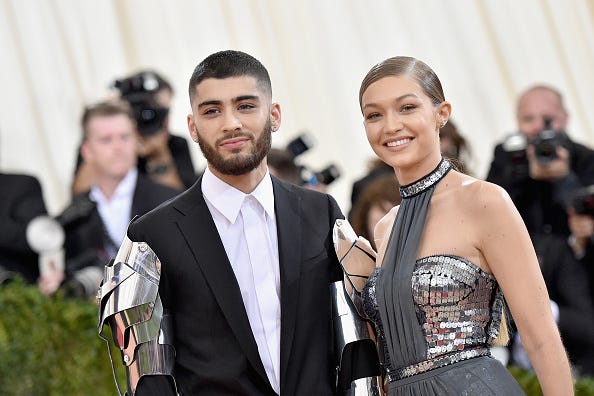 The on-again-off-again couple split in January, shortly after rekindling their romance for the second time. The former One Direction crooner and the model began dating in 2015. 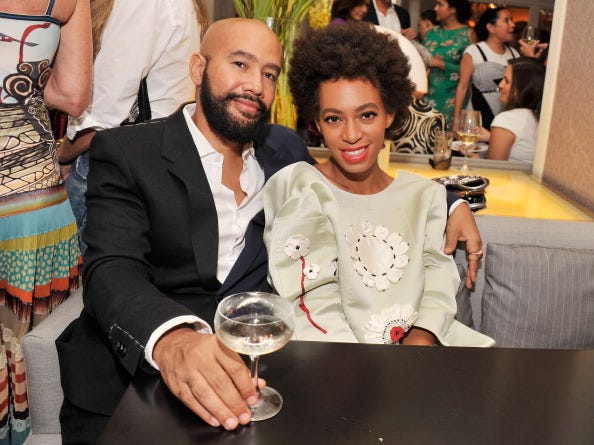 The singer announced the split from her husband of almost five years in November on Instagram. The two began dating in 2008 and tied the knot in November 2014. 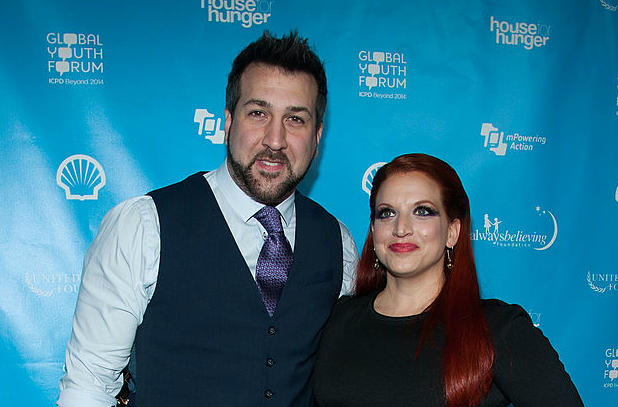 The former NSYNC member filed for divorce from his estranged wife in May. The couple had been separated for a few years, and he moved on with girlfriend Izabel Araujo. Fatone shared two children, Briahna and Kloey, with Kelly.

The “Beverly Hills, 90210” actor and his wife split after nine years. “It is with a heavy heart that I tell you Erin and I are splitting up. With our hectic work schedules we could not be busier, and over the last few years have grown apart,” he wrote on Instagram. They are co-parenting their daughters together.

A post shared by Christina Hendricks (@actuallychristinahendricks) on Oct 15, 2019 at 5:58pm PDT

The “Good Girls” actress and her husband announced their split in a joint statement on Instagram. After twelve years together, they vowed to remain friends and co-parent their dogs. 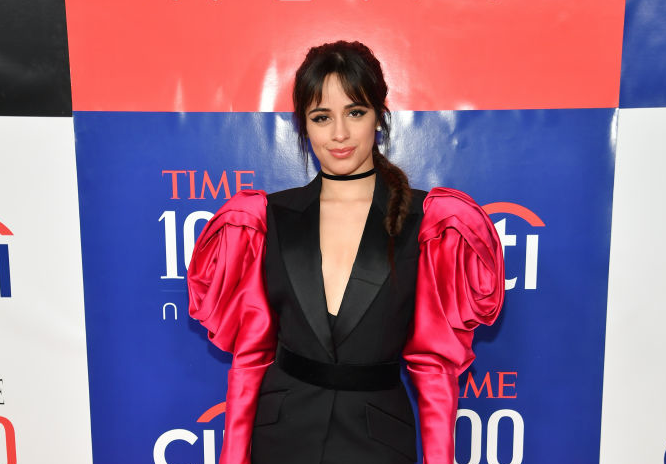 The singer and her relationship coach boyfriend split earlier this year after more than a year of dating. The breakup came shortly after Cabello and current beau, Shawn Mendes, debuted their steamy duet "Señorita." 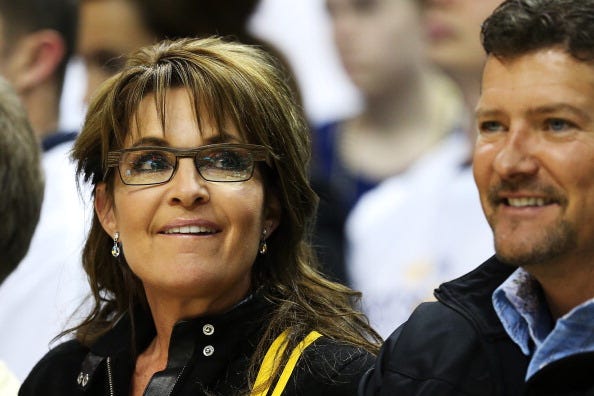 The Palins have called it quits after 31 years of marriage. Todd filed for divorce from Sarah on Sep. 6, citing “incompatibility of temperament between the parties such that they find it impossible to live together as husband and wife.” 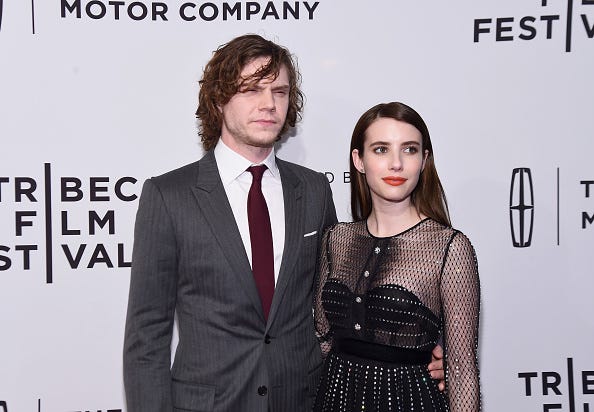 The “American Horror Story” co-stars called off their engagement in March after seven years together. They began dating in the summer of 2012. Rumors of their split began after Roberts was spotted kissing Garrett Hedlund earlier this year. 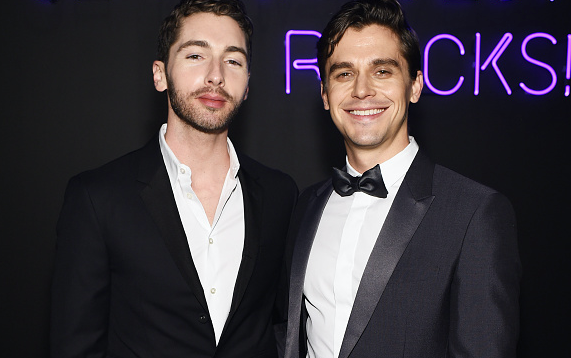 The “Queer Eye” actor and his boyfriend broke up earlier this year. They made their relationship Instagram official last December. 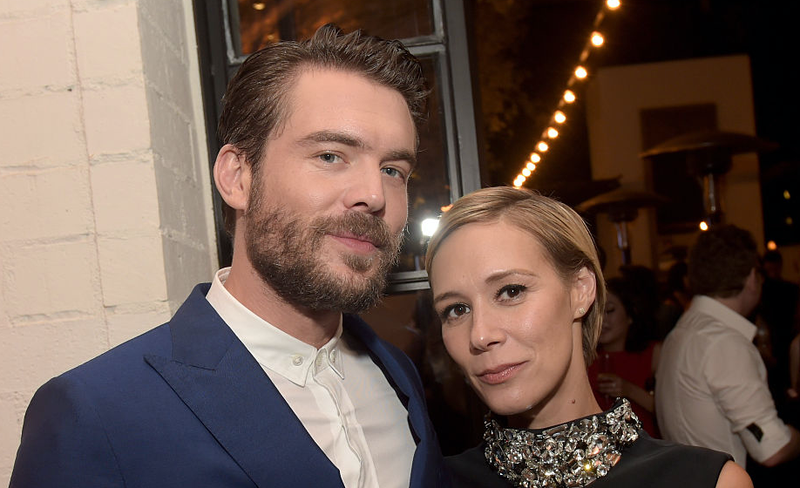 The “How to Get Away with Murder” co-stars ended their relationship in a far less dramatic way than their on-screen characters. Weber confirmed the split in February saying that they remain friends and “love working together.”

The second time was not the charm for these two. The actor and the "Saturday Night Live" producer called it quits in April after rekindling their relationship earlier in the year. 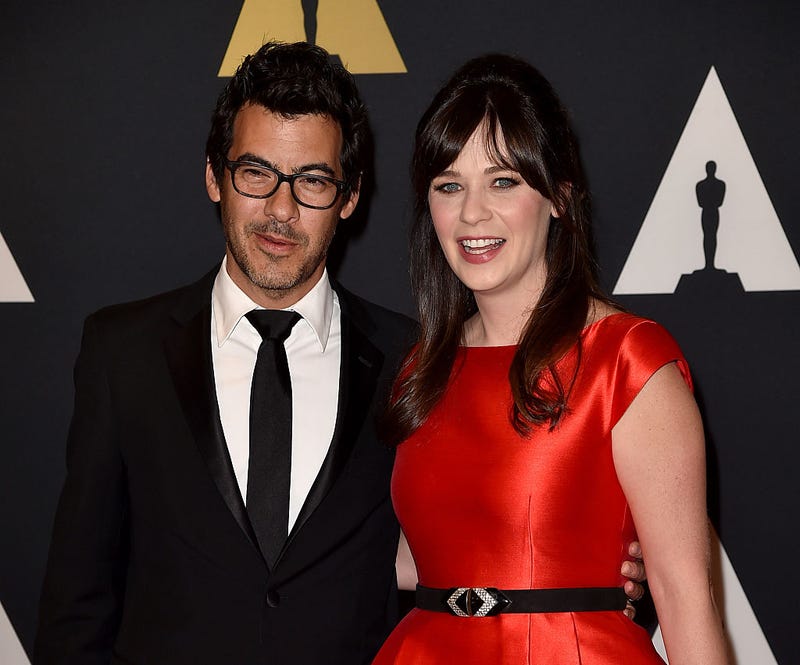 The “New Girl” actress and the film producer split after four years of marriage. In a joint statement, the two said they “decided we are better off as friends, business partners and co-parents rather than life partners.” They share two children, Elise and Charlie.

The “One Chicago” franchise actors have called it quits. Us Weekly reported that they began dating last September. Sources say that the breakup was amicable, and they remain friends. 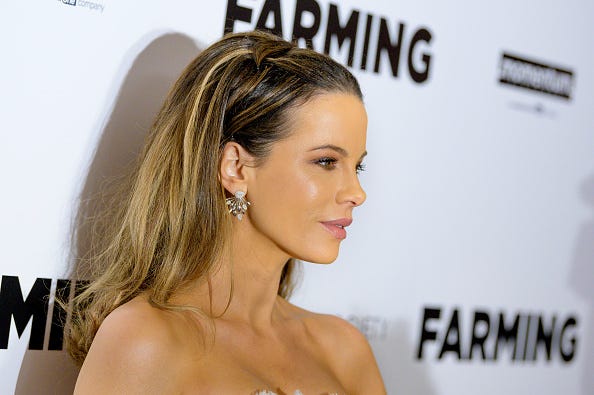 After his short-lived engagement to Ariana Grande, Davidson had a high-profile relationship with English actress Kate Beckinsale that ended after four months. Things reportedly ended amicably. 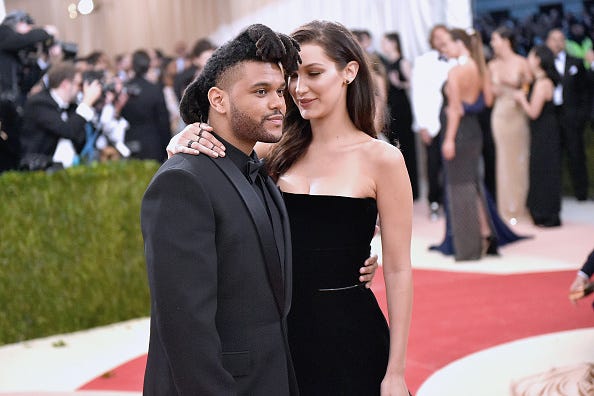 Bella Hadid and The Weeknd

The “Star Boy” singer and the model broke up for the second time in August. Their relationship has been on-and-off since April 2015. 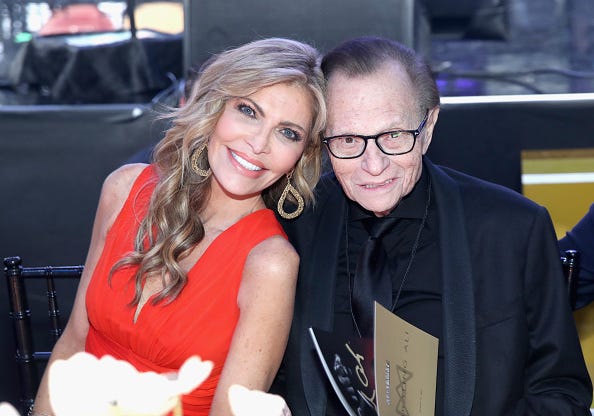 The 85-year-old TV host is divorcing his seventh wife after 22 years of marriage. They previously filed for divorce 9 years ago in 2010, but did not follow through. They have two sons together, Chance and Cannon.

The “Supergirl” actress and her husband announced their split in a joint statement after nine years of marriage. "Our daughter is our primary concern and we remain committed to co-parenting her together,” they wrote.

The Colombian singer and the model announced their split after two years together. In a statement to Page Six, Barulich said, “I love Juan Luis very much but right now we need to take time for ourselves and our careers so that we can continue to grow as artists and individuals.” 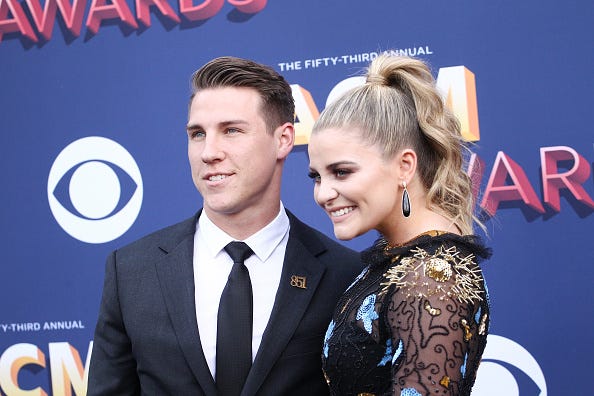 The country singer and her fiancé called off their engagement just six months after it happened. After six years, they said they’ve “grown into very different people.”

The country singer announced that she’s single again in September when she broke up with comedian John Crist. The couple began dating in May. 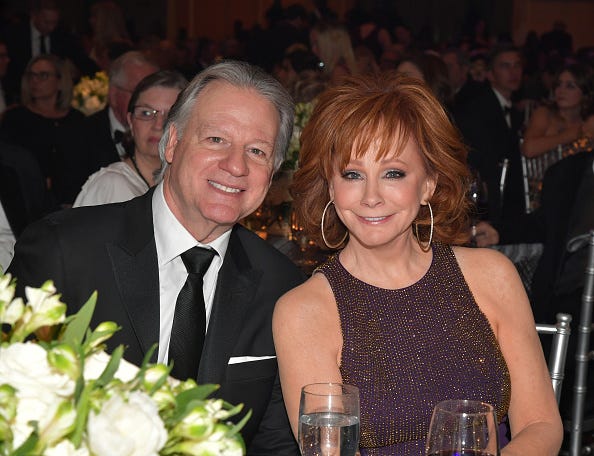 The country singer and the retired oil geologist split after more than two years of dating. “Skeeter and I broke up in May, so, unfortunately, we will not be spending that time together,” Reba told Us Weekly when they asked about holiday plans. 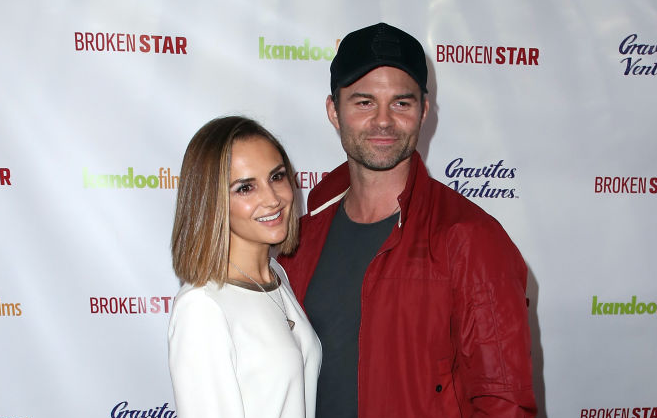 The “She’s All That” star and “The Originals” actor announced their split in a joint statement after 15 years of marriage. They will continue to co-parent their two children, Charlotte and Theodore. 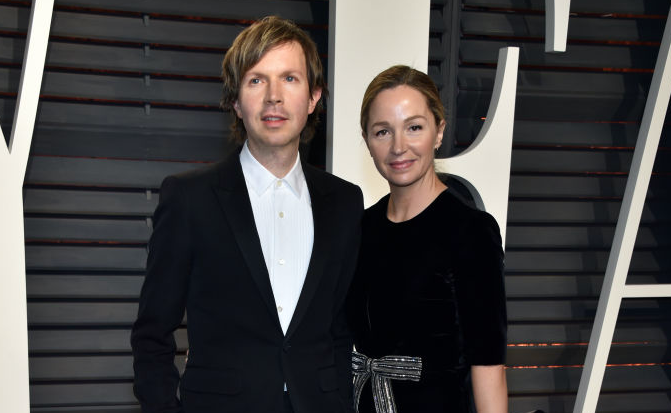 The GRAMMY award-winning musician filed for divorce from his wife of 15 years in February. They share two children together, Cosimo and Tuesday.