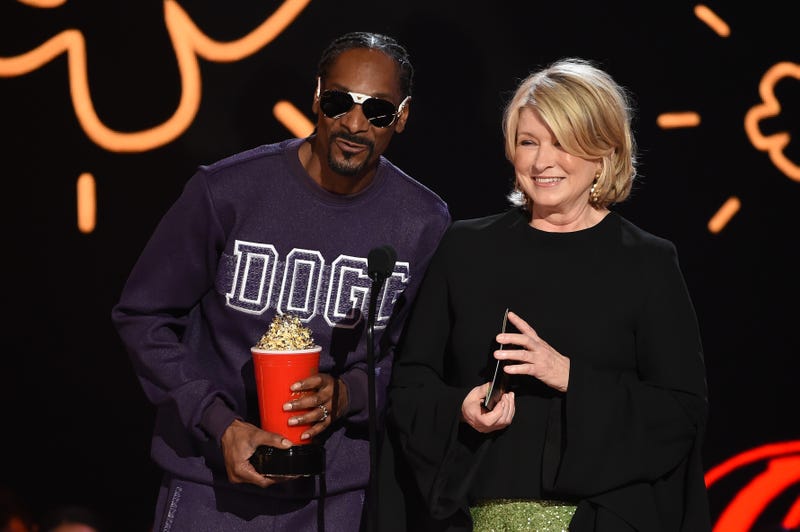 How exactly would you describe Martha Stewart and Snoop Dogg's relationship? Their friendship is an unlikely anomaly, so perfect that it feels like destiny.

The influence they've had on each other is undeniable. Snoop -- whose birthday is Oct. 20, 1971 -- has been by Martha's side when she's taken the gloves off, and Martha has no doubt played a part in edging out the homelier side of Snoop. Not even calling them BFFs quite captures the magic that happens when these two are together.

But this celeb friendship made in heaven didn't happen overnight. It was a slow burn that has taken over a decade to bloom into the beautiful flower it is today. Walk down memory lane for the full scoop on how we got to Martha & Snoop.

Snoop guest stars on 'The Martha Stewart Show' in 2008.

It feels like only yesterday that Snoop stopped by the now-defunct "The Martha Stewart" to make some mashed potatoes and talk about the difference between white and black pepper. Looking back on his appearance, Snoop credits Martha for being ahead of her time with the invitation. He said, "Martha kind of, like, pioneered this. As far as letting rappers become a part of daytime television."

Snoop and Martha bake brownies on her show in 2009.

Even though their chemistry was great on his first appearance, this is where you truly see some magical stuff starting to happen. Snoop rolled onto his second go-around on "The Martha Stewart Show" decked out like a don in a green suede three-piece, and really driving home which ingredient he thinks is missing from Martha's recipe. "When do we add the um..." Snoop asks. Martha doesn't miss a beat, replying, "Later, that's a secret." And yes, Snoop did suggest that they bake the brownies at 420 degrees instead of 350. Their unlikely chemistry is a bizarro zen chill. 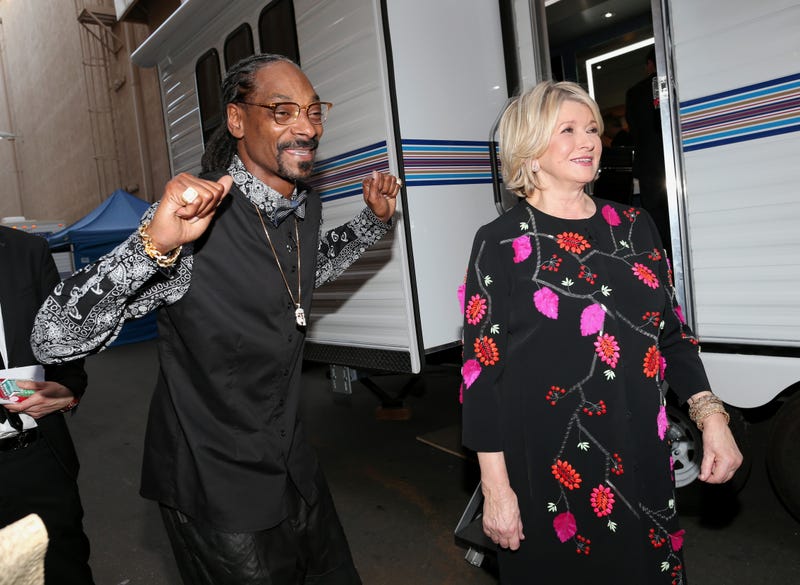 Martha gives Snoop a shout out on Reddit in 2014.

You know they're a real one when they shout you out on their AMA. When Martha sat down to do an Ask Me Anything (AMA), where Redditors can ask celebs whatever they want to, she said she missed the homie Snoop, writing that "I wish I were closer friends with Snoop Dogg." Just hold on, Martha. 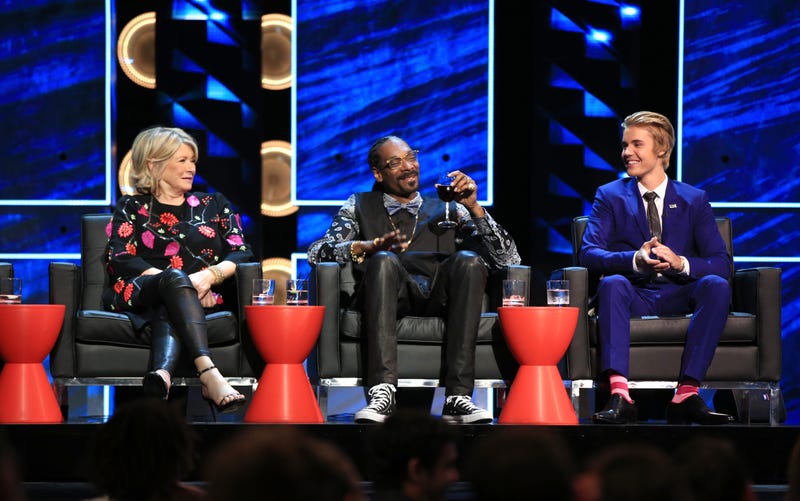 They roast Bieber on Comedy Central in 2015.

In 2015, Biebz tried to tighten up his PR game by doing a Comedy Central roast, and Martha and Snoop were happy to be there and royally clown him. "She stole the show," Snoop said of Martha's appearance. "She was the funniest roaster that night." Martha must have felt extra funny sitting next to Snoop all night. "The whole roast, I'm just smokin' dope," Snoop told Howard Stern. "It's just secondhand smoke, secondhand smoke. By the time she get up there to tell her jokes, she's whacked out of her head, but she steals the fucking show."

When they first linked up in 2008, a Martha & Snoop cooking show would have sounded absurd. By 2016, it would have been crazy not to happen. Since their hit show first aired on VH1 that year, they've earned a 100% rating on Rotten Tomatoes and a freakin' 2017 Emmy nomination. But it's not surprising, given moments like the one above where Martha tells Snoop and Diddy what she puts on when she wants to feel sexy. Even though it's good fun, the show is deeper than that for the two co-hosts. "The melding of cultures is really what I want to see happen in the United States and so does Snoop," Martha said of their friendship. "There shouldn't be any divides. There shouldn't be any question that we can all get together and get along."

They spoof a scene from 'Ghost' for one of their show's promo spots in 2017.

Just when we thought it couldn't get any better, Snoop and Martha drop a new ad for their show online: it is essentially a full-on comedy sketch spoofing that iconic scene from "Ghost." 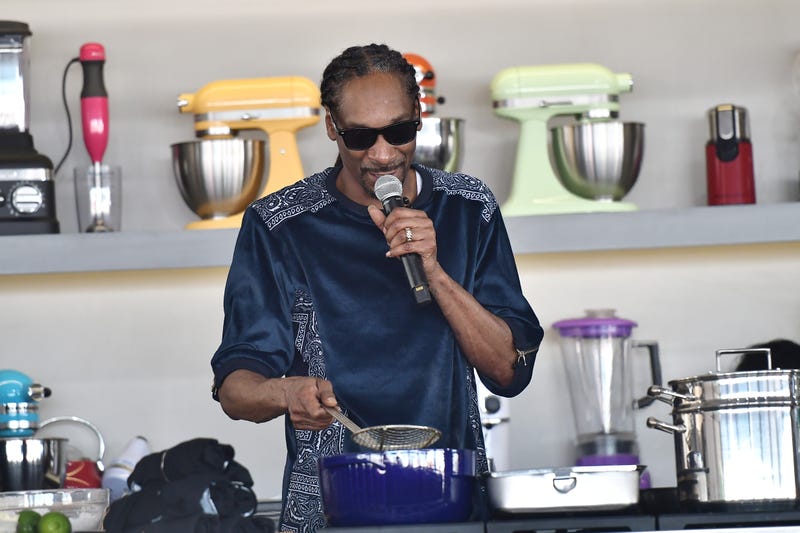 Snoop's drops his cookbook 'From Crook to Cook' and gets props from Martha in 2018.

When you look back at their friendship, this one was inevitable. Snoop joined Martha in the ranks of celebrity chef-dom with his cookbook, which featured recipes for orange chicken, fried bologna sandwiches and (duh!) gin and juice. But these aren't just stoner faves -- Martha expressed admiration for her BFF's culinary technique. "I really, I actually like to watch him cook," she said. "I mean he's so particular, his little tiny bits of this and that, and it all finally comes together."