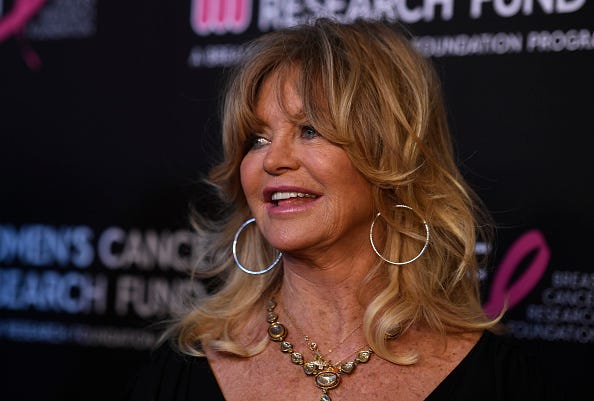 Goldie Hawn has another mini-me.

The title used to belong to her daughter, Kate Hudson, who bears a striking resemblance to the 74-year-old actress, but now, it has been taken over by her adorable granddaughter, Rio.

Hawn posted a goofy shot of her 6-year-old granddaughter holding her legs in the air while eating accompanied by the caption, "Christmas lunch in Aspen with a chip off the old block! Happy upside down lunch to everyone everywhere."

It didn’t take long for fans to point out that Rio looks “just like” Hawn when she was younger.

Apparently, Rio, the daughter of Hawn’s son, Oliver Hudson, even has her “GoGo’s” silly personality.

Hawn’s other lookalike and Rio’s aunt, Kate, commented on the photo with a series of laughing emojis.

Hawn is very close to her family and spends a lot of time with them.

“Couldn’t have picked a better date than my granddaughter Rio,” Hawn captioned the photo of her and Rio.

Hawn and her longtime partner, Kurt Russell, will return as Mr. and Mrs. Clause for “The Christmas Chronicles 2” debuting on Netflix in 2020.