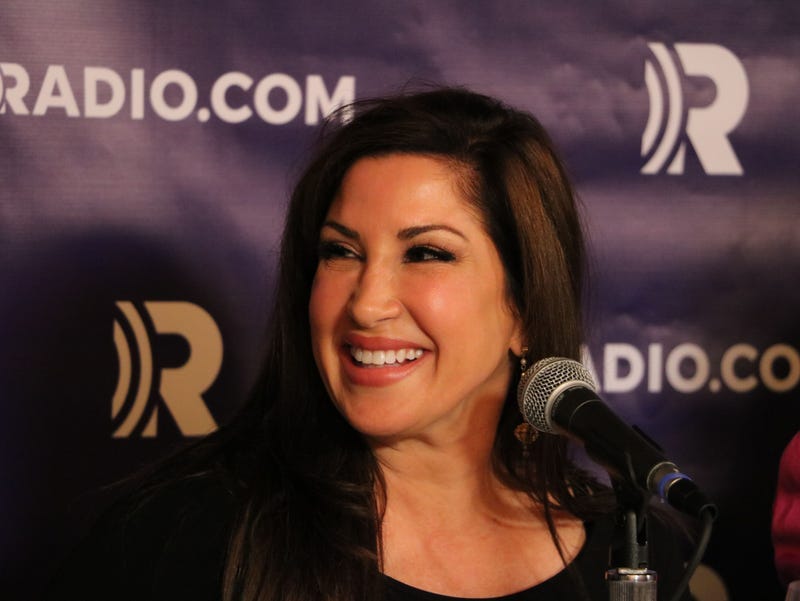 Jacqueline Laurita has a lot to say about her former “Real Housewives of New Jersey” co-star Teresa Giudice’s marriage.

Laurita said on the latest episode of her RADIO.COM podcast, “The LookOver Ladies,” that she was initially reluctant to discuss the subject, but claimed fans have been eager for her thoughts since Teresa and husband Joe Giudice’s recent appearance on a special episode of Andy Cohen’s “Watch What Happens Live.”

Teresa’s marriage has been strained ever since Joe started his 41-month prison sentence for fraud in 2016. Before Joe was sent away, Teresa served 11 months in federal prison.

“They are in a toxic environment,” Laurita said while chatting with co-hosts Jill Ashley and Melissa Polo. “Why not uproot them and start a new life?”

Joe was released from federal prison in March, but has since moved to Italy while awaiting a decision on his ongoing deportation battle.

“I feel bad for the kids. They’re suffering through all that,” said Laurita. “That’s when I’d be home the most because your kids need you the most,” she added, noting reports of Teresa’s partying.

Laurita left “Real Housewives of New Jersey” in 2016 after seven seasons, a decision she does not regret.

“I would never want to be famous for flipping tables, acting classless, being dumb and being a felon,” she said while making a pointed reference to Teresa.

Teresa has made it known she doesn’t plan on relocating her four daughters abroad, which Laurita claims shows Teresa’s feelings for Joe have grown distant.

“She’s not in love with her husband,” Laurita said. “If that was my husband, I would go wherever he went.”

Now that Joe has served his time, the 49-year-old mother of three hopes Joe can move on in the right direction – with or without Teresa.

“I wish Joe a great future,” Laurita said. “I hope he learned from his mistakes and that he’s going to be more successful than ever and happy, wherever he is.”

As far as what she thinks Teresa will do once her time on “Real Housewives of New Jersey” has run its course, Laurita didn’t mince words. “She’ll find a rich man.”

To listen to everything Laurita had to say, check out “The LookOver Ladies” on the RADIO.COM app and everywhere podcasts are available.