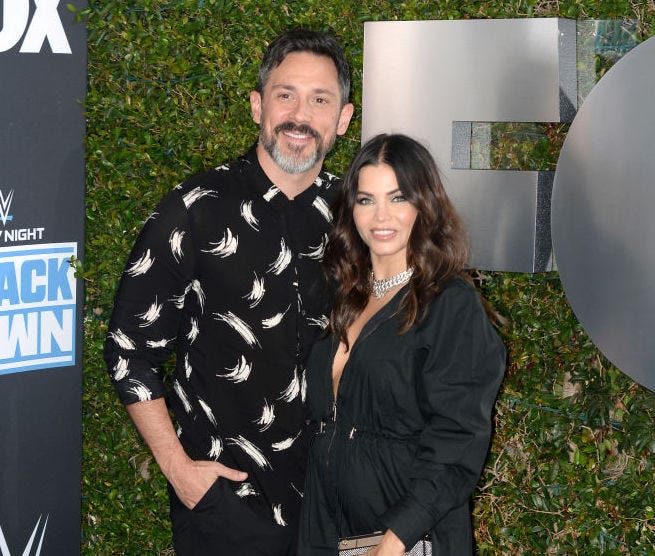 Jenna Dewan is now a mother of two.

The 39-year-old and fiancé Steve Kazee welcomed a boy on Friday, March 6.

While this is the couple’s first child together, Dewan also shares daughter Everly with ex-husband Channing Tatum.

The “Soundtrack” actress shared the news by posting a photo alongside her bundle of joy.

“And just like that, our hearts exploded into all of eternity and beyond,” she captioned a black and white shot cuddled up next to her boy, before revealing his full name. “Welcome to the world you little angel! Callum Michael Rebel Kazee 3/6/20.”

Kazee was equally as proud and posted his own birth announcement.

“In an instant our universe burst wide open and nothing would ever be the same,” the 44-year-old captioned a snap of his son’s adorable hand holding on to his dad’s finger. “Welcome to earth star child. Callum Michael Rebel Kazee 3/6/20.”

The couple’s newest addition comes just three weeks after they announced their engagement.

“A lifetime to love and grow with you…you have my heart,” Dewan captioned a photo kissing Kazee while also flashing her diamond ring.

Back in September, Dewan revealed to People that they would be expanding their family in a pregnancy announcement. “We are beyond overjoyed and couldn’t be happier to be expanding our family!” she told the magazine.

Dewan has been with the Tony-nominated actor since October 2018, six months after announcing her split from Tatum.

With the arrival of little Callum, Dewan’s six-year-old daughter is officially a big sister.

The former “World of Dance” host and the “Magic Mike” actor welcomed Everly in May 2013.

While Dewan and Kazee have yet to reveal a wedding date, the growing family definitely has a lot to celebrate.