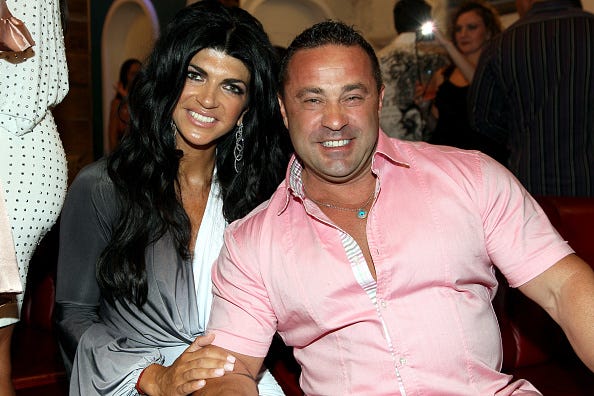 Italy is turning out to be quite a learning experience for Joe Giudice.

The “Real Housewives of New Jersey” star has been residing in the Eurpoean country for about two months and is still adjusting to some of the aspects of his new life.

One of the things the 47-year-old has found to be most peculiar is how different the toilets are than in the United States.

In a funny and blunt Instagram post, Giudice narrated a short video of a seatless toilet that was built into the floor.

"Quite a [expletive] they got in this place, huh?" he said without mincing words.

"How 'bout tryin' to take a squat on that thing? Make a hell of a mess there, if you don't hit the hole."

While it may not be like one of six bathrooms in his multi-million dollar New Jersey home, it’s a vast improvement to what he was accustomed to in prison.

Giudice moved to Italy after being released from Immigration and Customs Enforcement custody. He is currently waiting to hear a final decision on his deportation case, which will determine if he can rejoin his wife Teresa Giudice and four daughters back in the United States.

The Giudices enjoyed a brief reunion when Teresa, the girls and the Bravo cameras visited him for a few days last month.

The family had been separated for nearly four years as Joe served 41 months in prison for fraud and then seven months in ICE lock-up.

While fiercely missing his family and former way of life, Giudice has tried to move on by getting a tiny apartment and has allegedly started working again at an undisclosed new job.

Should he be permanently deported, Teresa has made it known she and her daughters would most likely not move overseas.

WATCH MORE: Teresa Giudice Admits She Cheated On Husband While He Was in Jail