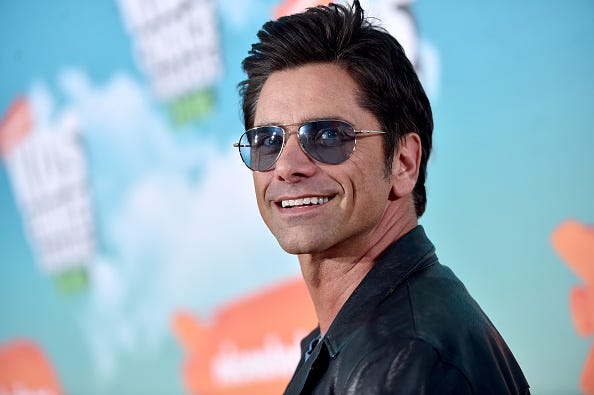 John Stamos with the assist! What's more magical than getting engaged in front of the Walt Disney World fireworks?? Stamos helped a couple agree to get hitched in Disney World last week.

The “Fuller House” star took to Instagram last week with a video of the special moment. The video shows the couple gleefully meeting Stamos just before the man in the video popped the question to his girlfriend.

“To assist with an engagement anywhere is an honor, but at @waltdisneyworld right as the fireworks began? That’s magical! Congrats kids!,” the caption reads.

A rep for Stamos revealed to People magazine that the man in the video met Stamos upon asking for a photo with him. It was then that Stamos learned of the upcoming proposal.

“I’m about to propose to my girlfriend, will you help me?,” the man asked Stamos.

As the pair geared up to take a photo with the man’s girlfriend behind the camera, the man dropped to one knee to ask the question. “Will you marry me and make me the happies man in the world?,” the man can be heard asking in the video.

Stamos chimed in, “Please say yes!” Stamos then congratulated the happy couple as the man said to Stamos, “That just made it so much more special.”