Julianne Hough and husband Brooks Laich have announced their separation.

On Friday, the pair revealed their plans to split after nearly three years of marriage.

"We have lovingly and carefully taken the time we have needed to arrive at our decision to separate," the couple said in a joint statement to People.

"We share an abundance of love and respect for one another and will continue to lead with our hearts from that place. We kindly request your compassion and respect for our privacy moving forward."

The news comes as it was previously reported Hough and Laich were self-isolating in different states amid the coronavirus pandemic. 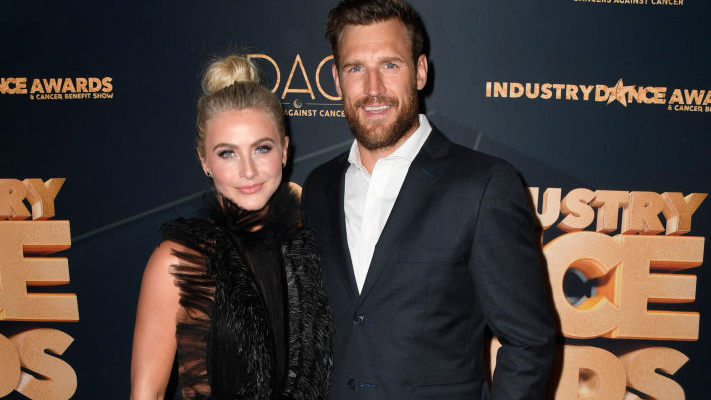 While the “Dancing with the Stars” alum was spending her time in Los Angeles, Laich was in Idaho.

At the end of last year, the 36-year-old former NHL player disclosed his New Year’s resolutions included exploring his “intimacy and my sexuality.”

He also added that he wanted to be more "open to all things and present in my relationships" and said he was most excited about "stepping into a new version of me."

Laich’s exploration of his sexuality came on the heels of Hough saying she was “not straight” in an interview.

At the time, Hough, 31, said she had the full support of her husband.

“We talk about it all the time, if that was not the case we would have a very different relationship," she explained. "But the reason why our relationship works is because we're completely raw and open and exposed."

After dating for over a year, Hough and Laich announced their engagement in 2015. They wed in an outdoor ceremony in Idaho in July 2017.