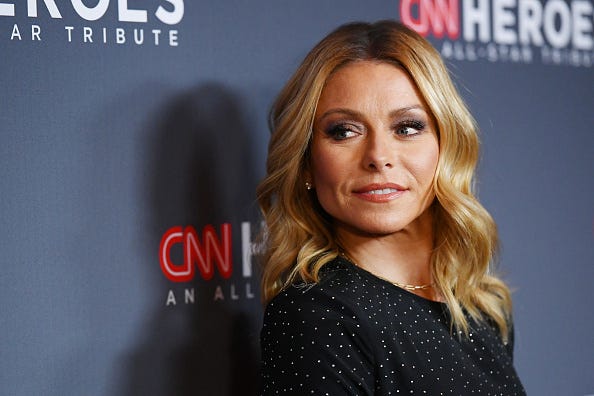 Who says you can’t have a bachelorette party even after being married for over two decades?

Kelly Ripa, who never got to experience the right of passage, finally got to celebrate like a bride-to-be 23 years after tying the knot with husband Mark Consuelos.

While filming “Live with Kelly and Ryan” in Las Vegas, the mother-of-three was treated to a girls’ night out in Sin City with some of the show’s female staffers, reported Fox News.

Ripa was decked out in a hot pink “Bride” sash, while her squad all wore shirts that said “Bride Tribe.”

The group jumped on the prerequisite party bus and made their way to their first stop of the night, LINQ’s High Roller, a massive ferris wheel that overlooks the Las Vegas Strip.

A post shared by LIVE with Kelly and Ryan (@livekellyandryan)

Working up an appetite, the “Bride Tribe” headed to Lisa Vanderpump‘s Cocktail Garden at Caesar’s Palace to enjoy a slew of tasty and decadent desserts.

Then it was time to dance the night away at the Marquee Nightclub, where Ripa even got to play deejay for a while.

With the antics winding down, the ladies headed back to the party bus disappointed having not completed the fifth and final rule of being surprised by a stripper.

Out of nowhere a cop in uniform showed up on the bus saying, "I heard we got a problem here and I'm the solution."

The stripper, who was an older gentleman, then unbuttoned his shirt to reveal fake muscles.

“No actual strippers were hurt in the making of that piece,” Ripa jokingly said to co-host Ryan Seacrest.

The reason the daytime TV host never had a bachelorette party was because she and Mark eloped one day after he popped the question in 1996.

The couple, who first met on the ABC soap opera “All My Children,” have been happily married ever since and share three children, Michael, 22, Lola, 18, and Joaquin, 16.