Kelly Ripa is taking a trip down memory lane.

The “Live With! Kelly and Ryan” host continues to win at social media with precious throwback Thursday gems.

The latest snapshot dates back to a 2001 family trip to Hawaii and finds husband Mark Conseulos posing with two of their three children, who were much younger at the time.

Both the toddlers are wearing Hawaiian-print shirts while Consuelos is rocking a black shirt with khaki pants.

Consuelos gladly joined Ripa in the nostalgic moment as he commented, “OMG!!!!♥️♥️♥️♥️♥️♥️.”

Ripa added, “@aconsuelos i can’t. I simply cannot…….why so fast?”

The couple are also parents to 16-year-old Joaquin.

One fan wasn’t convinced that Ripa got the date right commenting,
"Lola was born in June of 2001. How can this picture be 2001."

Ripa replied that the trip was in December of 2001 meaning her daughter was only 6-months old at the time. 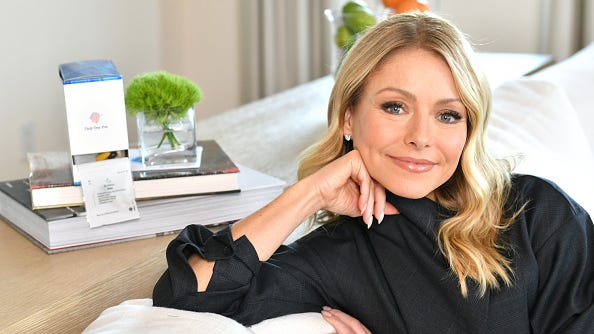 Consuelos’ sister was also touched by the photo writing, "Ohhhhh. The babies! So much cute!!"

Ripa’s family is not only known for posting really great throwback photos and videos, but they also openly troll and shade each other on a daily basis.