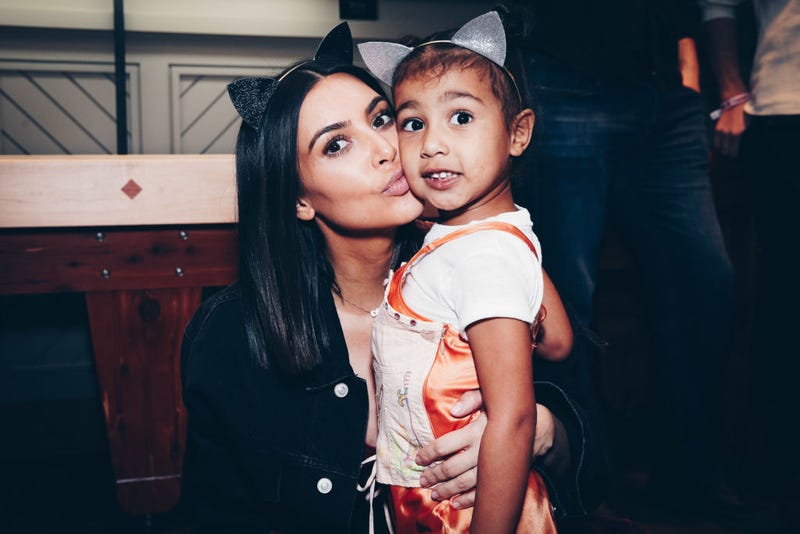 Like mother, like daughter! North West is following in Kim Kardashian's footsteps with her young burgeoning love for beauty products.

Kardashian said her daughter loves trying on her makeup. After her father Kayne West banned makeup in the household, North stumbled on her new obsession.

Kardashian revealed the tidbit about her 6-year-old daughter at the KKW beauty launch at Ulta.

“She’s found it really fun to do a face mask,” Kardashian said. “I’ll get her sheet masks, and if she’s having a sleepover, I’ll do a mask with the girls. They think it’s so funny for some reason. I don’t know why. They just think they’re so fascinating,” she added.

The Kardashian family is not shy about sharing pictures of their children on social media. North West has been featured on her mother and aunts’ social media accounts wearing makeup several times. Her father Kanye West has put an end to it and North has to wait at least until she is a teenager.

While Kardashian spoke to E! News she said, “I think he had it, he changed all the rules.”

“North is trying to get in on the makeup but she’s being blocked heavily because her dad has stopped all makeup for her until she’s a teenager,” Kardashian told told E! News. “So it’s a big discussion, a big fight in the household right now, but it’s what is best.”

Watch More: How the Kardashians Use Their Fame to Give Back in Big Ways