Kevin McCallister wants you to stay safe, ya filthy animals!

Macaulay Culkin is setting an example of how to stay healthy amid the coronavirus pandemic by offering his fans a little nostalgia.

The 40-year-old (you read that correctly) shared a selfie decked out in a face mask that featured the classic image of his “Home Alone” character screaming with his hands on his face.

“Just staying Covid-safe wearing by the flayed skin of my younger self,” Culkin captioned the photo on Twitter.

Just staying Covid-safe wearing by the flayed skin of my younger self.

The post was a hit with fans as it quickly went viral with many sharing their accolades over Culkin’s choice in facial covering.

“Oh this is fantastic! You definitely win the Face Mask Award. Everyone can go home now,” wrote one follower.

“Who needs a mask if they're alone at home though?” joked another.

While a third said what many others were thinking by commenting, “you can't do this and not say where to buy it.”

For the record, there are versions of the mask on Amazon and Etsy. 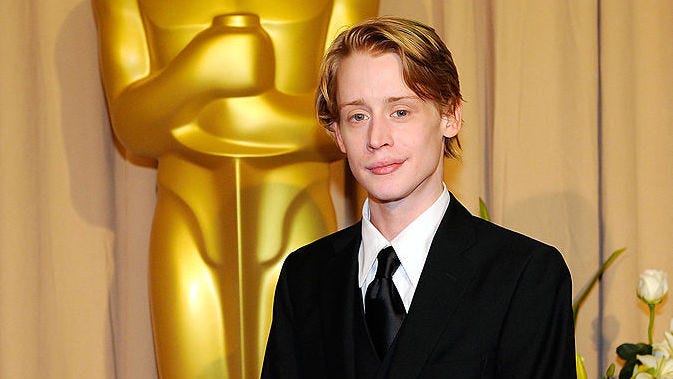 'Home Alone' Is Getting a Reboot

Released in 1990, “Home Alone” made a then 10-year-old Culkin a household name and earned over $476 million at the global box office. Culkin returned for the 1992 sequel “Home Alone: Lost in New York.”

A reboot is currently in the works at Disney+ starring “Unbreakable Kimmy Schimdt” actress Ellie Kemper and “JoJo Rabbit” star Archie Yates. It’s unclear if Culkin will make a cameo.