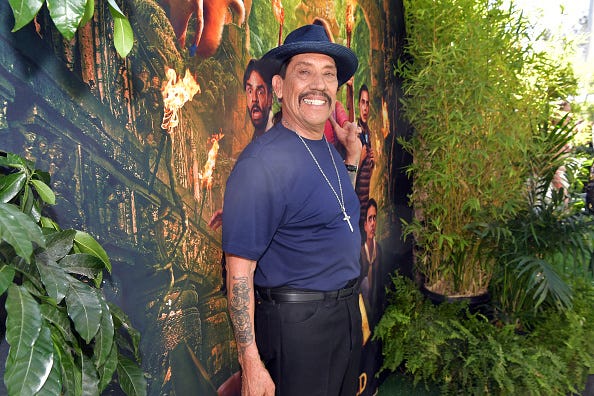 He may be ruthless in his role as the infamous Machete, but Danny Trejo is actually something of a cool, calm, and collected hero. Trejo helped save a baby from a flipped vehicle on Wednesday.

The actor, who starred in “Spy Kids” and the “Machete” films, rushed to help the victims of a car accident when he watched two cars collide and one of them flip over in Los Angeles.

“There was a baby inside and a grandma,” Trejo said in a video posted to his Instagram. But even though Trejo’s fast acting was what ultimately got the baby out, he couldn’t unfasten the child’s seatbelt without the help of a fellow bystander.

“She got in and undid the seatbelt, and I pulled the baby out the other side,” Trejo says of the woman that helped him.

“Pay attention!,” they both yell into the ABC7 cameras.

Trejo’s recollection of the events is that one driver ran a red light, causing the vehicle to collide with another in the intersection.

Luckily, with Trejo’s help, all victims were able to exit their vehicles before emergency personnel even arrived on the scene. Three were taken to the hospital, but none had any life-threatening injuries.