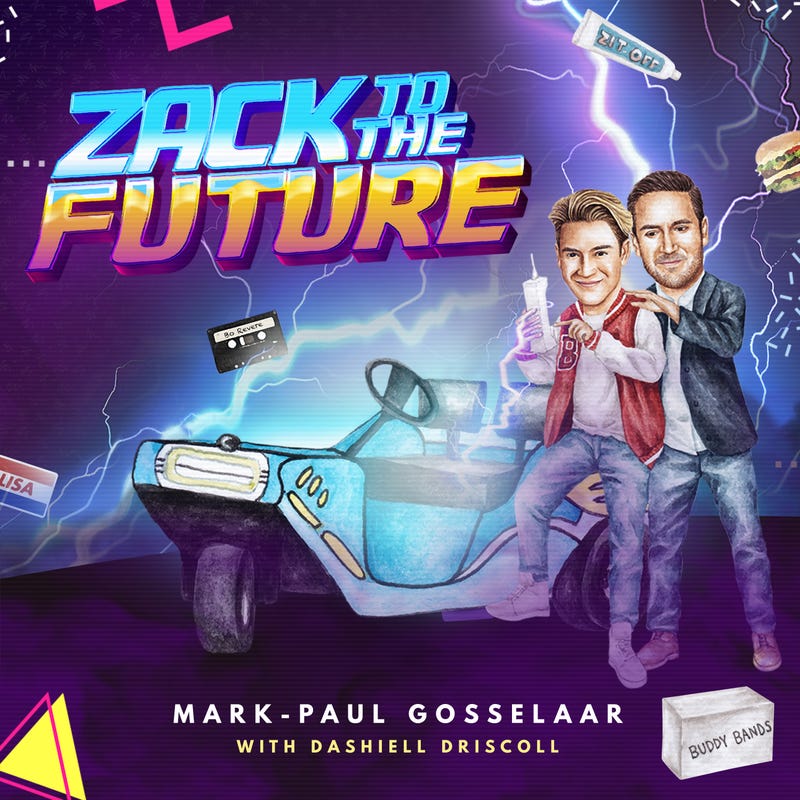 If you were looking for more "Saved by the Bell," you've come to the right place. RADIO.COM's Cadence13 is launching "Zack to the Future," a podcast all about the original TV series.

Hosted by "Saved by the Bell" star Mark-Paul Gosselaar and Funny or Die's "Zack Morris Is Trash" creator Dashiell Driscoll, the podcast will dissect each episode of the original seasons of the show. They'll share never-before-heard stories with special guests as well.

Gosselaar admits that he's never watched a single episode of the series since its wrap nearly twenty years ago when he played key character Zack Morris. That's all about to change alongside "Saved by the Bell" super-fan Driscoll.

"I am so proud and honored to be partnered with Cadence13. For years, I have been asked by the dedicated fans of 'Saved by the Bell' to revisit the show," Gosselaar reveals.

"I couldn't wrap my head around an idea that would keep the audience entertained and celebrate the beloved series we created over 30 years ago, mostly because I can't remember a thing about making it, and I am thrilled to say I have found the answer," he continues.

He finishes, "As my co-host, Dashiell Driscoll will be my key to unlocking every door at Bayside, a key he assures me Zack Morris would've had. I haven't watched a single episode in its entirety since I walked off the sets in 1993. It's time to wheel that big television into class. Go Bayside!"

Driscoll also can hardly contain his excitement, saying, "I've been told there are other TV shows besides 'Saved by the Bell,' and someday I hope to watch one of them - they sound fantastic."

"But until then, I'm so excited to return to Bayside and introduce Mark-Paul Gosselaar to Zack Morris, and to do so with Cadence13," he concludes.

"Zack to the Future" launches on the RADIO.COM app on July 29.