There’s no better time than the present to make some new discoveries about your body.

On Monday, Mark Wahlberg revealed that he underwent a series of allergy tests to figure out what he’s allergic to and found the results to be rather surprising.

"It only took 49 years to realize I’m allergic to almost everything. 🤢," the “Instant Family” actor captioned a photo of his back, which was covered in raised, red bumps.

It only took me 49 years to realize I’m allergic to almost everything. 🤢

While it’s unclear what he tested for and what allergens he’s affected by, the good news is that the skin test gave him almost immediate answers.

The skin test is the most common form of testing. Usually, an allergist will put a tiny bit of allergen on your skin and wait to see how you react.

If the area where the substance was injected swells up or becomes red, it means the test is positive and the person is allergic.

The Instagram photo also revealed that Wahlberg is taking proper precautions to avoid exposing himself and the staff to the coronavirus pandemic by wearing a mask. 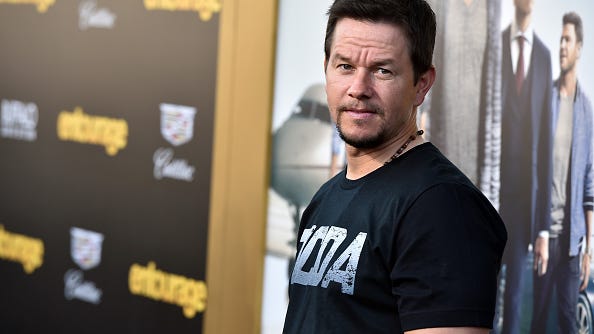 Many of the actor’s followers teased him about his allergies.

"I’m no doctor, but based on the inflammation near the puncture marks it looks like you’re allergic to getting poked by needles," fellow actor Chris Pratt joked.

"If you end up being allergic to wine, I call dibs on the cellar!" professional golfer Justin Thomas wrote.

Thomas wasn’t the only one concerned about Wahlberg’s allergy test revealing a wine allergy. His nephew and actor, Jeff Wahlberg, also thought of the worst asking: "what if u found out u were allergic to wine."

In April, Wahlberg's daughter gave him a quarantine makeover complete with a manicure and full makeup.